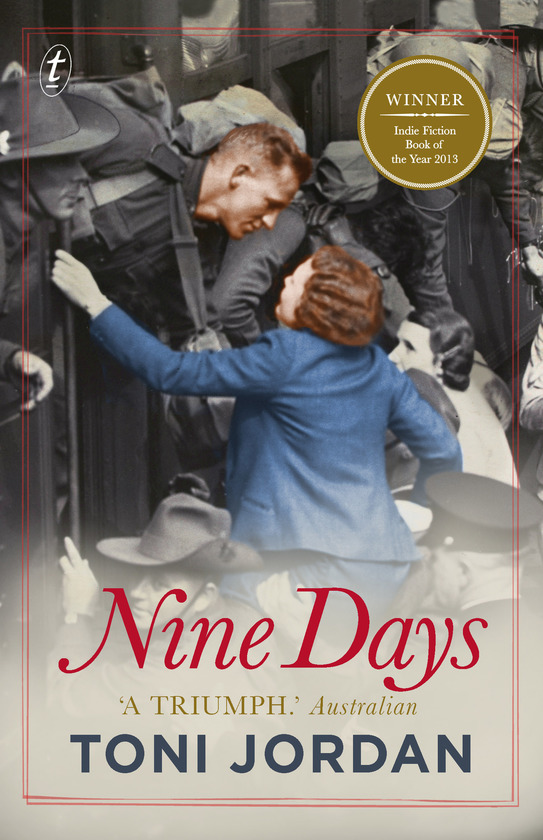 One family. Nine momentous days. An unforgettable novel of love and folly and heartbreak.

It is 1939 and although Australia is about to go to war, it doesn’t quite realise yet that the situation is serious. Deep in the working-class Melbourne suburb of Richmond it is business—your own and everyone else’s—as usual. And young Kip Westaway, failed scholar and stablehand, is living the most important day of his life.

Kip’s momentous day is one of nine that will set the course for each member of the Westaway clan in the years that follow. Kip’s mother, his brother Francis and, eventually, Kip’s wife Annabel and their daughters and grandson: all find their own turning points, their triumphs and catastrophes, in days to come.

But at the heart of all their stories is Kip, and at the centre of Kip’s fifteen-year-old heart is his adored sister Connie. They hold the threads that will weave a family.

In Nine Days Toni Jordan has harnessed all the spiky wit, compassion and lust for life that drew readers in droves to Addition and Fall Girl. Ambitious in scope and structure, triumphantly realised, this is a novel about one family and every family. It is about dreams and fights and sacrifices. And finally, of course, it is—as it must be—about love.

In this interview with the Sydney Morning Herald Toni reveals her inspiration for this gorgeous novel. 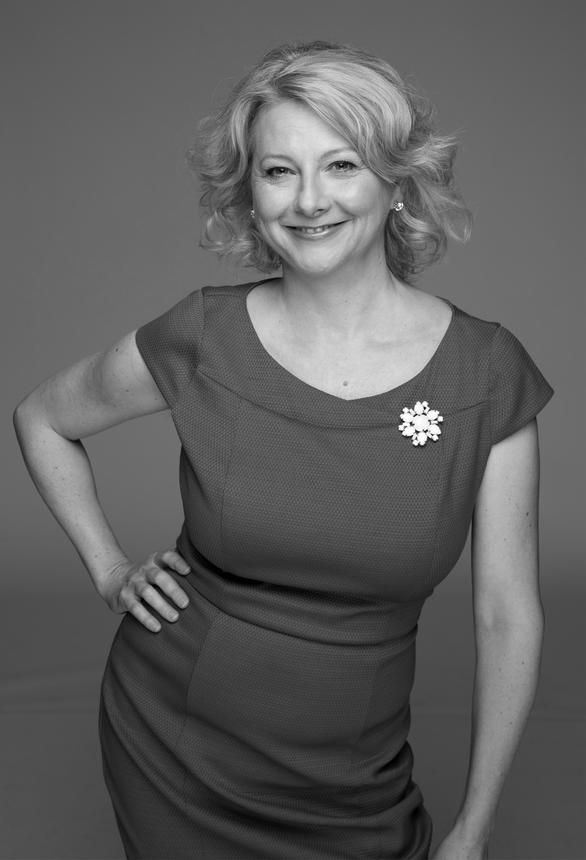 Toni Jordan is the author of five novels. The international bestseller Addition was a Richard and Judy Bookclub pick and was longlisted for the Miles Franklin Literary Award. Fall Girl was published internationally and has been optioned for film, and Nine Days was awarded Best Fiction at the Indie Awards, was shortlisted for the ABIA Best...

‘Toni Jordan has written a beautiful novel which captures the loves and fears of an ordinary Australian family through hard times and better times. It reminded me of Elizabeth Stead’s books.’

‘Jordan is clear that what binds us to one another and to a meaningful life is simply valuing the life you have been given and the family that is yours and yours alone. Reading Nine Days, you will laugh, even cry, but you will be in no doubt that Toni Jordan uses the modern novel to reflect those tensions that exist for many of us between duty and desire.’

‘A brilliant piece of writing…compelling, engaging and will bring tears to the eyes…’

‘Every now and then a book comes along that’s brilliantly conceived and tightly written, yet there’s nothing flashy about it. I think Australian writer Toni Jordan’s third novel, Nine Days, falls into the rare and wonderful category…Each of the nine voices is distinct and brimming with personality and by the finish every part of the jigsaw fits perfectly and you see the whole sweep of this romantic, thoughtful, heartbreaking story…Jordan’s previous novels, Addition and Fall Girl, were smart sassy and humourous. Nine Days has taken her to another level. More serious than her previous work but with the same astute observations, brightness and wit, its a sensitive and beautiful novel, a slice of Australia’s working-class history, that is a joy to read.’ NZ Herald on Sunday

‘This novel is a triumph. Another signal career in Australian fiction is well under way.’

‘Jordan’s triumph is in the structure and scope of this novel set in working-class Richmond, starting and ending indeed in 1939 but spreading out an ensuing 70 years to solve a mystery and build a love story.’

‘The suspense is frequently nail-biting, and there’s a strong undertow of unspecified doom, but the book is far from gloomy because Jordan has a fine line in wit too, not to mention the natural storyteller’s ability to keep us guessing about where it’s all going…beautifully constructed…’

‘Jordan elegantly captures the hopes and despairs of three generations of a troubled family, offering a diverting read that will appeal to fans of sophisticated historical fiction and book club members.’

I have finished dressing. I should go downstairs. Mum will have breakfast ready, or worse: she’ll be standing beside the stove waiting for my order, as though there was a typed menu on the kitchen bench. But here I am, hands on the sill, watching the neighbour’s backyard. She moves her feet as she sweeps: a one-two sideways swish.<div>Now she stops. Is she talking to the broom? </div><div>She holds it loosely between a looped thumb and forefinger while the other hand flutters at her chest. From this angle I can just make it out: she smiles. She curtsies.</div><div>Honest to God, the girl just curtsied at a broom, as though she’s at a ball or in the pages of an old novel. I wish I had a telescope. I cup my eyes with my hands to see her better. Now she places her other hand near the top of the broom handle and raises her eyes to the tip. <div>Bugger me dead. She is dancing. </div><div>One foot forward, then the other. Foot to the side, then the other, skipping to the fence, then back to the vegetable patch, one hand on the broom, the other holding her skirt. Now she twirls, skirt splaying out, a breeze of her own making. Around the post of the clothesline, back the other way. There is a young lilly pilly a few yards from the fence in the corner nearest our place: she is dancing around it and running her hands against the smooth trunk. Standing there in my bedroom, palms flat against the pane, I can somehow feel the bark on my skin. She dances back and I can see her feet, alive in small black boots, peeking from under her skirts. I can almost hear the music from the way she moves, as though there was a twelve-piece orchestra behind the fence. I imagine a piano as she bends at the waist, a rising chorus of strings. The music is in my veins as I watch her dance, the rocking of her body, the turn of her white neck. </div><div>Then I notice: I am also swaying. If I had more than six inches of clearance I’d break into a jig. She has the joy of the morning in her, like she’s the only person in Melbourne who even knows it’s a new day. Hours could pass and I’d still be watching Connie Westaway dance. She circles the backyard, once, twice, thrice, faster and faster. She is the loveliest thing I’ve seen in all these weeks I’ve been away from the bush.</div></div>