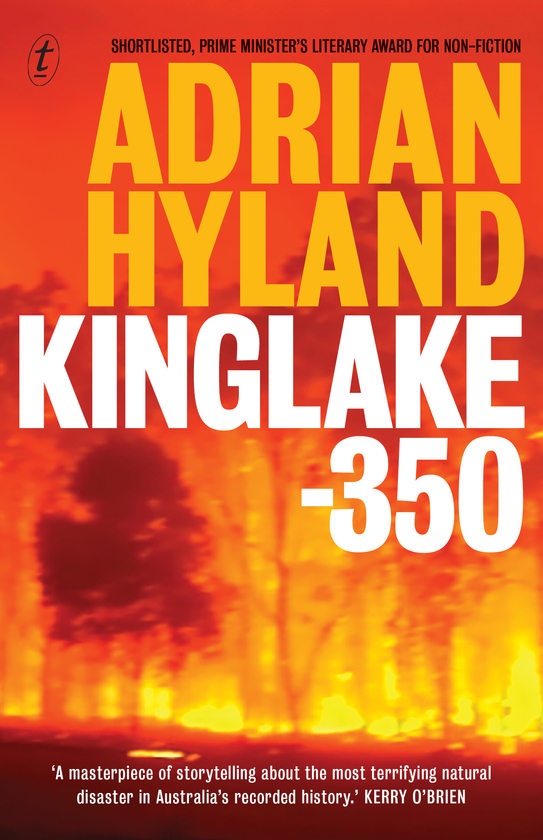 Kinglake-350 is a masterpiece of writing about family, community, country life and what happens when a day of ultimate terror arrives.

Adrian Hyland takes a dramatic and compelling sequence of events on that day and weaves them into a picture of universal significance and deep fascination.

On 7 February 2009 Roger Wood was the police officer in charge of Kinglake, at the epicentre of the worst bushfire disaster in Australia’s history, Black Saturday. As the firestorm engulfed the community, he risked his life, again and again, to try and save people.With the fire raging all around, he phoned home to warn his wife what was coming. She screamed that the fire had already hit their property. Then the line went dead.

Black Saturday was a many-headed monster in whose wake stories of grief, heroism and desolation erupted all over the state of Victoria. This is a book about the monster—and the heroism of those who confronted it. 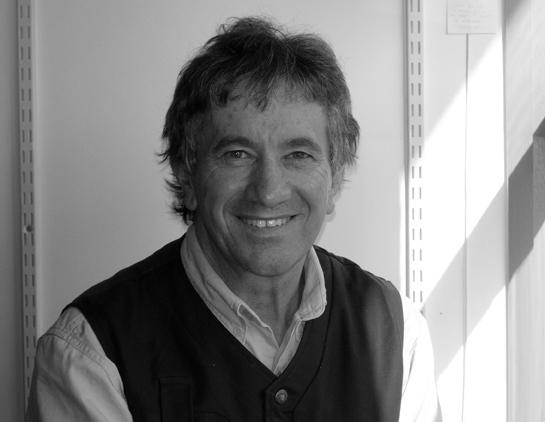 ‘Every Australian, both rural and urban, should read this book. Adrian Hyland pulls no punches in describing the harrowing consequences of living on the planet’s driest and most fire-prone continent, and his account of the disastrous Black Saturday fires is a story of courage, dread and fallibility that will never leave you.‘

‘I’ve been waiting for a writer to look Black Saturday in the eye ever since the flames died down and, finally, Adrian Hyland’s done it. In this compelling and moving book, Hyland has captured the character of a town caught, quite literally, in a fireball.’

‘Kinglake-350 is about more than Black Saturday. It’s about families and communities, the vital nature of ecology and geology; it’s about the genesis of life itself. And while there are too many deaths in this saddest of tales, for the lucky ones the outcome was redemption.’

‘I was compelled by Adrian Hyland’s Kinglake-350, which traces the movements of key members of Kinglake’s community on February 7, 2009, the day a firestorm engulfed the town. Why do some people, indeed some systems, rise to a crisis and others collapse in on themselves? These are complex questions.’

‘Adrian Hyland has found a path through the smoke and confusion to produce an informed account that brings tears to the eyes of the reader. He has woven a selection of experiences into a seamless and gripping narrative that shows the courage, uncertainty, tragedy and stupidity of that day. Although the causes and lessons of the fire were explored in the report by the royal commission, this book will be more widely read. And deservedly so.’

Age Book of the Year

‘Terrifying and moving…Kinglake-350 leaves us with a visceral sense of a harrowing event.’

‘As in the best fiction these characters will stay with you.’

*‘Should I be worried?’ she asks him.* *Strewth, he thinks. She lives in one of the most fire-prone communities in the world, one that’s been hit by numerous fires in its 130 year history. Today is the worst forecast ever, she doesn’t know what a fire plan is and she’s asking if she should be worried?* *Standard police procedure in these situations is to do nothing other than to recommend that members of the public ‘activate their fire plans’. Anything else, any specific suggestion, could go pear-shaped and leave the force open to litigation. You suggest to a person that they stay—you could be held responsible if they die. You suggest they go, they get caught out on the road—same thing. But he looks at her standing there, thinks about the weather, the slope, the parched bush. Thinks about his own family down in St Andrews.* *‘If I were you, ma’am, I’d take the kids and get off the mountain. Early. Go down the city somewhere, visit a friend. Lot of safer places than Kinglake on a day like this.’* *The woman looks a little taken aback. ‘You really think it’s that bad?’ ‘What I’d do if I were in your shoes.’* *She nods thoughtfully, picks up a barefoot boy who’s playing with a rack of pamphlets. ‘Okay, that’s what I’ll do then.’* *He never sees her again, but when he casts his mind back over the conversation, days later, he prays that she took his advice. He doesn’t recognize her among the lists of dead, so he figures she must have.*