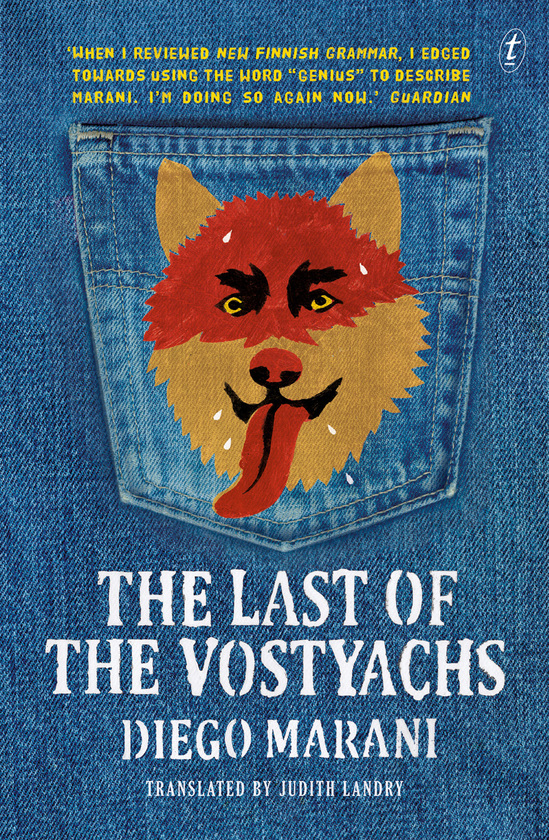 The Last of the Vostyachs

An inventive tale of a long-lost language and culture, forgotten but for a single man.

He felt a shiver run down his spine when he heard the lateral fricative with labiovelar overlay ring out loud and clear in the chill air…It set forgotten follicles stirring in the soft part of his brain, disturbing liquids that had lain motionless for centuries, arousing sensations not made for men of the modern world.

Ivan grew up in a gulag and held his dying father in his arms. Since then he has not uttered a word. He has lived in the wild, kept company only by the wolves and his reindeer-skin drum. He is the last of an ancient Siberian shamanic tribe, the Vostyachs, and the only person left on earth to know their language.

But when the innocent wild man Ivan is found in the forests by the lively linguist Olga, his existence proves to be a triumphant discovery for some, a grave inconvenience for others. And the reader is transported into the heart of the wildest imagination.

Praise for Diego Marani
andThe Last of the Vostyachs

‘Part mystery, part Scandinavian-noir, with a splash of 12 Monkeys.’

‘When I reviewed New Finnish Grammar, I edged towards using the word “genius” to describe Marani. I’m doing so again now.’

‘A roller-coaster ride whisking the reader alternatively through zones of darkness, hilarity, cruelty, tenderness, the near-lubricious…There’s something for almost everyone.’

‘A riot of comic unpredictability.’

‘For Italian fiction in translation, there is nobody more important being published today. This is a beautiful, intelligently funny novel.’

‘Landry is an adept translator, of the kind who likes to make it seem that the book has all along been written in English.’

Marani’s fascination with languages, and with the silencing of language in particular, permeates this captivating work…Part murder mystery set in the Arctic, part study of language, part Norse saga—though spiced with its own modernity, magic and humour—and part evocation of the Arctic wilderness, Marani’s novel shows his extraordinary skills and erudition.‘

Rights forThe Last of the Vostyachs