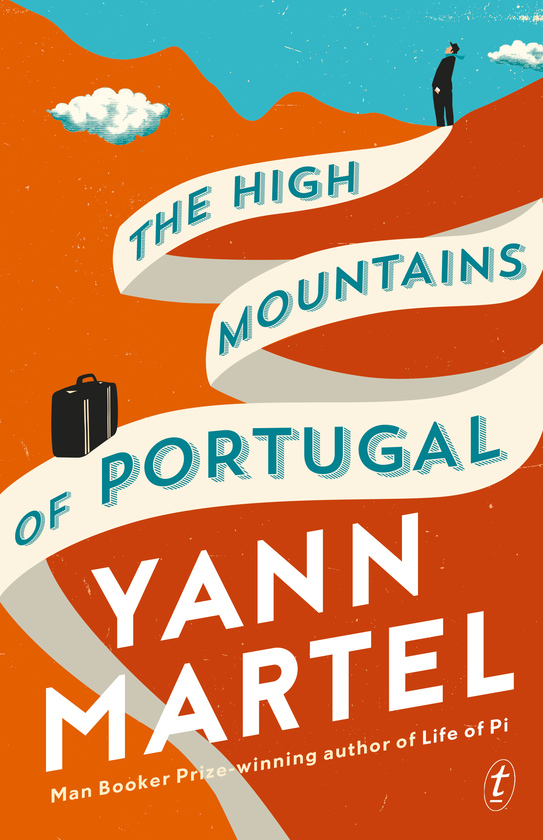 The High Mountains of Portugal

Add to cartright$23.99
tabletBuy the ebook

IN LISBON IN 1904, a young man named Tomás discovers an old journal. It hints at the existence of an extraordinary artifact that—if he can find it—would redefine history. Travelling in one of Europe’s earliest automobiles, he sets out in search of this strange treasure.
Thirty-five years later, a Portuguese pathologist devoted to the murder mysteries of Agatha Christie finds himself at the centre of a murder mystery of his own and drawn into the consequences of Tomás’s quest.
Fifty years on, a Canadian senator takes refuge in his ancestral village in northern Portugal, grieving the loss of his beloved wife. But he arrives with an unusual companion: a chimpanzee. And there the century-old quest will come to an unexpected conclusion.
The High Mountains of Portugal—part quest, part ghost story, part contemporary fable—offers a haunting exploration of great love and great loss. Filled with tenderness, humour and endless surprises, it takes the reader on a road trip through Portugal in the last century—and through the human soul.

2016 Melbourne Writers Festival recordings at the Monthly
Books for Better Policy, with Anna Funder
In conversation with Rafael Epstein 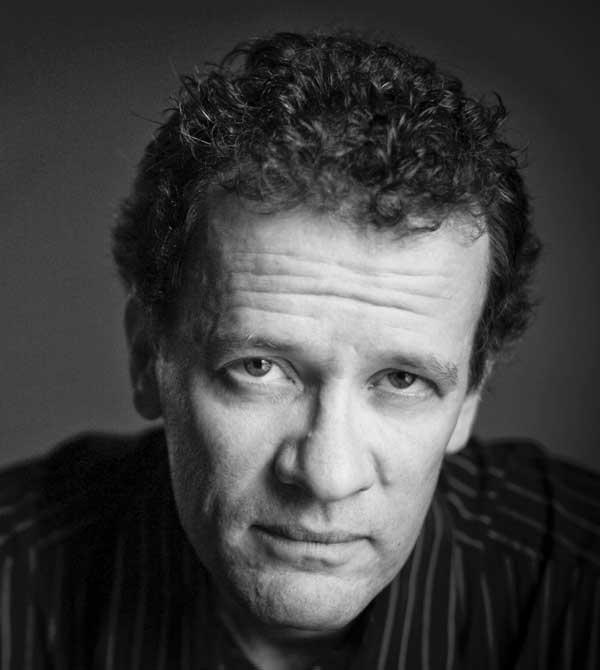 Yann Martel was born in Spain but currently lives in Saskatoon, Canada. He is the award-winning author of four previous books, the most recent of which is What Is Stephen Harper Reading? He studied philosophy at Trent University, worked at odd jobs—tree planter, dishwasher, security guard—and travelled widely before turning to writing. His...

‘Exquisite and beguiling…The High Mountains of Portugal is a delightful and enlivening experience. Its very strangeness makes the world feel more comfortable.’

‘Told in unobtrusive, clean prose, The High Mountains of Portugal has the classic feel of a parable…Fascinating and ultimately satisfying.’

‘[An] extravagant smorgasbord of a novel…at every turn Martel’s deft observations and quiet compassion for human suffering shine through.’

‘The High Mountains of Portugal attains an altitude from which we can see something quietly miraculous.’

‘This allegorical tale drives home the ephemeral nature of beauty and joy and the thin line we all walk between normalcy and madness, especially in the wake of loss.’

‘Martel is in a class by himself in acknowledging the tragic vicissitudes of life while celebrating wildly ridiculous contretemps that bring levity to the mystery of existence.’

‘The moral and spiritual implications of [Martel’s] tale have, in the end, a quality of haunting tenderness.’

‘The prose is sharp, comical, and carries a deeply poignant message: though religion may be one person’s belief structure and another’s laughing stock, it is important to humanity.’

‘[Martel’s] depiction of loss is raw and deeply affecting – but it’s the way in which he contextualises it within formal religion that gives this book an extra dimension…Martel is not in the business of providing us with answers, but through its odd, fabulous, deliberately oblique stories, his new novel does ask some big questions.’

‘The brilliance of some of the ideas must be underscored: at times the story turns on a sixpence, from a flat terra firma to stunning surrealism…Not every book can take your breath away – but this one will.’

‘A wonderfully inventive, 20th-century-spanning odyssey that contains some of the finest writing of Martel’s career.’

‘Martel fills his novel with unusual, different, interesting, and often amusing, elements…There is plenty of humour, some of it dark, some of it laugh-out-loud, almost slapstick.’

‘Martel’s narrative of men driven to adventurous lives by love and death strikes at something ancient and instinctual…his writing hums with a vivid populism.’

‘Once again, Martel plumbs the relationship between storytelling and truth and mixes tragedy with healthy doses of humor…Remarkable. This puzzle of a story woke me up in the middle of the night, and I’ve been turning over aspects of it for days.’

‘Another golden read…Just like Life of Pi, this book will pull you into all kinds of unexpected territory, making your heart beat a little stranger with every page.’

‘Just as ambitious, just as clever, just as existential and spiritual [as Life of Pi]…A book that rewards your attention, giving you much more to think about than most other novels you might read…An excellent book club choice.’

‘If you’re a fan of the fantastic and like to unpick philosophical puzzles about man’s relationship with religion and animals (not to mention Agatha Christie), then you should find this entertaining, and quite possibly, moving.’

‘Charming…Most Martellian is the boundless capacity for parable…Martel knows his strengths: passages about the chimpanzee and his owner brim irresistibly with affection and attentiveness.’

‘Filled with humor, sadness, love and adventure, it’s a perfect balance for those who want a feel-good book that still provides an insight into the human psyche.’

‘A profoundly human novel in its deep and quiet optimism…Gently humorous without becoming whimsical.’

‘A poignant and clever extravaganza of imagination.’

‘Touching, funny and insightful, The High Mountains of Portugal is a beautiful book.’