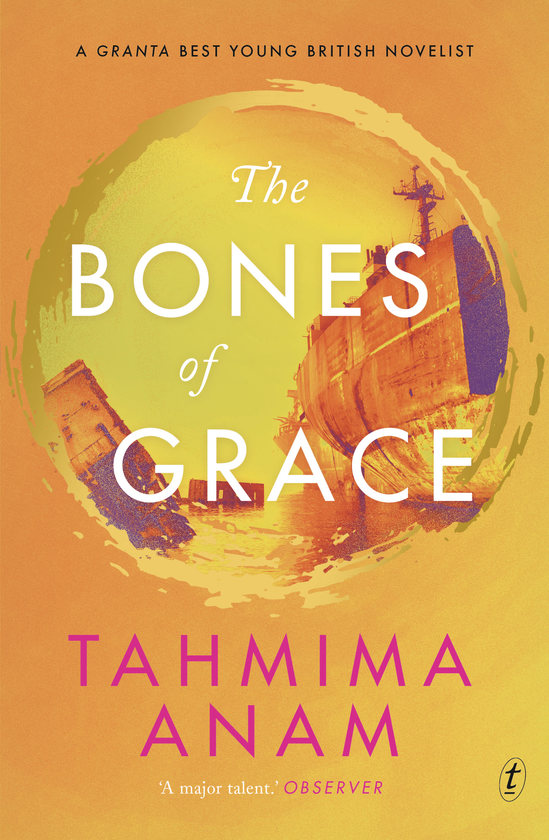 The Bones of Grace

Anwar told me that it wasn’t until he almost died that he realised he needed to find the woman he had once loved. I’ve thought about that a lot in the last few years, that if Anwar hadn’t worked on that building site, he might never have gone looking for Megna, and if only he hadn’t done that, I might still be in the dark about my past. I’ve only ever been a hair away from being utterly alone in the world, Elijah, and it was Anwar who shone a light where once there was only darkness.

On the eve of her departure from Boston to find the bones of the walking whale—the fossil that provides a missing link in our evolution—Zubaida Haque falls in love with Elijah Strong, a man she meets in a darkened concert hall.

The two immediately connect despite their differences: Elijah belongs to a prototypical American family, whereas Zubaidais the adopted daughter of a wealthy family in Dhaka.

But when a twist of fate sends her back to her hometown, the inevitable force of society compels her to take a very different path, and before she knows it she’s married to her childhood best friend and discontentedly settled into a traditional Bangladeshi life.

In a final bid to escape familial constraints, she moves to Chittagong to help make a documentary film about the infamous shipbreaking beaches, where ships are destroyed and their various parts put up for sale.

Here she meets Anwar, a shipbreaker whose story holds a key that unlocks for Zubaida not only the mysteries of her past but the possibilities of a new life—and she will make a choice from which she can never turn back.

Watch the UK trailer below. 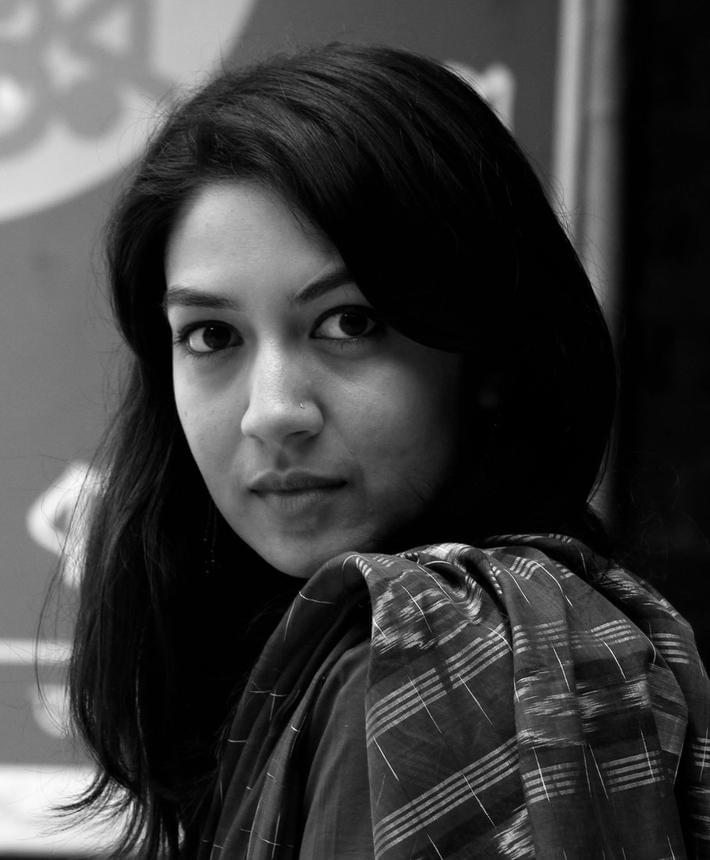 Tahmima Anam was born in Dhaka, Bangladesh. She grew up in Paris, New York and Bangkok, attended Harvard University, and now lives in London. Her writing has been published in Granta, the New York Times and the Guardian. She is also a contributing editor to the New Statesman. A Golden Age, her first novel, won the Commonwealth Writers Prize Best...

‘Anam’s prose is glowing and graceful.’

‘Anam has a knack for making you care so desperately for her characters that you admire their failings as much as their strengths.’

‘The narrative shimmers with poetry. Anam seems to be a novelist not so much luxuriating in the act of writing as in total control of it, using just the right words to create her stunning story.’

Independent on The Good Muslim

‘Anam deftly weaves the personal and the political, giving the terrors of war spare, powerful treatment.’

‘Fierce and intimate, lyrical and expansive, The Bones of Grace offers what a great novel does: symphonic movements, historical landscapes that shape our private landscapes of love and life, mysteries and enchantments, the unforgettable and the unforgotten. Tahmima Anam is a mesmerizer.’

Yiyun Li, author of A Thousand Years of Good Prayers

‘Expansive yet intimate, weighty yet incisively funny, The Bones of Grace is a powerful examination of what it means to live in a world of collapsing boundaries and conflicting values. Few people write about identity and culture with such elegance and intelligence as Tahmima Anam.’

‘A novel of heart, brain, and muscle – the competing pulls of history and love are evoked here with a rare honesty, and great skill.’

Kamila Shamsie, author of A God in Every Stone

‘Intricately structured, [The Bones of Grace] attempts to reassemble all its floating clues and end at its starting point, with its heroine reconstructing an elliptical past and searching for an elusive future…the story is speckled with anecdotes from the history of a country both young and very old.’

‘[Anam] weaves a wealth of curious facts into a plot that itself is mesmerising, and does so with some gorgeous descriptive prose…[Her] characters are multifaceted, all have flaws, and the reader cannot help but care about their fate…A brilliant read.’

‘A twisting, fantastical tale of fate, chance and opportunities missed…Anam’s chief strength as a novelist is her knack for richly detailed and peopled worlds…We are taken on a meandering carpet ride through some exotic and surprising places, and there’s much to be enjoyed in that.’

‘The Bones of Grace has at its heart not war but the shattering effects of conflicted love…Zubaida’s choice between love and duty is reminiscent of Anna Karenina.’

‘A novel of heart, brain, and muscle – the competing pulls of history and love are evoked here with a rare honesty, and great skill.’

‘Seemingly disparate stories slowly coming together one by one, until the moment a last piece clicks sweetly into place to give us the revelation of a perfect, satisfying whole.’

‘Few people write about identity and culture with such elegance and intelligence as Tahmima Anam.’

‘Anam has created a novel that looks honestly at cultural history, family ties, religion, honour, and secrets, it is both intimate and expansive, achingly sad yet insightfully witty. Literature at its best opens doors and with The Bones of Grace Tahmima Anam does just that.’