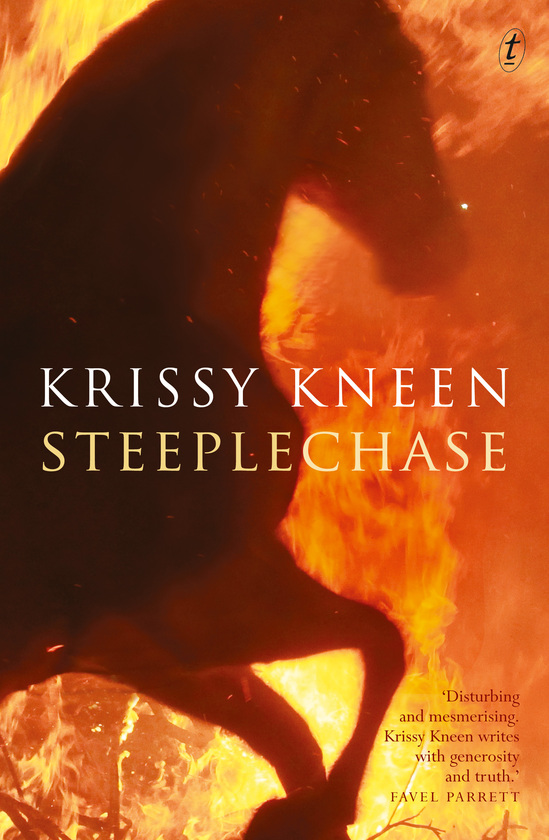 I force myself to take the phone away from my ear and search for the last incoming call. I store the number under one word, ‘sister’. I know I should have used her name but it is all I can think of in this moment. Sister. My sister just called me and I spoke to her. I imagine the words as if they were written in a book: Twenty-three years later my sister called.

Bec Reich is recovering from surgery when Emily calls, so naturally she thinks she is hallucinating. Emily, famous worldwide for her paintings, and also for her schizophrenia, lives in Beijing. But that’s not why she hasn’t spoken to Bec for so many years. And now she wants Bec to come to China for the opening of her new show.

Which would mean revisiting the sinister games and shared delusions of their strange, locked-in childhood. It would mean a risk of hurt; even damage. Or worse. 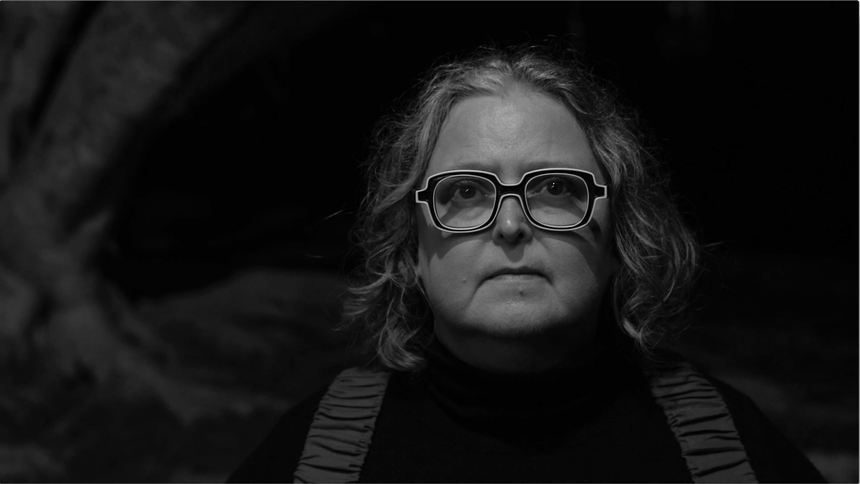 ‘Kneen has a rare gift for constructing the most exquisite architectures of narrative and meaning from simple and elegant prose.’

‘Steeplechase is both disturbing and mesmerising. This is writing that displays incredible emotional depth. Krissy Kneen is an author who writes with generosity and truth.’

‘This is a text steeped in the reactions of the body. It is this corporeality, a style honed from earlier works, that makes Kneen’s prose so remarkable, and attempts to categorise her writings into distinct genres so meaningless…With her most recent work [Kneen] has cemented her place as an author to be read because of the promise, sensual or otherwise, signified by her name on the spine.’

‘A densely plotted and compelling tale…Kneen is adept at defusing tension with scenes of Beijing life and with the homely affection of Bec’s reluctant affair, but as the novel nears its revelatory and satisfying climax she cuts more and more rapidly and with absolutely assurance between past and present, never losing the reader but ramping up tension and expectation until the book is impossible to put down….Kneen’s first real fiction is an accomplished work that will not easily be forgotten.’

‘The voice is strong, the writing vivid, the prose disarmingly frank, uncluttered and easily propels the reader along…Conversational exchanges are convincing, creating high-resolution snapshots of scene and people. Verdict: Lyrical, persuasive and intriguing.’

‘Krissy’s books are filled with passionate and lush language.’

‘The narrative framework is carefully constructed; this is a text with an architectural sensibility of a hall of mirrors. The principal themes of artistic genius, madness, and self-realisation are beautifully conveyed through metaphors of restoration and forgery…Steeplechase is understated and potent. Kneen’s restrained prose is elegant in its simplicity. Despite the highly emotive subject matter, it never becomes overblown or hysterical. The premise behind steeplechasing is that the obstacles make the horse demonstrate agility, power, intelligence, and bravery.’

‘Steeplechase is a strange and intricate work that, like any excellent work of art, creates its own tight world whose engine is anxiety and suppression. Kneen has an unvarnished and natural voice that belies the immense sophistication framing the restrained texture of the emotion…Kneen has created a world of Australian gothic, which has the same reach and luminous stillness as that of her fellow Queenslander Andrew McGahan’s impressive 2004 prize-winning The White Earth.’