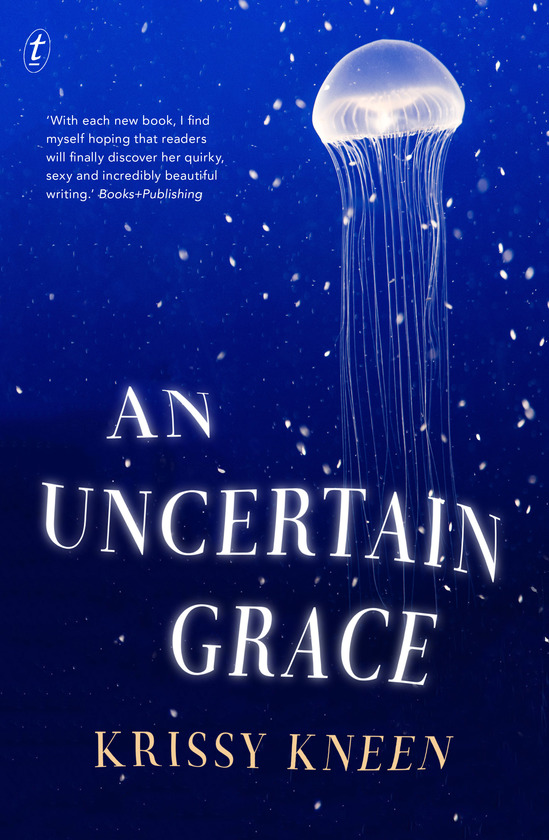 A convicted paedophile recruited to Liv’s experiment in collective consciousness discovers a way to escape from his own desolation.

A synthetic boy, designed by Liv’s team to ‘love’ men who desire adolescents, begins to question the terms of his existence.

Liv herself has finally transcended the corporeal—but there is still the problem of love.

An Uncertain Grace is a novel in five parts by one of Australia’s most inventive and provocative writers. Moving, thoughtful, sometimes playful, it is about who we are—our best and worst selves, our innermost selves—and who we might become.

Read an exclusive Text Publishing interview with Krissy Kneen about An Uncertain Grace and her writing. 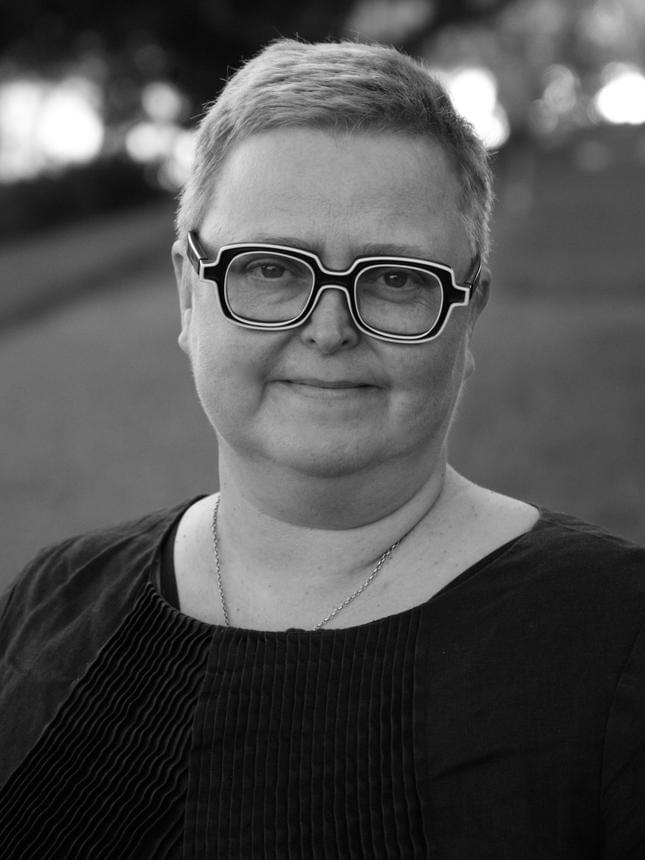 Krissy Kneen is the award-winning author of memoir—Affection—and fiction: An Uncertain Grace, Steeplechase, Triptych, The Adventures of Holly White and the Incredible Sex Machine, as well as the Thomas Shapcott Award-winning poetrycollection Eating My Grandmother. She has written and directed broadcast documentaries for SBS and ABC Television.

‘One of Australia’s most accomplished sex writers.’

‘It’s a rare book that seems to drift like smoke away from the printed page to rewrite the physical world…[Kneen] wants us to strip naked and be transformed.’

My Cup and Chaucer

‘An Uncertain Grace is a highly provocative read that masterfully offers thoughtful speculation on the future of technology, memory and sexuality.’

‘This novel questions what it will mean to be human when we are able to be more than human—to be plural, genderless, or living the experiences of someone else through a digital narrative. With An Uncertain Grace, Kneen has given us something that is at once intensely affecting, entertaining, and hugely fascinating.’

‘Folding sensitive threads of erotica into mind-bending speculative fiction, Krissy Kneen’s latest novel is an ambitious genre hybrid that addresses both morality and mortality from unique vantage points…She proceeds with sensitivity, sincerity and, most of all, curiosity…With its page-turning clarity, her writing is as compassionate and empowering as it is edgy and provocative. In the end, her characters are striving for the same things that any of us are.’

‘Such fantastical feats of Kneen’s fertile imagination are not only bedded in a convincing future reality of extreme weather and drastically diminished species but blessed with engagingly lively and varied characters. Their circumstances, typified by the unusual fluidity of the personal pronouns, are often deeply and inventively strange, yet utterly convincing.’

‘Krissy Kneen is a writer you may not hear mentioned constantly, but she’s one of Australia’s most gifted storytellers. Unflinchingly willing to explore the darker hearts and desires, she’s an often confronting Australian erotica writer with a knack for bypassing the standard titillating fare to get to the heart of human wanting…A reasoned, emotive, and highly compelling exploration of what it means to be human, and the humanity of love, desire, and sex.’

‘A story in which science offers creepy solutions for unmanageable problems. This book requires a ghost-story warning: it will unsettle…A beautiful, dark read.’

‘This is speculative fiction that twines science fiction with erotica with philosophical questions of gender and sex, but the scope of Kneen’s ambition and talent makes any such description seem terribly reductive…Kneen’s imaginative leap towards a transhuman world is endlessly curious and inventive, provocative and inspiring.’

‘One of the most radical and insightful writers working in Australian letters today…Just read this. You won’t regret it.’

‘Krissy Kneen’s latest novel, An Uncertain Grace, blew me away. Kneen’s prose is luminescent, and in this book I felt like I was learning so much. This book has elements of speculative fiction and erotica to it. Even though these are two genres in fiction that are generally seen as being acquired tastes, I think this is a book that everybody should read. It is tender, exciting and wildly imaginative.’

‘A layered and complex and beautifully written novel that never flinches from the difficult topics it tackles.’

‘An Uncertain Grace is a strange, daring and clever novel and Kneen’s openness to connections that many other novelists never dream of making is exhilarating.’

‘An Uncertain Grace imagines a future deeply affected by climate change, where technology and sex collide in new and confronting ways. But at its heart, it is a story about love, intimacy and finding humanity.’

‘Kneen’s adventures in speculative erotica are invariably amusing and playful…In a series of interlinked stories spanning a century from the near present to a post-human future, Kneen explores questions of sex, science and gender…A complex feat of speculative world building.’

‘Krissy Kneen’s An Uncertain Grace shows a writer taking transformative bounds in the story she tells—interlinked iterations of the future woven with science and poetry of desire, sentience and, sometimes, jellyfish—and the beauty of its words.’

I know him. I recognise him from the other world, the real world. It is me of course, this man. In the other world I see him smiling at me in the mirror, catch glimpses of him as I walk past shop windows, see him in photographs.

And I am her. I am Liv. And this is my room and it is his room and he, I, put my hand up my, her, skirt. I push the cotton aside with his finger and it hurts.