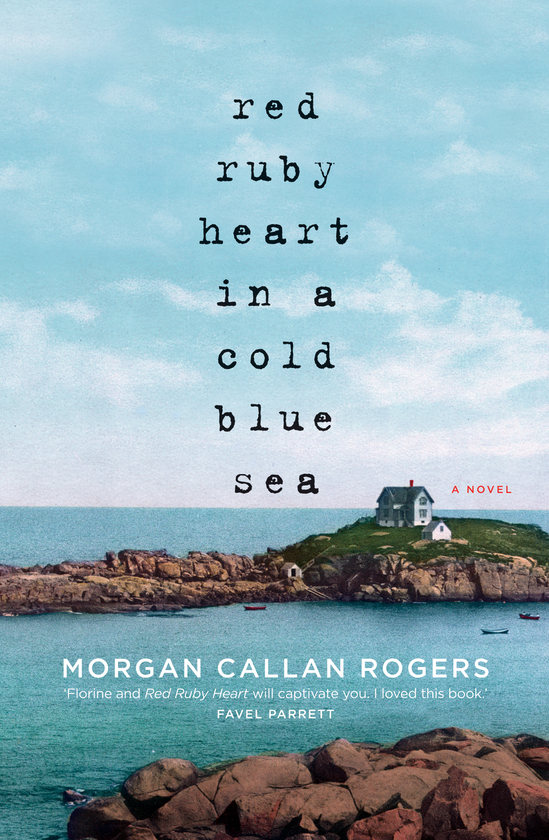 Twelve-year-old Florine Gilham lives in a fishing village on the coast of Maine with her parents in what would appear to be an idyllic situation – on the waters in a harbour, where she and her friends run wild in the nearby pine woods and along the rocky shores. But in August of 1963, Carlie, Florine’s mother, disappears without a trace, and Florine and her grief-stricken father must move on with their lives, even as the mystery of what might have happened plagues them.

Both nurtured and hindered by those she has always known, Florine must find her way to young adulthood while clinging to the hope that her mother will return and her life, as she knew it, will continue. Written in the voice of a feisty young heroine and filled with the dry wit that people on the coast of Maine are famous for, Red Ruby Heart in a Cold Blue Sea is an amazing debut novel written by native Morgan Callan Rogers. 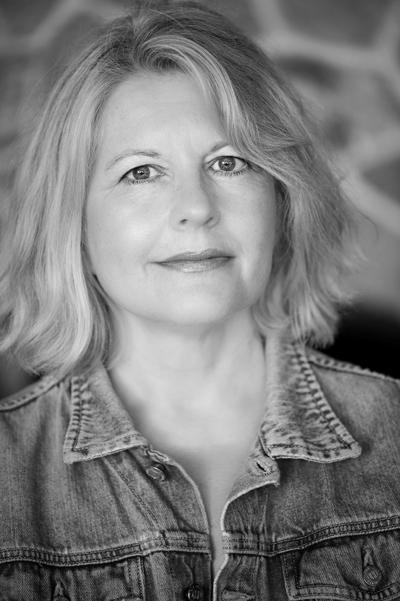 Morgan Callan Rogers grew up in the ship-building city of Bath, Maine near the rugged coastline and beautiful wild beaches. She graduated from the University of Southern Maine with a Bachelor of Arts in English, then, about twenty years later, graduated again, with a Masters in Fine Arts in Creative Writing. In between, she held a variety of...

Rendered first-person in confiding, colloquial prose … [like] the bittersweet coming-of-age movies (see: Stand By Me, The Last Picture Show) that don’t get made much anymore.

Callan Rogers ’ astonishing debut brilliantly illuminates deep loss, impossible longing, and our yearning to hold onto love no matter what, all told in the lake-clear voice of one remarkable young heroine. So rapturously moving, I could barely bring myself to close the final page.

Caroline Leavitt, author of Pictures of You

Rich in landscape and character, with regional dialect and phrases that will tip many mouths into grins.

After we almost burned down a summer cottage, my friends and I were not allowed to see each other for the rest of July and August. It was 1963, and I was twelve. After the fire, my parents decided that they should take me in hand lest I end up in jail. Grand, my grandmother who lived across the road from us, usually took care of me while they worked. Daddy made his living as a lobsterman and had to haul traps every day. My mother, Carlie, was a waitress at the Lobster Shack. She cut back on her shifts to keep me out of trouble. Being under Carlie’s playful eye wasn’t the worst thing that had ever happened to me. I had her pretty much to myself for the last two weeks of July, and we did something different every day. We got ice cream cones at Ray’s General Store up the road and sat on our front steps eating them and watching the water wink at us from the harbor at the end of The Point. We hiked from our backyard through the woods to the nearby State Park and ate snacks at the picnic tables there. We hung out at the Lobster Shack, we window shopped in Long Reach, the town closest to The Point, danced and sang to Elvis records, played cards, sunned ourselves, and goofed off. Carlie lit up a room like a bright light and people were drawn to her. I thought the sun and moon circled around her. So did Daddy.