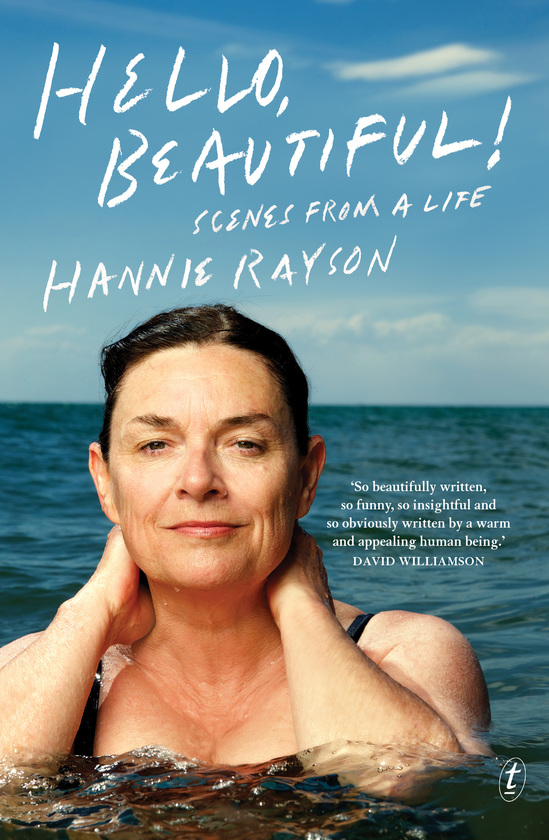 Hello, Beautiful!: Scenes from a Life

I realise that, despite all the references to my longing to be a writer, two things are apparent. The first is that I don’t actually do much writing; the second is that my teenage reflections display absolutely no talent for it. My Diary is prima facie evidence of self-delusion on a grand scale.

A memoir in parts, from one of Australia’s best-loved playwrights.

Hannie Rayson—writer, mother, daughter, sister, wife, romantic, adventuress, parking-spot optimist—has spent a lifetime giving voice to others in the many roles she has written for stage and television.

In her new book, she shines the spotlight on herself. This collection of stories from a dramatic life radiate with the great warmth and humour that has made Hannie one of the best-known playwrights in the country. From a childhood in Brighton to a urinary tract infection in Spain, from a body buried under the house to a play on a tram, Hello, Beautiful! captures a life behind the scenes—a life of tender moments, hilarious encounters and, inevitably, drama.

Read an excerpt at the Sydney Morning Herald, or discover a little about her relationship with husband, writer and broadcaster Michael Cathcart, another member of Text's extended family, from an interview with the Age. 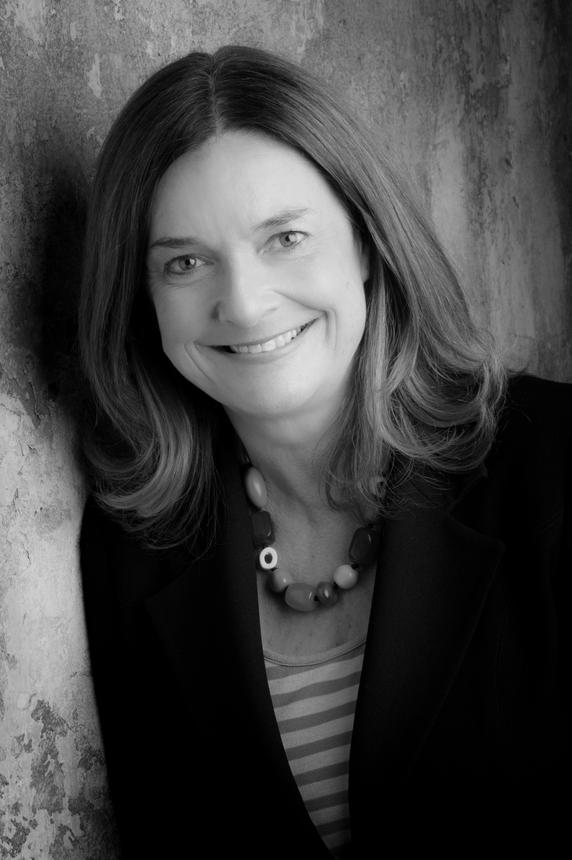 Hannie Rayson is a playwright and screenwriter. Her works—including Hotel Sorrento, Inheritance and Life After George—have been performed around Australia and internationally. She has been awarded two Australian Writers’ Guild Awards, four Helpmann Awards, two NSW Premier’s Literary Awards and a Victorian Premier’s Literary Award. Her play Life...

‘So beautifully written, so funny, so insightful and so obviously written by a warm and appealing human being.’

‘Smart, witty, warm, self effacing and hilarious. Each chapter is a shining gem—a passionate view, a formative experience, a mortifying anecdote. Hannie Rayson’s insight, honesty and ear for dialogue as one of Australia’s foremost playwrights is beyond dispute. Here she turns her talents to memoir and those closest to her with results so disarming and entertaining I didn’t want it to end.’

‘Hannie paints with vivid colours. Her development as a writer and a woman is richly portrayed, with all the shades of intense feeling and emotion that her dramatic characters share spilling from the page in a riot of evocative memories. Hello, Beautiful! is as nourishing and delicious as home-made soup.’

‘Hannie’s writing shows the extraordinary truth of ordinary life—that it is, in fact, anything but ordinary. I was glued to this delightful book.’

‘Think of this as bottled sunshine….her anecdotes about family, friends and the community she belongs to, are told with perfect comic timing and one of the most acute ears in the business for dialogue.’

‘This is a book that welcomes readers generously into its author’s secure and stimulating private world – and makes us wish, as we reluctantly close the final chapter, that we could be there for real.’

‘A book of beautifully crafted, free-flowing vignettes that illuminates with warmth and humour.‘

‘Rayson’s vignettes are perfectly constructed and she is a virtuoso of self-deprecating humour.’

‘With her cooly curious eye and facility for dialogue, Rayson has chronicled key moments in the nation’s social history…Hello, Beautiful! is a scrapbook of Rayson’s family foibles, thoughts and simple dreams.’

‘It was a pleasure to read such a refreshing take on the genre of memoir, written with skill, warmth and optimism. Like every good theatrical experience, you are left wanting more.’

‘Beautifully structured and articulated, not to mention hilarious….Rayson reels you in with her storytelling.’