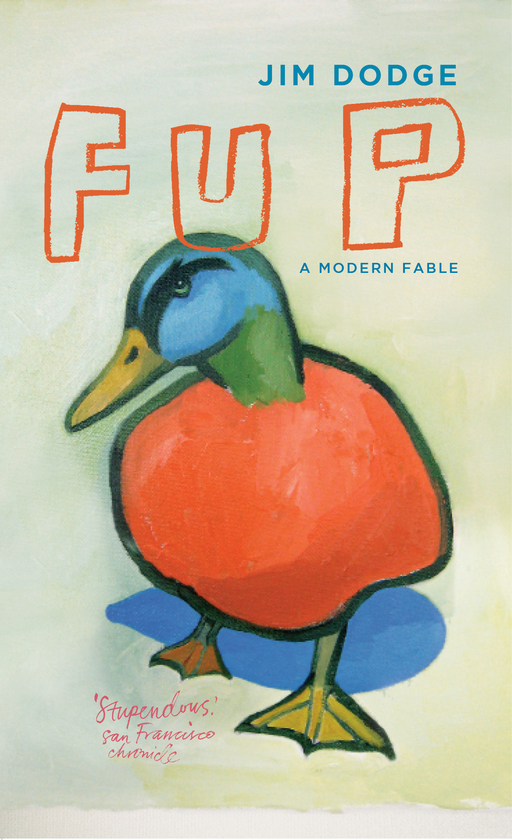 Fup is a tale of two humans, one duck and several vats of illegally distilled whiskey.

There’s Jake Santee, a ninety-nine-year-old gambler convinced of his immortality. There’s his grandson, Tiny, a gentle giant of a man, set on building fences.

And then there’s the duck, Fup. She’s partial to Jake’s home-brew and gunslinger movies, and her presence transforms the Santee household.

Heart-warming and magical, Fup is a story of hilarious wit and originality. 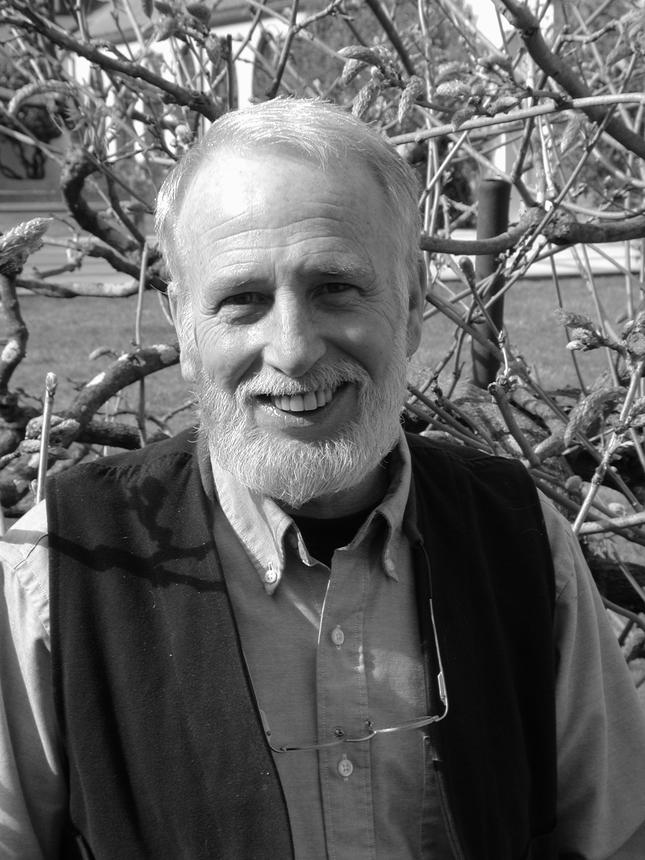 Jim Dodge is the author of three books, Fup, Not Fade Away and Stone Junction. He lives on an isolated ranch in Sonoma County with his family and teaches creative writing at a Californian university.

‘Fup [is] a wonderfully off-kilter little fable by the Californian writer Jim Dodge. It’s the story of a 20-pound mallard duck (think “Fup Duck”) and a cantankerous grandfather who finds the secret to life in a whiskey called “Ol’ Death Whisper.” Fup refuses classification, but it’s almost as if Richard Brautigan and Mark Twain got together and decided to lay a further claim on American eccentricity. A good book to read when the world grows too dark around you.’

‘Adorable, enchanting and—it has to be said—very odd. In short, everything a cult classic should be.’

‘Twists and turns between Twain and Steinbeck but has a fairytale ending worthy of Oscar Wilde.’

‘Without a doubt the best (122-page) epic featuring a duck ever published.’

‘Short, sharp and wickedly funny…Fup shows Jim Dodge to be one of the most original literary voices.’

‘Very funny and profound…could become one of those cult classics.’

‘Will have you grinning from ear to ear.’

‘Fup is a pint-sized powerpack of a novel. It’s got everything.’

‘Dodge gives us a contemporary California fable of transcendent charm, wisdom and beauty. Nothing prepares us for the miraculous transfiguration that brings Fup to its haunting conclusion.’

‘A stupendous little book that will knock your socks off! It is also hilariously funny. Fup makes me yearn to pull out all the overworked cliches of a thirsty critic: it is a jewel, a gem, a diamond in the cesspool of life.’

‘If you fell in love with Babe, then you’ll love Fup. Simple, touching and refreshingly short.’