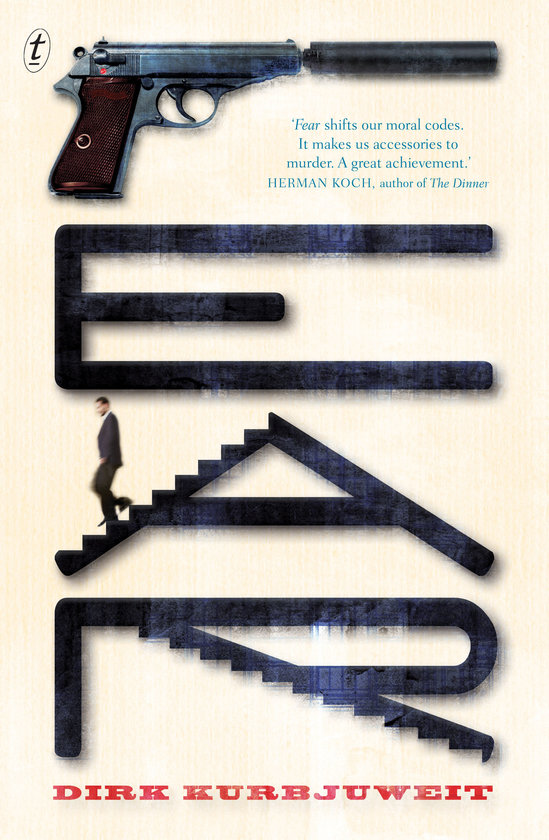 I had always believed my father capable of a massacre. Whenever I heard on the news that there had been a killing spree, I would hold my breath, unable to relax until it was clear that it couldn’t have been him. That’s paranoid, I know, but it’s inevitable if you grew up the way I did.

Randolph insists he had a normal childhood, though his father kept thirty loaded guns in the house. Now he has an attractive, intelligent wife and two children, enjoys modest success as an architect and has just moved into a beautiful flat in a respectable part of Berlin. Life seems perfect—until his wife, Rebecca, meets the man living in the basement below.

Their downstairs neighbour is friendly at first, but soon he starts to frighten them—and when Randolph fails to act, the situation quickly spins out of control. 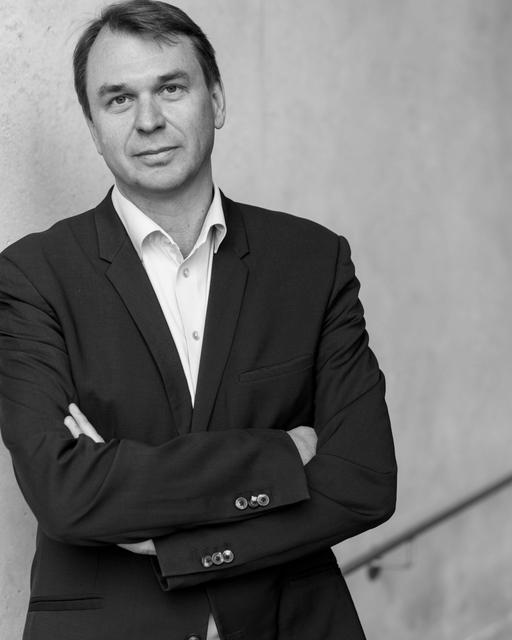 Dirk Kurbjuweit is a journalist at Der Spiegel and lives in Berlin. He has received numerous awards for his writing, including the Egon Erwin Kisch Prize for journalism, and is the author of nine critically acclaimed novels, many of which have been adapted for film, television, theatre and radio.

‘Fear shifts our moral codes. It makes us sympathetic to violent revenge, accessories to murder. Do we want the victim to survive? No, we don’t. Long after I had put this book down I still didn’t. A great achievement.’

‘Dirk Kurbjuweit exposes the evil lurking just below the surface of civilised life.’

‘A subtle and engrossing psychological thriller that gives an intelligent, carefully considered response to thequestion of how much our liberal values are worth when we feel our lives are threatened.’

‘Fear forces us to see just how thin the delicate veneer of civilisation really is, and thus confirms it: any one of us can become a murderer.’

‘Gripping, suspenseful and unbelievably dark…As a thriller, Fear more than holds its own against the competition. It reminds one of Dutch author Herman Koch’s bestselling novels, and not only because of the moral question—How far will you go to protect your family?—at the heart of the story.’

‘This is a murder story, a psychological thriller, and something more.’

‘Using the familiar themes of neighbourly suspicion and veiled class conflict, Fear dramatically exposes how small fears and suspicions can expose and create larger tensions in society, especially within the safe domestic world of the middle-class family. Fear works most impressively as an examination of porous boundaries between order and chaos. It offers an unnerving portrait of how close many of us can come to committing unspeakable acts of violence—often motivated by a fear of violence itself.’

‘Fear is a smart, psychologically complex and morally acute fable of modern German society decked out in the garb of an intricate thriller…This is a wry, complex, at times disturbing survey of middle-class German life in the decades since the end of World War II.’

‘This psychologically acute novel examines the stresses parents feel when family members are under serious threat. Some readers might even cheer Randolph’s dad.’

‘Kurbjuweit delivers an urban thriller and ethical minefield…[He] effectively builds the tension, while throwing barbs at classist attitudes that might be fuelling some of Randolph’s reactions. Though he never comes out and asks the question, this definitely will have readers thinking about the lengths they might go to in a similar situation.’

‘An indelible examination of middle-class values, relationships, masculinity, identity, violence, history and fear that comes full circle to a conclusion as shocking as it is logical. A finely crafted and disturbing psychological thriller.’

‘An effective thriller…Though he never comes out and asks the question, this definitely will have the readers thinking about the lengths they might go to in a similar situation. And facing the realisation that no matter how strange Randolph’s upbringing that their reaction (if not their ultimate response) might be exactly the same.’

‘A compelling tale of perception and threat that reveals dark thoughts and a ripper twist.’

‘An exploration of maleness, beliefs and aggression.’

‘I loved it. Such great writing, evoking a domestic landscape as creepy as the man in the basement downstairs. Cool in every sense of the word. Dirk conjures up such unsettling images–the woman at home trotting around in her Gucci high-heels with a husband who can’t bear the sound of her voice - the scenes of Randolph eating alone in fancy restaurants—all so rich and claustrophobic—an unsettling tale of merciless self-scrutiny. Loved its honesty.’

‘Its layers of paranoia and memories are brilliantly done to play on every parents’ deepest fears—including mine.’

‘This supremely skilful crime novel sees a German family so terrorised by a neighbour that planning his murder seems the sanest response.’

<i>I had always believed my father capable of a massacre. Whenever I heard on the news that there had been a killing spree, I would hold my breath, unable to relax until it was clear that it couldn’t have been him. That’s paranoid, I know, but it’s inevitable if you grew up the way I did.</i>