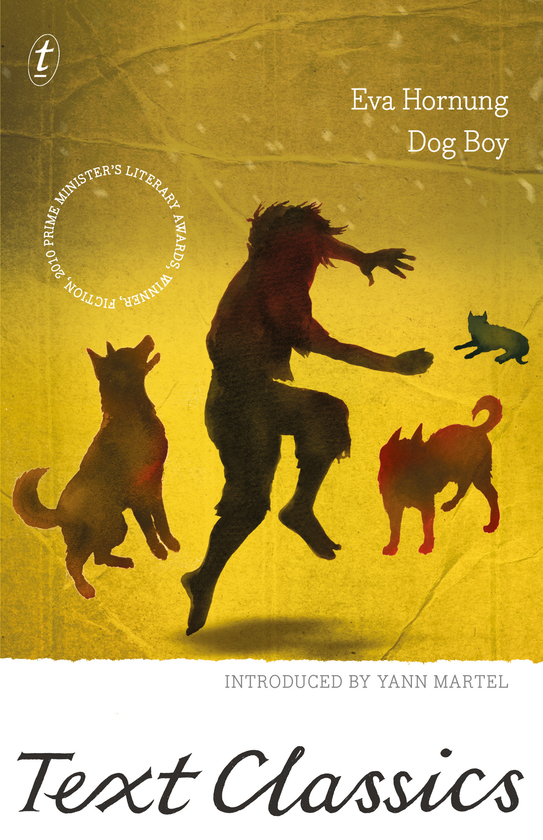 Abandoned in a big city at the onset of winter, a hungry four-year-old boy follows a stray dog to her lair. There in the rich smelly darkness, in the rub of hair, claws and teeth, he joins four puppies suckling at their mother’s teats. And so begins Romochka’s life as a dog.

Weak and hairless, with his useless nose and blunt little teeth, Romochka is ashamed of what a poor dog he makes. But learning how to be something else…that’s a skill a human can master.

Fortunately—because one day Romochka will have to learn how to be a boy.

The story of the child raised by beasts is timeless. But in Dog Boy Eva Hornung has created such a vivid and original telling, so viscerally convincing, that it becomes not just new but definitive: Yes, this is how it would be.

Read the introduction by Yann Martel on the Text blog. 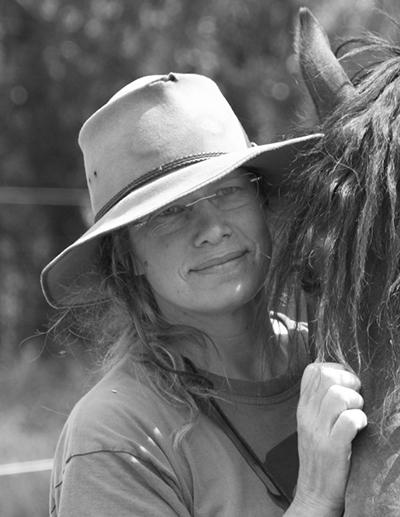 ‘Dog Boy is rich in interest and ideas…Hornung is wonderful on the physical characteristics, both beautiful and repulsive, of animals and children…Dog Boy unravels some of the reasons why humans and dogs are co-dependant and at the same time reinvents the idea of the wild child as an urban survivor, suggesting a future so menacing we prefer to ignore it.’

‘Hornung’s writing is beautiful and assured: her descriptions of this dog boy life are vivid and visceral and sensual and utterly compelling. She also writes about the dogs with breath-taking beauty—the penultimate climactic scene will squeeze your heart. Dog Boy is an ambitious concept, magnificently realised—you’ll never look at a dog in the same way again.’

‘A grim and primal story of unnatural selection…This tough new novel represents an important shift in emphasis and a broadening of her vision as she continues her forensic investigation into the human condition.’

‘Grotesque, moving and utterly astonishing…Horning has come up with something improbably different in Dog Boy…a story that never veers into the impossible.‘

‘In exploring what it might be like to be a dog from a human perspective, Dog Boy sheds much light on what it is like to be human. Extraordinary, compelling and utterly believable.’