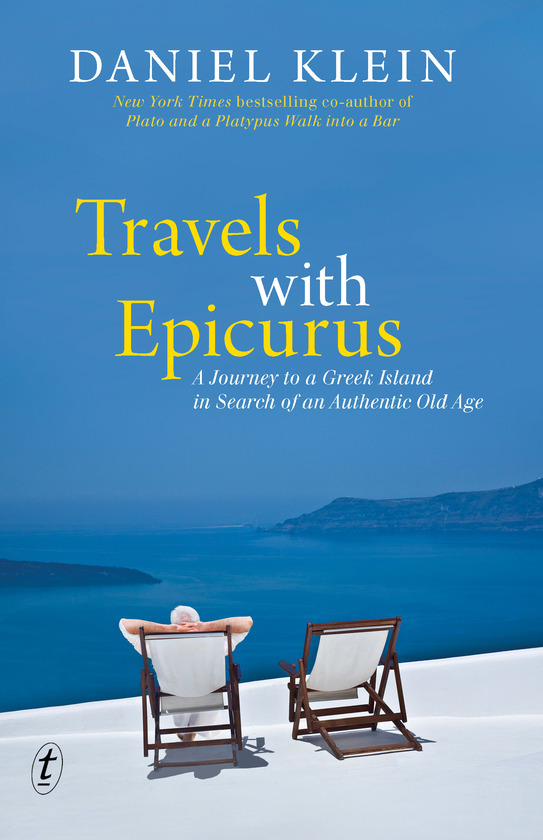 Travels with Epicurus: A Journey to a Greek Island in Search of an Authentic Old Age

Travels with Epicurus: A Journey to a Greek Island in Search of an Authentic Old Age is a humorous, uplifting meditation on finding the pleasures of old age, by the bestselling co-author of Plato and a Platypus Walk into a Bar.

When philosopher, jokester and septuagenarian Daniel Klein goes to the dentist for a regular check-up, he is informed that he needs a section of his lower teeth removed and replaced with either a denture plate or implants. The implants would require frequent trips to the dentist over the course of a year, a lot of money and a lot of pain. The denture plate on the other hand would leave Klein with the unmistakable clunky smile of an old man.

Though Klein initially opts for the implants he soon questions his decision. Is it better to a spend a precious year trying to extend the prime of his life, or to live an authentic old age, toothless grin and all?

Klein decided the answer lay in a place where people seemed to know the secret to a long, happy and healthy life—Greece. He travels there with a library of his favourite philosophers and observes other septuagenarians and octogenarians, and contemplates his own life, particularly seeking out wisdom from renowned hedonist Epicurus.

From that journey comes a sincere and humorous book on ageing and an Epicurean way of living. 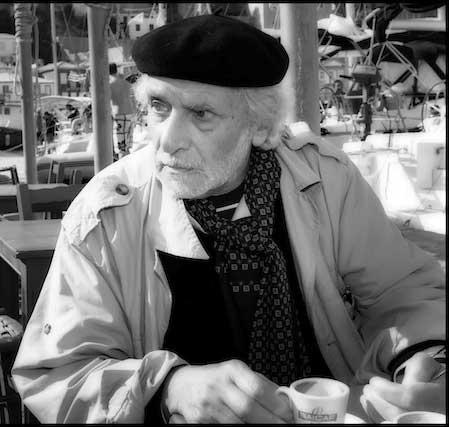 Daniel Klein is the author of the Times-bestseller Travels with Epicurus and the co-author, with Thomas Cathcart, of the international bestseller Plato and a Platypus Walk into a Bar. A graduate of Harvard, in philosophy, he is the co-author of twenty-five other books. He lives in western Massachusetts with his wife, Freke Vuijst.

‘Klein’s narrative is a delightful and spirited conversation, offering up the ingredients inherent to the art of living well in old age.’

‘Travels with Epicurus: A Journey to a Greek Island in Search of an Authentic Old Age will give pause for thought to anyone in the Baby Boomer generation contemplating how best to manage the transition to old age.’

‘Armed with a suitcase full of philosophy books, gentle humour and lively conversation, Klein will prise any reader away from the “everyday affairs and politics” that dominate our lives.’

‘A book with a lightness of touch that is also deeply serious and satisfying philosophically.’

‘Is it possible to grow old with not only grace, but also enjoyment? Klein shows we can make the best of what we have.’

‘It is a charming read, sincere and yet humorous, contemplating the joys of retirement before old old age and disability set in, if only we can let go of the contemporary idea of striving to be forever young.’

‘You don’t have to be old to be won over by the charms of this intelligent, playful and moving book.’

‘…Daniel Klein presents a compelling argument for idleness, contemplation and unhurried playfulness as we head into old age…If we’re lucky, we’ll all be old some day, so there’s something for us all in this intelligent look at a stage of life that is rarely examined.’

<i><b>Epicureanism as a Living Philosophy Today</b><br><br>Unsurprisingly, Epicurus’s laid-back legacy survives morethoroughly in Greece’s rural areas than in its cities. Aegean islanders like totell a joke about a prosperous Greek American who visits one of the islands onvacation. Out on a walk, the affluent Greek American comes upon an old Greekman sitting on a rock, sipping a glass of ouzo, and lazily staring at the sunsetting into the sea. The American notices there are olive trees growing on thehills behind the old Greek but that they are untended, with olives justdropping here and there onto the ground. He asks the old man who the treesbelong to.<br><br>'They’re mine,' the Greek replies.<br><br>'Don’t you gather the olives?' the American asks.<br><br>'I just pick one when I want one,' the old man says.<br><br>'But don’t you realise that if you pruned the trees andpicked the olives at their peak, you could sell them? In America everybody iscrazy about virgin olive oil, and they pay a damned good price for it.'<br><br>'What would I do with the money?' the old Greek asks.<br><br>'Why, you could build yourself a big house and hireservants to do everything for you.'<br><br>'And then what would I do?'<br><br>'You could do anything you want!'<br><br>'You mean, like sit outside and sip ouzo at sunset?'</i>