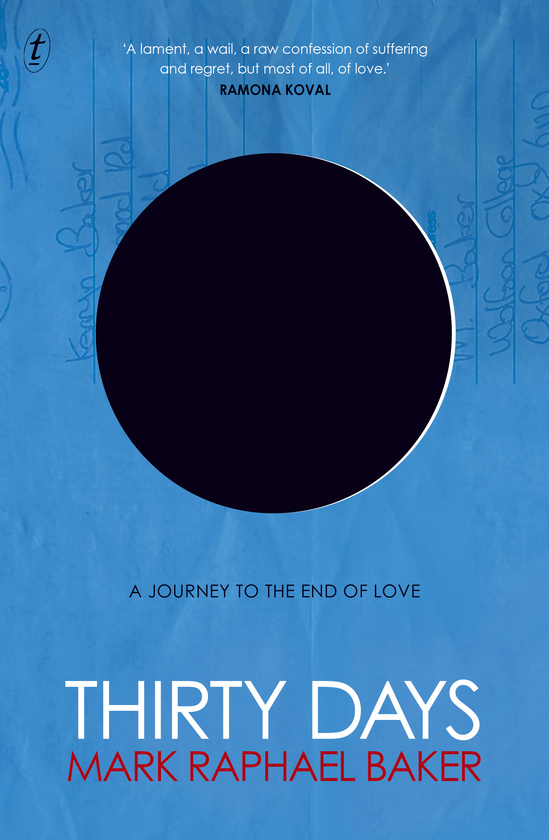 Thirty Days: A Journey to the End of Love

One minute my wife was there. In a flash she was gone. In the ten months of Kerryn’s dying, I prepared myself for everything except for her death. Now that she is gone, I am desperate to know her as I never knew her.

Thirty Days is a portrait of grief, of a marriage and of a family. It is the moving memoir of Mark’s wife of 33 years, Kerryn Baker, who died ten months after her diagnosis, aged 55, from stomach cancer.
It is also a study in how we construct our own version of the past, after Mark discovers a cache of Kerryn’s letters in the laundry cupboard and has to rethink their relationship. It is a book about memory and its uncertainties, as Mark sifts through photos and home movies, as his wife gets sicker, and his search for clues about their relationship grows more desperate. In her last days, Kerryn reveals her traumatic childhood to Mark for the first time. She emerges as the rock of the family, a brave and wise woman, clear-eyed about her treatment, focused on finding the path to a peaceful death. Paradoxically, her dying brings the couple back to the intensity of their first love.

In the tradition of Paul Kalanithi’s When Breath Becomes Air and Cory Taylor’s remarkable memoir, Dying, Mark Baker’s Thirty Days is an inspirational book about death and dying. 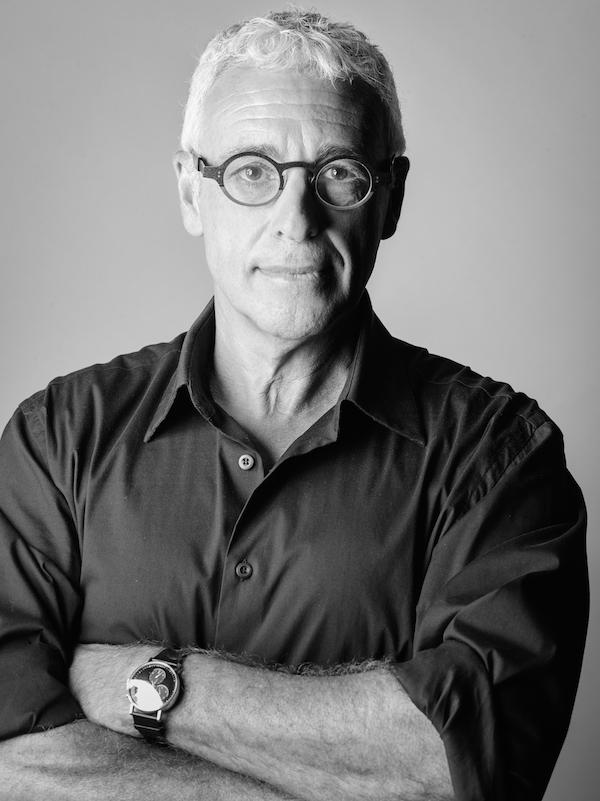 As well as The Fiftieth Gate, A Journey Through Memory, a seminal book on his parents’ experience during the Holocaust, Mark Raphael Baker has written a compelling memoir, Thirty Days, A Journey to the End of Love, about the recent death of his wife. He is Director of the Australian Centre for Jewish Civilisation and Associate Professor of...

‘During his first thirty days of mourning, Mark Baker wrote about his wife Kerryn Baker, who lived an “ordinary” life, as most of us do, but who was extraordinary in the courage, dignity, and above all, the gentle, wise grace of her dying. Few of us will be able to die so well, but every reader of this book will be inspired to do so.

Baker recalls their life together and writes of Kerryn’s death and dying in many tones—lyrically, tenderly, with self-deprecating irony, embarrassed candour and more—but one hears in them all pain so raw and need so desperate that it sometimes threatened to unhinge him. This elegy of love and grief takes back to our hearts knowledge that is too often only in our heads—that the disappearance of a human personality will forever be mysterious to us because every human being is irreplaceable.’

‘A lament, a wail, a raw confession of suffering and regret, but most of all, of love.’

‘Piercing, unsparing, and sweet, this book will break your heart and put it back together again.’

A courageous and intimate portrait of a marriage that will leave you devastated, enriched, irrevocably altered.’

‘A beautiful memoir, not just about one marriage, but the nature of marriage itself.’

‘A book characterised by love, empathy and connection to life.’

‘Baker’s memoir allows his readers to see the magnitude of our existence beneath the surface of our daily lives.’

‘Baker presents, with extraordinary openness, the vulnerable experience of early mourning. He describes his traumatic experiences with a historian’s precision, aware of the trip­ wires, elisions and exaggerations attending the recording of evidence.’