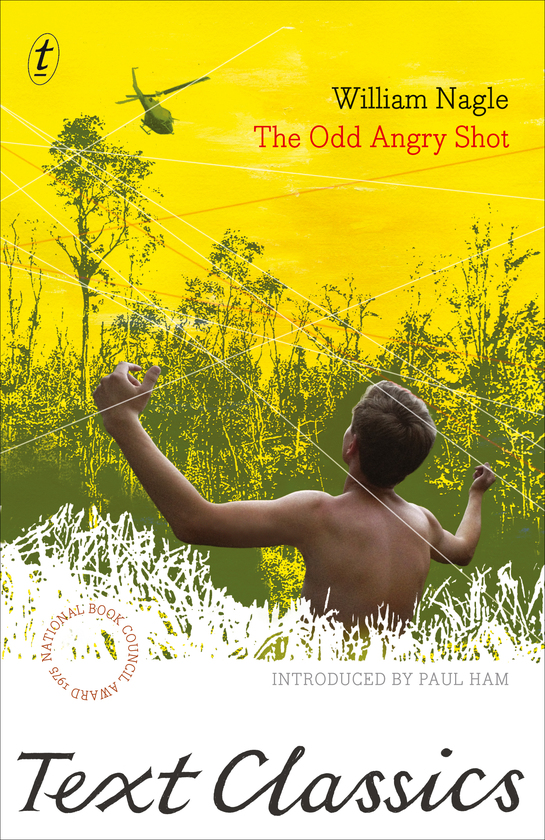 The Odd Angry Shot is the seminal account of Australian soldiers in the Vietnam War.

Brief and bracing, tragic yet darkly funny, it portrays a close-knit group of knockabout SAS fighters: their mateship, homesickness and fears; their practical jokes, drinking and fighting. The enemy is not just the Vietcong they’ve been sent to fight, but their superiors, the mud and torrential rain, and boredom.

In 1975 it won the National Book Council Award and was made into an iconic Australian film starring Graham Kennedy, Bryan Brown, John Jarrett, John Hargreaves and Graeme Blundell.

This edition comes with a new introduction by the renowned military historian Paul Ham, who writes: ‘The Odd Angry Shot reveals…how war damages and destroys not only life and limb, but also the brains, hopes and dreams of everyone involved…It is an Australian Dispatches and—like Michael Herr’s classic, which came out two years later—it rips the scales from our eyes.’

William Nagle was born in Bacchus Marsh, Victoria, in 1947. Educated at St Joseph’s College in Geelong, he left school at seventeen and enlisted in the army. He trained as a cook and in 1966 was deployed with the SAS to Saigon. There he was disciplined for refusing to cook egg custard and later was transferred to the infantry in Australia.

‘This autobiographical novel stands the test of time, revealing human faces caught in a tragic chapter of Australian history.’

‘Evoking a time and place that can still provoke anger, here is a book long overdue for a reprint.’

‘A savage and mordantly funny novel…Visceral and immediate, irreverent and agonised, the story pules with the plea to “remember…remember”…The narrative slams its way onwards, in brief, brutal, battering scenes like bursts of gunfire, unexpectedly modulating into moments of wistful hope…Nagle takes no prisoners, makes no excuses. It’s a story without sentiment, but packed with passion and compassion. Its damaged young men are the core of a shocking, sundering little book that punches far above its length.’