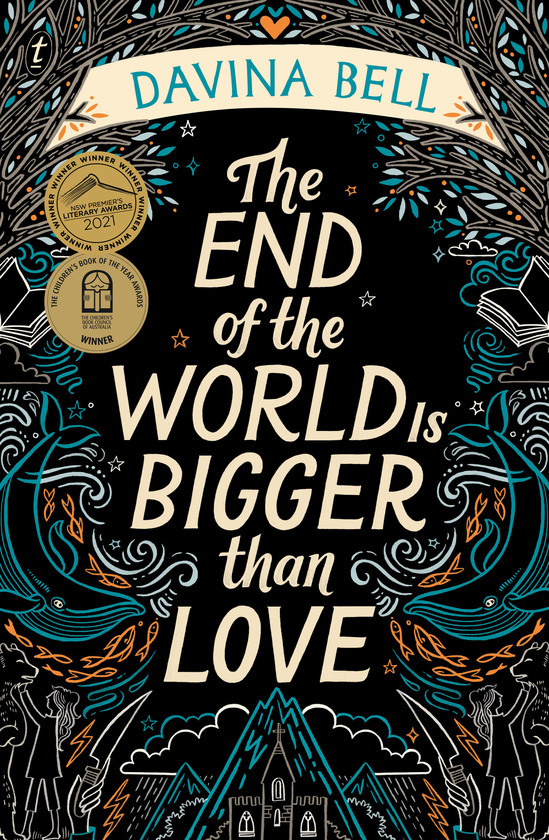 The End of the World Is Bigger than Love: Winner of the 2021 CBCA Book of the Year for Older Readers

She said we didn’t know what the world out there had become. We had been alone there so long on that tiny island, in that tiny church.
But in the night, I couldn’t bear it.
My chest beat like wings.

Identical twin sisters Summer and Winter live alone on a remote island, sheltered from a destroyed world. They survive on rations stockpiled by their father and spend their days deep in their mother’s collection of classic literature—until a mysterious stranger upends their carefully constructed reality.

At first, Edward is a welcome distraction. But who is he really, and why has he come? As love blooms and the world stops spinning, the secrets of the girls’ past begin to unravel and escape is the only option.

A sumptuously written novel of love and grief; of sisterly affection and the ultimate sacrifice; of technological progress and climate catastrophe; of an enigmatic bear and a talking whale—The End of the World Is Bigger than Love is unlike anything you’ve read before. 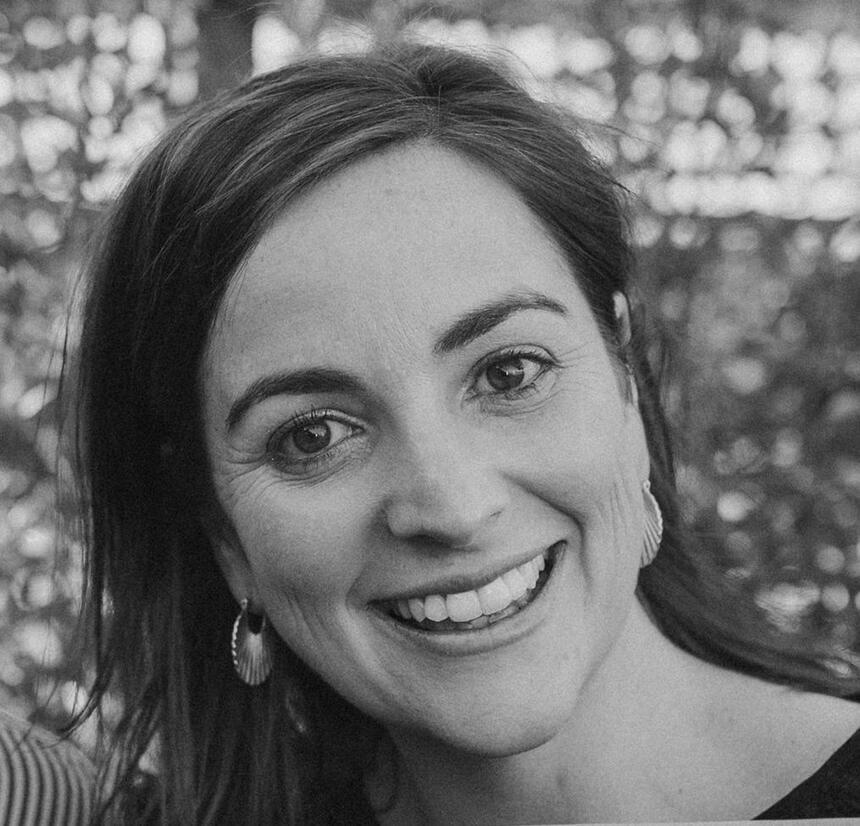 Davina Bell is an award-winning author of books for young readers of many ages. She writes picture books (including All the Ways to be Smart and Under the Love Umbrella), junior fiction (Lemonade Jones) and middle-grade fiction (the Corner Park Clubhouse series). Davina lives in Melbourne, where she works as a children’s book editor.

‘This novel is an ode to the love and connection of twin sisters, the coping mechanisms we create in order to deal with trauma and loss, and the ingenuity and strength two young girls find in their quest to survive a world that is 'greying’…This beguiling story leaves you with many unanswered questions and a distressing window into what may lie ahead, into the things that could make the world stop turning, and the things we are willing to sacrifice, in order to save ourselves and the people we love. The End of the World is Bigger than Love will linger in your mind, as you consider what becomes of Summer and Winter in the many layers of this magical tale.’

‘A young adult version of Station Eleven by Emily St John Mandel, with lashings of creativity and magic realism…This novel heralds the arrival of an ingenious new talent.’

‘A beautifully imagined, magical new fairy tale that exists in the same realm of sophisticated magical realism that brings to mind the extraordinary skill of writers who excel in the genre, the likes of Angela Carter, Sonya Hartnett and Leanne Hall…We need books like this. We need writers like Bell. Now, more than ever.‘

‘Reflects something of our difficult times with an innocence and lightness that belie underlying loss and grief. It could only be written by someone with a glowing, shining heart.’

‘An extraordinary, marvellous work; the writing is staggeringly beautiful, the scope is majestic and breadth astonishing. A gigantic rollercoaster ride of emotion, The End of the World Is Bigger than Love is highly recommended for ages 13 up to (and including) adult, especially for bookish readers who love language and would savour the many references to books from classic literature.‘

‘Davina Bell creates a world in which reality and fantasy join hands and dance together…YA readers will delight in its complexity and intricate plotting.’

‘Davina Bell creates a world in which reality and fantasy join hands and dance together…YA readers will delight in its complexity and intricate plotting.’

‘Sparkles with magic and hope…Stunningly creative…While [it] is technically billed as a YA novel, it’s one for adults too. Don’t miss it.‘

‘Davina Bell uses the increasingly familiar post-apocalyptic scenario to explore ideas about families, sisters, identity and love. It’s a strange but impressive novel that should resonate with young adult readers.’

‘Bell has created a detailed and evocative universe.’

‘An exquisite, mesmerising, timely and brilliantly conceived ode to literature and humanity…A young-adult version of Station Eleven meets After the Lights Go Out meets Z for Zachariah meets something completely indescribable.’

‘The End of the World is Bigger Than Love, by Davina Bell, is an audacious yet brilliantly balanced and sustained tale set on a remote island in an almost recognisable future.’

‘There is something tidal about Bell’s lyrical writing – it seems made up of currents that move you around the story in ways that are difficult to pin down. All reading is an act of trust, and Davina Bell’s highly original story is worth the investment.’

’The most outstanding young adult novel I read in 2020…[Davina Bell] has ascended into another sphere with this intuitive, surreal and assured literary work. The End of the World is Bigger than Love invites multiple readings and will imprint the imagination.’

‘I can barely put to words how I feel after reading The End of the World is Bigger Than Love. A masterful tapestry of brutality and poetry, this book magnifies the severity that a pandemic and global warming can cause on our planet. A survival story between two sisters that you will never forget.’

‘This book is magical realism at its finest—a story that is utterly unique and beautifully executed, filled with ethereal imagery and descriptive language…This book is both strange and accessible, suitable for readers across the Older Readers age spectrum, especially those who need to be challenged.’

ShareThe End of the World Is Bigger than Lovevia:

ShareThe End of the World Is Bigger than Lovevia:

Extract fromThe End of the World Is Bigger than Love

Rights forThe End of the World Is Bigger than Love