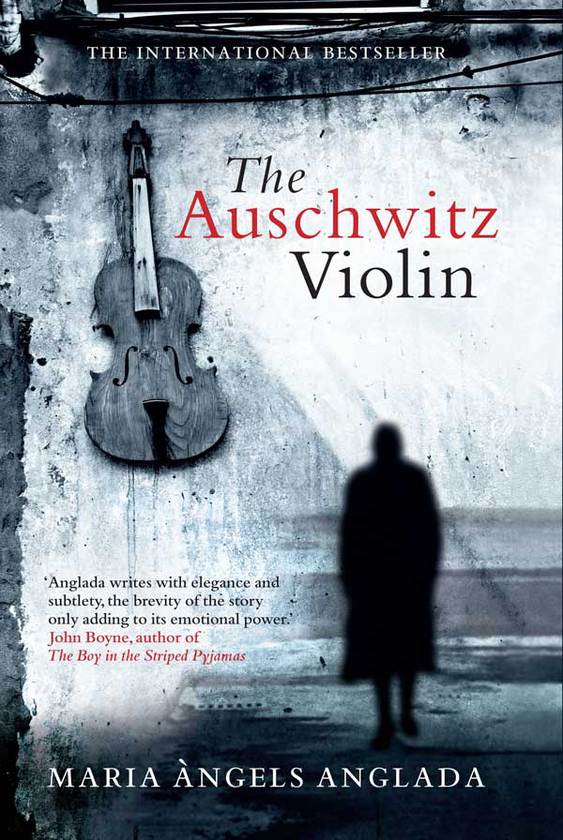 An international sensation, The Auschwitz Violin is the unforgettable story of one man’s refusal to surrender his dignity in the face of history’s greatest atrocity.

In the winter of 1991, at a concert in Krakow, an older woman with a marvelously pitched violin meets a fellow musician who is instantly captivated by her instrument. When he asks how she obtained it, she reveals the remarkable story behind its origin.

Imprisoned at Auschwitz, Daniel feels his humanity slipping away. Treasured memories of the young woman he loved become hazier with each passing day. When Daniel’s former occupation as a crafter of fine violins is revealed to those running the concentration camp his very existence moves from being merely precarious to under immediate threat. The camp’s two most dangerous men make a cruel wager: if Daniel can build a beautiful violin within a certain number of days, the Kommandant wins a case of the finest burgundy. If not, the camp doctor gets hold of Daniel for use in his ‘experiments’. And so, battling malnutrition and exhaustion, Daniel tries to capture his lost art, knowing all too well the cost of failure.

Written with lyrical symplicity and haunting beauty, and chillingly interspersed with actual Nazi documentation, The Auschwitz Violin is more than just a novel: it is a testament to the strength of the human spirit and the power of beauty, art, and hope to triumph over the darkest adversity.

Maria Angels Anglada was born in Spain in 1930. Upon her death, in 1999, she was one of the most important Catalan figures of the twentieth century and one of its most prestigious and widely read authors. She was the winner of many awards and honours, including the Octavi Pellissa Prize, the Joseph Pia Prize and the Lletra d’Or Prize.

‘A very moving story that is as concerned with the transcendent power of art as it is with the dehamanising trauma of the Holocaust. Anglada writes with elegance and subtlety, the brevity of the story only adding to its emotional power.’

John Boyne, author of The Boy in the Striped Pyjamas

‘An affirmation of life, beauty and the individual in the most

horrific circumstances one can imagine…Maria Anglada is so effective because she is so simple. There is no overblown prose, no unexpected kink in the plot line and no dramatic note of triumph or despair at the story’s conclusion.’

‘A distresssing and thrilling fight to survive thanks to art, music and the ability of hands and heart.’

‘A parable on the value of art and a hymn for the victims of Auschwitz, this has the soulful ache of the best violin music.’

‘I’ve read–and reviewed–many Holocaust stories, but the emotional impact never seems to diminish. This elegantly slender tale of how a master-crafted violin survives the great mid-20th century evil to be played at a concert to mark the 200th anniversary of Mozart’s death is no exception.’

haunting aura that pervades every page. This book will make you turn the pages