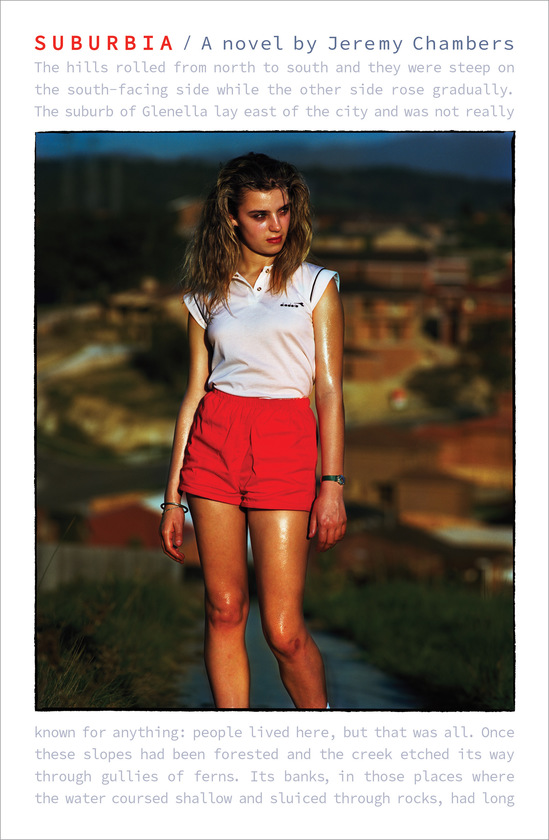 ‘I think what Darren’s really good at, is that he sort of understands other people. Sometimes, even if I don’t say anything, he seems to know what I’m feeling anyway.’
Cassie’s face lit up. ‘Yes,’ she said. ‘That’s what I think too. That’s exactly what I think…’

ROLAND lives with his parents, Graham and Joyce, and his younger sister, Lily, in the golden light of an outer suburb— Glenella. He dreams of escaping, of finding an intoxicating life somewhere else.
He is in love with Cassie Noble, the daughter of his parents’ friends Reg and Colleen. But when Darren Wilson moves into the neighbourhood and attracts the interest of both teens, a conflict emerges that threatens the friendship between the two families.

Following his acclaimed debut, The Vintage and the Gleaning, Jeremy Chambers’ new novel, Suburbia, is a revelation: a coming-of-age drama about the end of innocence set in a hidden world of paling fences and fragrant lawns, amid the flickering light of memory and desire. 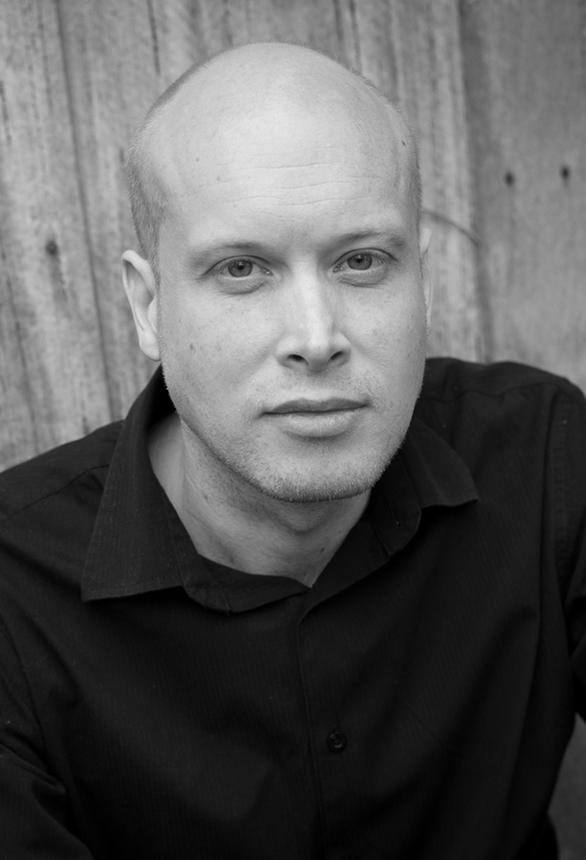 ‘The author’s achievement is to paint the neon-hued, big-haired, acid-washed landscape of the 80s in Australia with Heidelberg School exquisiteness, and in doing so he brings an oddly formal, grave, elegiac air to a moment and a world that seems shallow and silly in retrospect…the effect can be miraculous, a transfiguration of the commonplace.’

‘Suburbia, Chambers’s second novel after the much-praised The Vintage and the Gleaning, adds another voice to a welcome wave of Australian fiction that re-evaluates family life at the end of the 20th century, a time just close enough to make readers feel rather uncomfortable without quite causing us to look away.’

‘Anyone who has read Puberty Blues or seen the excellent TV series of the same name will find echoes of it here in Chambers’s evocation of his teenage years in Australia. His gritty description of underage sex, drug taking, petty crime and mindless violence is interspersed with lyrical writing in stark contrast to the backdrop of an aimless existence in a dull suburb…Cleverly crafted and highly recommended.’

‘Chambers has an uncanny ability for writing evocatively of a sun drenched time and place—Small town. Big consequences. Recommended.’

‘Chambers has written a coming-of-age story that is bleak, but beautifully, slowly, meditatively well observed and written, painted and polished, and remembered…It’s adolescence in all its glory.’

‘Chambers has an uncanny ability for writing evocatively of a sun-drenched time and place where he too “came of age”.’

‘Reading Suburbia is like finding out the backstory to a Henson photo; small events that unfold in darkness are revealed to the light.’

<i>And how much there was to be talked of, how much seemed to have happened in their short lives, how many certainties and ideas they had.</i>