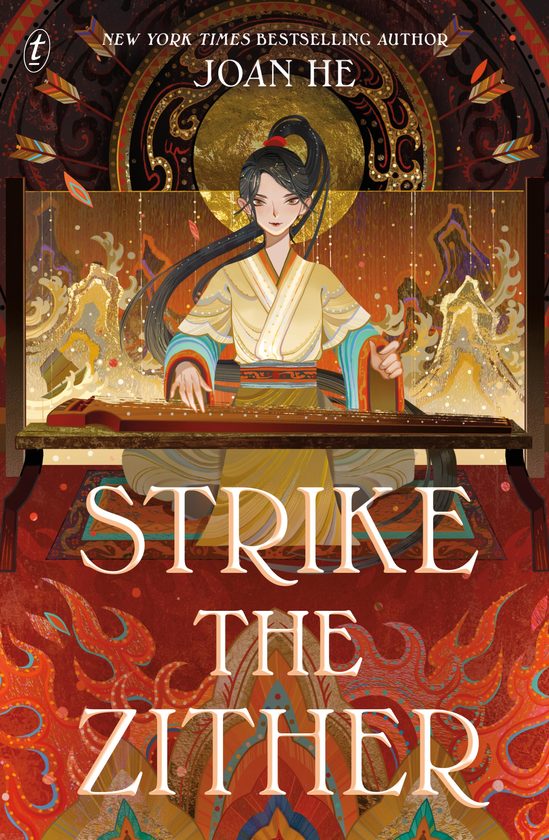 The year is 414 of the Xin Dynasty and chaos abounds. A puppet empress is on the throne. The realm has fractured and three warlordesses each hopes to claim the continent for herself.

But Zephyr knows it’s no contest.

Orphaned at a young age, Zephyr took control of her fate by becoming the best strategist in the land. Now she serves under the most honourable lordesss, the last one still loyal to the empress. But honour is double-edged in a war where one must betray or be betrayed, and it’s up to Zephyr to infiltrate a rival camp when their survival hinges on it. There is more than one enemy, however – and not all of them are human. Can Zephyr finally overcome her fate as written by the gods?

Strike the Zither is a brilliant, action-packed YA/crossover fantasy about found family, rivals and identity, in which Joan He reimagines Three Kingdoms, a classic from Chinese literature, with new female agency. 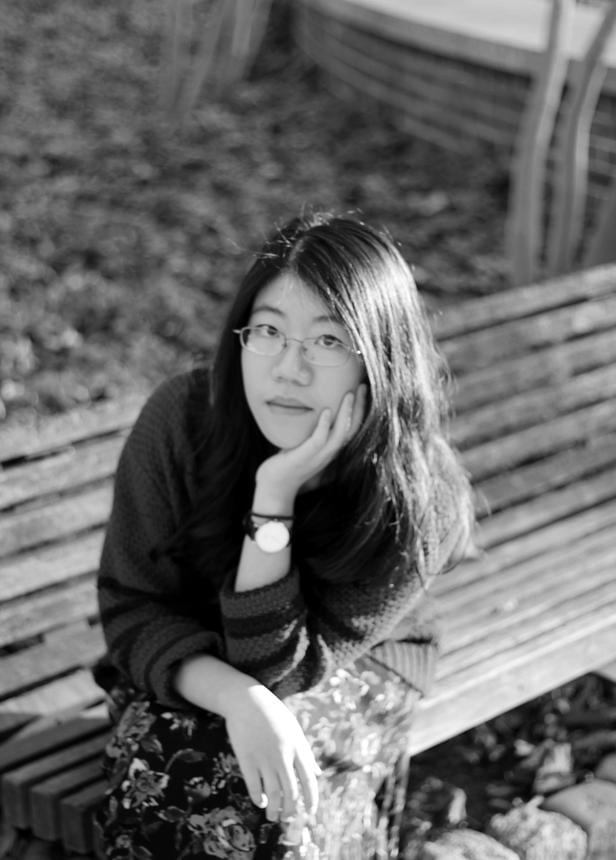 Joan He is a Chinese-American writer. At a young age, she received classical instruction in oil painting before discovering that storytelling was her favourite form of expression. She studied Psychology and East Asian Languages and Cultures at the University of Pennsylvania and currently splits her time between Philadelphia and Chicago. She is...

Praise for Joan He
andStrike the Zither

‘Joan He takes no prisoners, and Strike the Zither is her latest triumph. An intricate, expansive epic that poses difficult questions and eschews easy answers, this book is as ambitious as its scheming, ruthless cast—and just like its narrator, delivers above and beyond.’

‘Filled with twists and turns, Strike the Zither is a meticulously plotted, supremely satisfying story that explores identity, legacy, and loyalty in unexpected ways. This is Joan He’s best yet.’

‘A fierce reimagining of the Chinese classic: an ode to loyalty, family, destiny, and the complicated ways each of these elements bind or free the cunning strategist at the center of the tale. This riveting read is full of twists and surprises that shock and delight, building up to the epic conclusion that left me gasping.’

Judy I. Lin, #1 New York Times-bestselling author of The Book of Tea duology

‘Strike the Zither is a page-turner, full of unexpected twists, with an expansive, intricate world of sisterhood and subterfuge. He’s smooth, economical style is the perfect vehicle for this gripping political fantasy, marrying cat-and-mouse intrigue with a tenderness and emotional depth that heightens the stakes of every new reveal. A standout work from a remarkable author.’

‘Rich with intrigue and epic in scale. Strike the Zither grows tall on the heroic classics it draws from, yet beats powerfully with a heart of its own. Joan He aims ambitiously and lands true each time.’

‘Joan He will stun readers with her latest book. Richly layered and highly creative, Strike the Zither offers a world brimming with war, love, and unforgettable characters. A truly magnificent book.’

‘In this tautly plotted, vividly reimagined tale of a beloved Chinese classic, He orchestrates an epic page-turner that leaves a resounding echo in the minds of its readers. A cunning protagonist and complex cast of characters rounds up this intricate tale of destiny and legacy, honor and betrayal, crescendoing with each twist and reveal. Strike the Zither will keep you guessing–and gasping for more.’

‘Strike the Zither reimagines the Chinese classic Romance of the Three Kingdoms in a way never seen before, with intense twists and turns that pay homage to its inspiration while being refreshingly different. A brilliant exploration of destiny and identity!’