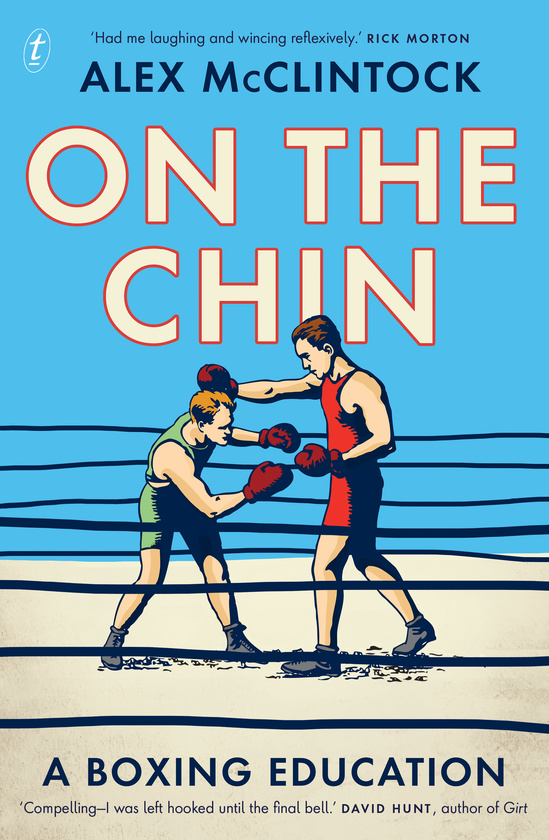 On the Chin: A Boxing Education

Read a sample chapter from On the Chin here

The first thing that impressed me about Fritzy was his collection of boxing maxims, which he deployed continuously and without regard to their relevance: ‘Ya don’t play boxing’, ‘Don’t hook with a hooker’, ‘Kill the body and the head’ll die’, ‘Move ya head or the other guy’ll move it for ya.’

Fritzy was Jake’s trainer. I had got his mobile number from Jake, but put off dialling it for two days, afraid my voice would betray me as soft, privileged and generally unsuitable for instruction. When I did finally work up the nerve to call, I half-hoped nobody would pick up. But on the fifth ring, a voice, broad and rasping, answered: ‘Fritzy here.’

‘G’day,’ I said, affecting the same kind of matey, flat-vowelled intonation my dad uses when talking to his mechanic. ‘I was calling about getting some boxing lessons for me and a mate?’

The sport of boxing provokes love, loathing and sometimes lust with equal intensity. It’s a ticket out of poverty, a middle-class fascination and a promoter’s goldmine; it can hook people with a primal burst of adrenaline and clinch them tight, or repel them utterly from the first jab.

In On the Chin Alex McClintock uses his own unlikely progress through the amateur ranks as a springboard to explore the history, culture and contradictions of the sweet science—with detours through some of its notable characters, including: Benny ‘The Ghetto Wizard’ Leonard, ‘The Boxing Barista’ Luigi Coluzzi, the immaculately named Trenton Titsworth, and the great Ruben Olivares, once described as ‘the undisputed champion of the bender and the cabaret’.

Informative, insightful and effortlessly entertaining, On the Chin is your essential guide to the art of hitting and getting hit.

ABC News: Coronavirus lockdown has magnified the pitfalls of living in a tiny house 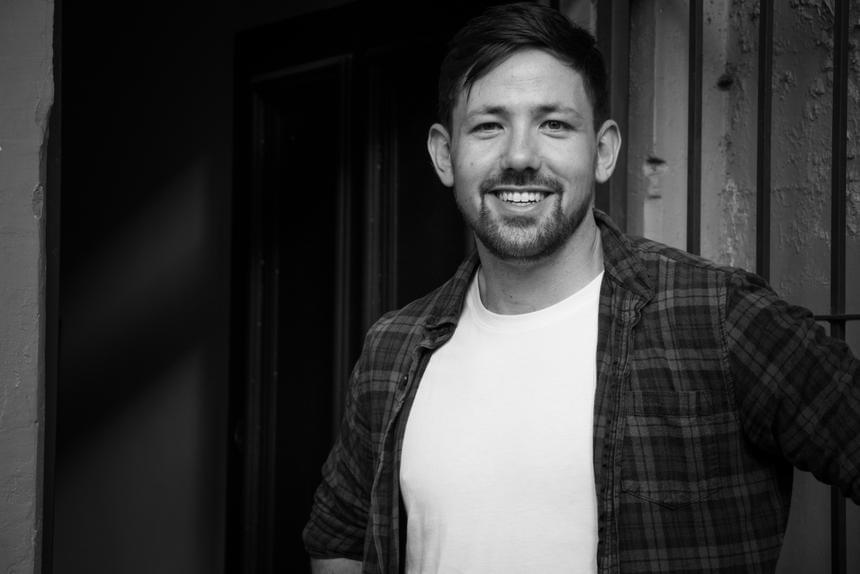 Alex McClintock grew up in Sydney, Australia, and now lives in Toronto, Canada. His writing has appeared in the Guardian, the Globe and Mail, the Sydney Morning Herald and the Monthly. On the Chin: A Boxing Education is his first book.

‘The sweet science of boxing has gifted us the best work of some of the finest writers in literature. And now Alex McClintock has deepened that dark, mysterious well of beautiful writing about the most brutal of sports.’

‘Compelling - I was left hooked until the final bell.’

‘I thought I wasn’t interested in boxing, and then I read this book. Completely engrossing, thoughtful and at times touching; you will learn about boxing but you will also learn a little more about the world we live in, and why we can be brought together by people hitting each other. Alex’s writing is something to behold.’

‘A beautifully written portal into a sometimes misunderstood sport. Alex McClintock’s On the Chin illuminates a world that has a rich cast of heroes and villains, and his own journey into that tribe. A treat for boxing fans and non-fans alike.’

‘On the Chin is a rare work, in that it made me enthusiastic about hitting other people. Yes, this is a book about the dance and technical beauty of boxers in the ring but McClintock’s insight into the human drive – the ambition to punch and be punched – makes this sing. In reading this, we hear the echoes of race, poverty and the funeral song of great fighters who razed all before them but never ended up truly winning. Alex had me laughing and wincing reflexively. Then, most powerfully, I began wondering if maybe this fighting business was something I should try. He’s that good.’

‘Alex McClintock has written an evocative and engaging boxing memoir rich in the history and pathos of the fight game, filled with riveting and illuminating detail about his own attempts to become a boxer.’

‘McClintock perfectly portrays those wild highs and lows of the amateur pugilist.’

‘A genuine pleasure from start to finish, not only for lovers of boxing and sport, but also for lovers of great Australian comic writing…highly original, often hilariously funny.’

‘It’s brave and lovely and thrilling and funny. I enjoyed it tremendously. It is the most entertaining boxing story I have read in years.’

‘I’m no boxing fan but Alex McClintock’s gonzo history of the sport, On the Chin, is a knockout. Weaving from playground days to sweaty contests, Alex dances between social history and bloke psychology, from scandals to villains, always with panache.’