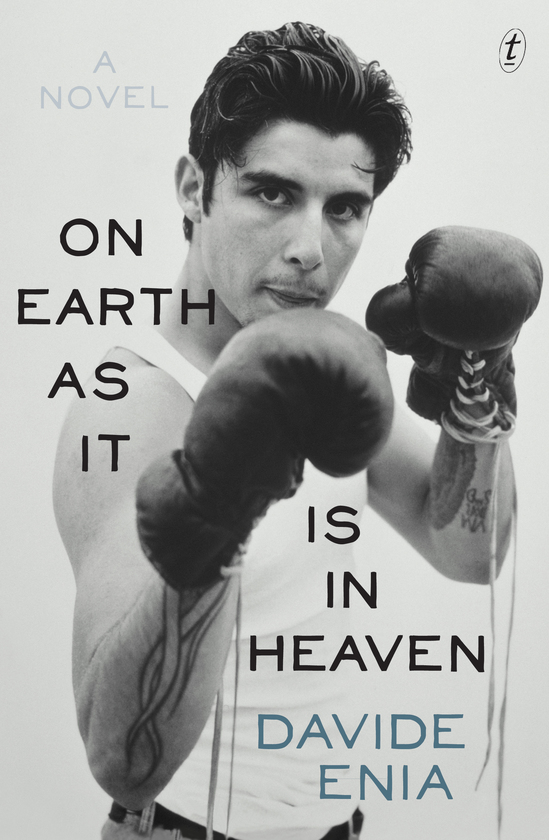 On Earth as It Is in Heaven: A Novel

There are two of them in the boxing ring.
One weighs 145 pounds, stands 5 foot 5, and is twenty-six years old.
The other one? Nobody knows his weight and it doesn’t matter how tall he is, he’ll grow.
No one has bandaged his wrists, he’s wearing boxing gloves, he’s bouncing on his toes in the ring.
He’s nine years old.

A dark, gripping coming-of-age tale that explores friendship and family, love and betrayal, masculinity and violence.

In the early 1980s Mafia gang wars are tearing the precariously stitched-together city of Palermo apart. A fatherless nine-year-old boy climbs into a boxing ring to face his first opponent.

Davide Enia’s sweeping multigenerational saga reaches back to World War II and forward to talented young Davidù’s quest to become a champion boxer for his country—a feat that has eluded the other men in his family.

A sensation when published in Italy in 2012, On Earth as It Is in Heaven is at once an intimate account of Sicilian life and devastatingly universal. 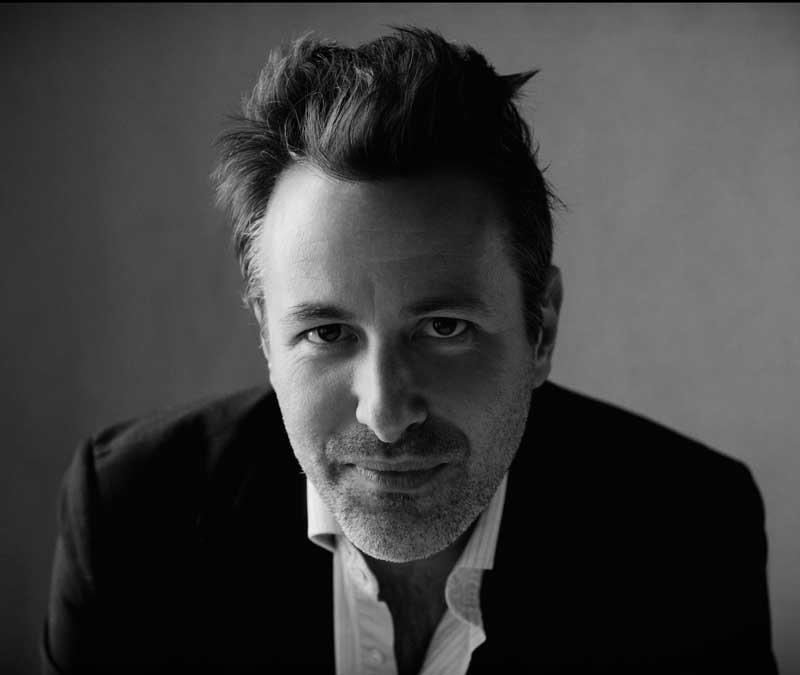 Davide Enia was born in 1974 in Palermo. He has written, directed and performed in plays for the stage and radio. On Earth as It Is in Heaven, his first novel, has been translated into eighteen languages. Davide lives and cooks in Rome.

Praise for Davide Enia
andOn Earth as It Is in Heaven

‘[Davide Enia] talks to his reader and he lets his characters talk, characters who at times are pure voice, resounding at length. We’ve not only read his protagonists, we’ve listened to them, smelled them. They’re not made of paper; they jump from the pages of this novel. A boy is a pair of fists and an excess of timidity; a girl is all looks and things left unsaid…On Earth As it Is in Heaven is an experience: you have to live it. A coming-of-age novel that’s not at all traditional, it contains so much: war, boxing, love, sensuality, humor, friendship, death.’

‘A feint, a dodge, a strike, you back away and then you land the decisive punch. As entertaining as a bout, as powerful as a direct hit: a book that leaves you breathless like a punch in the gut…Enia, a man of the theater as well as music, tells—in a language that’s sometimes like ballet sometimes like hand-to-hand combat, fraught and graceful by turns—the sentimental and pugilistic education of a young native of Palermo in the nineties…A carnal book, full of sweat, and punches and blood and violence: the petty violence of the streets and the serious violence of the Mafia, always in the background. Enia strikes and leaves a mark.’

‘Enia is at his best in dialogue: fraught, funny, dynamic, that records the debris of a daily life composed of rituals and repetitions that alternate between discomfort and consolation…This voice has an ancient, Mediterranean resonance, so that the dialogue becomes almost a chorus that tells of how time rushes by, how it is a mistress, a lover, a friend, the devil.’

‘In a choral voice that Palermo seems almost to demand…and drawing from a fairly varied linguistic and stylistic palette, Enia’s writing unfolds and enfolds…The novel draws you in and takes you far.’

‘Truth and simplicity…furious talent. On Earth As it Is in Heaven, Davide Enia’s debut novel, has these three powers…The fury of Enia’s writing is tied to his authenticity, his telling things how they are…which lend the novel the rhythm of the ring. One intuits that there’s something lived and indelible, something true, in this book…A powerful novel.’

‘On Earth As it Is in Heaven is a novel of dazzling beauty…a book that takes on half a century of Palermitan history, from 1942-1992, and invents many unforgettable characters, beginning with the protagonist: the boxer Davidù.’

Di Più
Other editions ofOn Earth as It Is in Heaven

Rights forOn Earth as It Is in Heaven