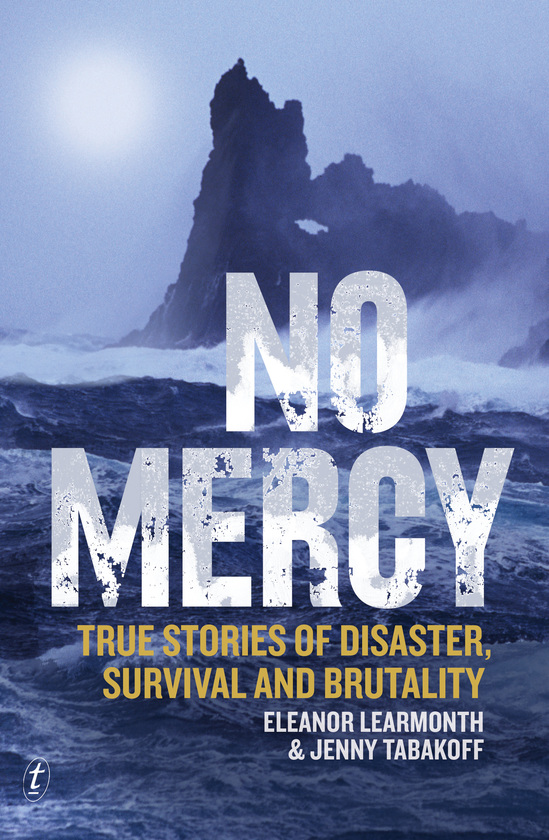 No Mercy: True Stories of Disaster, Survival and Brutality

Disaster strikes. A ship goes down, a plane crashes, a party of travellers is cut off.

But when the panic and confusion subside and the dead are counted, the survivors must find a way to keep surviving. And in desperation, unconstrained by law or conventional authority, the tactics they resort to can be both horrifying and ultimately self-destructive.

Learmonth and Tabakoff outline the physical and neurological changes that typically affect the victims of disaster. Then, using true stories from history as case studies, they investigate the scenario famously imagined by William Golding in Lord of the Flies and borne out by the extraordinary Robbers Cave experiments of the 1950s. As this fascinating book unfolds the awful truth becomes clear. In extremis, humans are capable of a swift descent into murderous savagery that is both hard to believe—and impossible to forget. 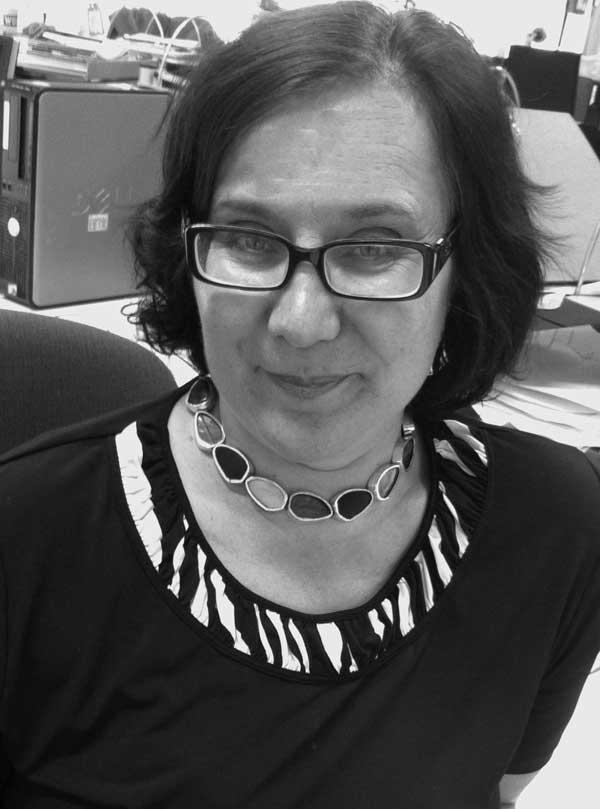 Jenny Tabakoff has been a senior journalist in Australia and Britain for The Times, the Sydney Morning Herald and AAP. She is the co-author of Australian Style. 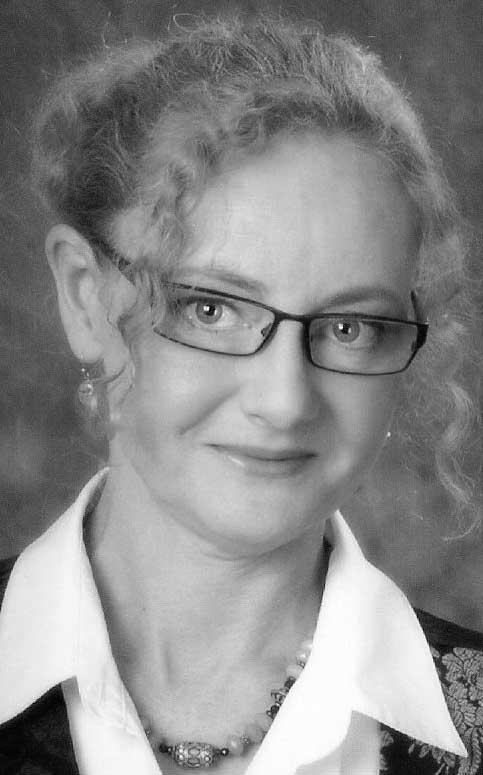 Eleanor Learmonth has worked as a teacher and freelance journalist in Japan and Australia. She has a reputation as a magnet for natural disasters.

‘Succinct yet considered, accessible yet authoritative, Learmonth and Tabakoff strike a happy balance between scholarliness and readability throughout…cogent presentation of some truly harrowing subject matter, which less responsible hands might have milked for vulgar sensationalism.’

‘Well researched and well argued, lively and energetic, No Mercy is full of insights into leadership, loyalty, sacrifice and compassion that will challenge readers to wonder what they might do if similarly tested.’

‘Sometimes adversity brings out the best in people, at other times it does the opposite. This is about those other times…excellent reading when you’re safely at home.’

‘A fascinating post-mortem of how certain groups manage to survive while others flailed about in drunken, murderous chaos.’

‘This fascinating book shines light on an awful truth.’

‘[No Mercy] vividly shows just how tenuous humanity’s hold on its existence can be.’

‘This is a compelling read…the authors write their terrible tales smoothly and convincingly.’

‘A fascinating account of how people die or survive under dreadful circumstances. It has been written with flair and veracity, is well-researched and documented, and it is never dull.’

<p><b>From 'The Raft of the <i>Medusa</i>' chapter (1816):</b></p> <p>The first night began to fall; all the food was gone and the weather deteriorated. The curses of the day gave way to prayers as the waves crashed down on the raft, violently flinging it about.<br>    In the inky blackness, some began to hallucinate, imagining fires in the distance. Throughout the night the miserable group fought to stay alive, '<i>suspended between life and death, lamenting our misfortune, certain to perish'</i>. They cried out farewells to each other and made promises to God.<br>    Daylight revealed a shocking sight. A dozen men had become entangled in the latticework of the platform and were now dead, their corpses embedded in the structure of the raft. Others had been lost overboard. Altogether about 20 had died. Two young brothers found their father trapped in the platform. Believing him dead, they dragged out his body and discovered he was still alive.<br>    Two other boys, unable to cope, threw themselves overboard. The baker followed suit.<br>    Daylight and calm weather, however, saw a degree of tranquillity on the raft, and the day passed largely without incident, although those with flesh wounds suffered greatly from their immersion in saltwater. When it came time to distribute some fluids, it was discovered some of the soldiers had managed to get double or triple their share in the general confusion. Griffon du Bellay, having survived two attempts to kill himself decided to drink some seawater every day, a decision the rest thought was almost tantamount to suicide.<br>    This brief lull did little to prepare them for the insanity of the following night. Having seen neither the shore nor rescue boats, despondency began to overwhelm many of the survivors. Once again it was particularly dark and there was a perception that the sea had become very rough.<br>    Anyone on the edge of the raft was in danger of being swept away, so all struggled to reach the relative safety of the centre. A division began to form in the group; the officers and civilians clustered around the centre found themselves at odds with the sailors and soldiers who had reached a state of contagious, suicidal despair. The soldiers seized a wine barrel and began to drink. The wine exacerbated their grim mood, culminating in a decision to hack the raft to pieces.<br>    Once this faction realised the officers would oppose this collective suicide, fighting broke out. A tall, intimidating soldier, armed with a boarding axe, began hacking at the lashings that bound the raft. An officer dashed over and killed him with his sword. This was like a spark to a tinderbox. The drunken mob rushed at the officers and another soldier was hacked to death.<br>    Many passengers, wishing to defend the raft, rallied to help the officers, until this group numbered around 20. The raft was bereft of anything useful but bristling with weapons – pistols, carbines, sabres, knives, bayonets and axes. Another soldier rushed towards the centre, and '<i>immediately fell, pierced with wounds'.</i><br>    The mutineers regrouped at the back of the raft, where they surreptitiously cut at the lashings with a knife. The officers attacked, throwing two of the soldiers into the sea. There was a renewed slashing at the ropes, partially successful; the mast that Savigny had constructed fell, knocking out an officer. The rioters grabbed his unconscious body and heaved it into the sea. He was pulled back by his friends, only to be set upon by the mob who wanted to cut his eyes out with a penknife.<br>    The only female on board (a washerwoman) and her husband were attacked with sabres and bayonets, then seized and thrown overboard.  Corréard and another man tied ropes around their waists and dived overboard to save the unfortunate pair. Still the fighting continued, the moonlight revealing the platform scattered with the mutilated bodies of the dead and dying.<br>    Exhaustion led to a brief lull. Some of the soldiers even cried out for forgiveness. Then for no reason, the battle reignited, the mob driven to a level of aggression that indicated many had abandoned their last links with humanity. Those without weapons resorted to tooth and nail; Savigny was bitten on the shoulder and legs. Another man had his Achilles tendon savagely mauled.  Others attempted to gouge out eyes with their thumbs, '<i>their senses entirely deranged, they rushed at us like madmen', </i>according to Corréard and Savigny's later account.<br>    An injured midshipman, Jean-David Coudein, was at one end of the raft, trying to shelter a terrified 12-year-old boy named Leon. The soldiers grabbed both and threw them into the waves. Heroically, Coudein managed to keep hold of Leon and clamber back on the raft.<br>    At some point in the long night, the fighting once again subsided. Extreme exertion, mixed with fear, shock, injuries, hunger, dehydration and the darkness had a strange effect on many. They were literally losing their grip on reality, and many found themselves at the mercy of powerful hallucinations.<br>    Corréard thought he was off travelling across the beautiful Italian plains. Others asked where their hammocks were, or thought they were back on the <i>Medusa</i>. One man reassured whoever would listen that he was busy writing a letter to the governor. Some could see ships or cities that weren't there. Savigny felt himself to be having a delightful time in a country filled with lush plantations.<br>    For the men who could not shake of these delusions quickly, disaster awaited – '<i>their death was certain. Some became furious, others threw themselves into the sea</i>.'<br>    As dawn broke, many of the survivors felt the night's brutal events had been a terrible hallucination, but daylight exposed the extent of the violence – between 60 to 65 men had died during the night. About 15 had committed suicide, the rest had been murdered.</p>