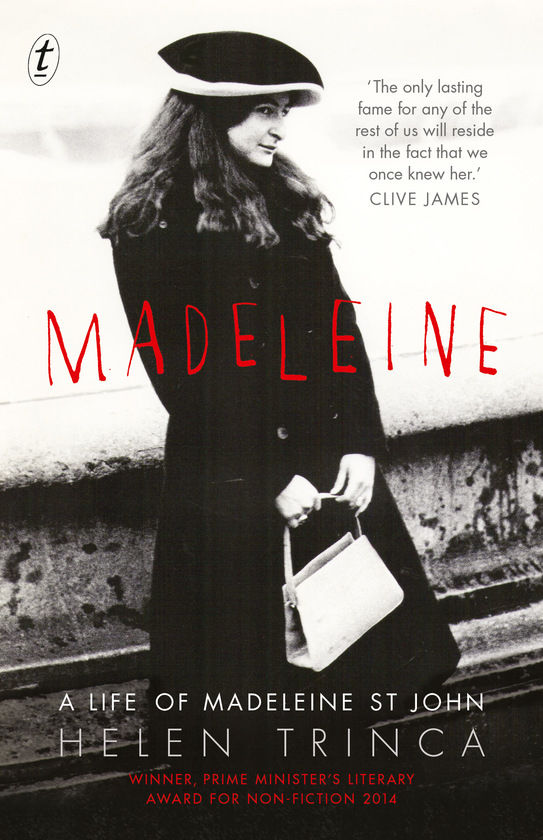 At the age of fifteen Madeleine saw herself as a painter and pianist, but Ms Medway peereddown at Madeleine during her entrance interview in 1957 and announced: ‘You know dear, I thinkyou might write.’

Madeleine would write. But not for some time. The Women in Black, a sparkling gem that beliedthe difficulties that had dogged her own life, was published when Madeleine St John was in herfifties. Her third novel, The Essence of the Thing, was shortlisted for the 1997 Booker Prize, andshe continued to write until her death in 2006.

Helen Trinca has captured the troubled life of Madeleine St John in this moving account of a remarkable writer. After the death of her mother when Madeleine was just twelve, she struggledto find her place in the world. Estranging herself from her family, and from Australia, she lived fora time in the US before moving to London where she joined Australians Robert Hughes, Germaine Greer, BruceBeresford, Barry Humphries and Clive James. In 1993, when TheWomen in Black was published, it was immediately clear what a marvellous writer Madeleine St Johnwas.

At the launch of Madeleine, Richard Walsh spoke about his own experience of the St John family. Read the speech in full, here. 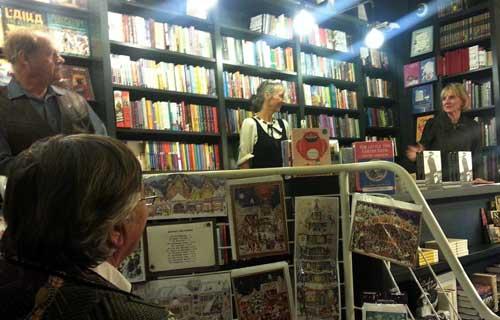 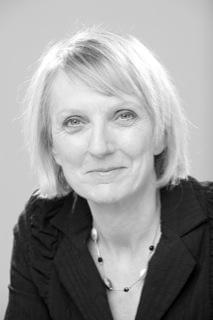 Helen Trinca has co-written two previous books: Waterfront: The Battle that Changed Australiaand Better than Sex: How a Whole Generation Got Hooked on Work. She has held seniorreporting and editing roles in Australian journalism, including a stint as the Australian’s Londoncorrespondent, and is currently Managing Editor of the Australian. Her...

‘Madeleine is a joy…Moving, frustrating, fascinating: Madeleine is a wonderful book. One thinks St John might have appreciated its elegance, at least. Though she would have hated it, of course; which is to say Trinca has told her story scrupulously, and well.‘

‘Expertly researched and fair in its portrayal…[Trinca’s prose] is able to masterfully conjure the affluence of 1950s Sydney, its lonely housewives and lost migrants, as well as the shabby chic of 60s London and its bohemian share houses, head with casual sex and marijuana.’

‘[Madeleine] isn’t merely a history of a singular writer, it is also a trenchant interrogation of a period and a country.‘

‘It is a credit to Trinca’s research and the empathy she displays in this fine biography of a difficult woman that at the end the reader goes to the shelves and takes out the copies of St John’s books.’

‘A rich and moving account of a difficult life redeemed by art.’

‘The vibrant and witty prose of Australian novelist Madeleine St John belies a sombre and troubled soul according to this new biography, which delves into the writer’s fragile psyche…This insightful study pays homage to a gifted, but underrated author.’