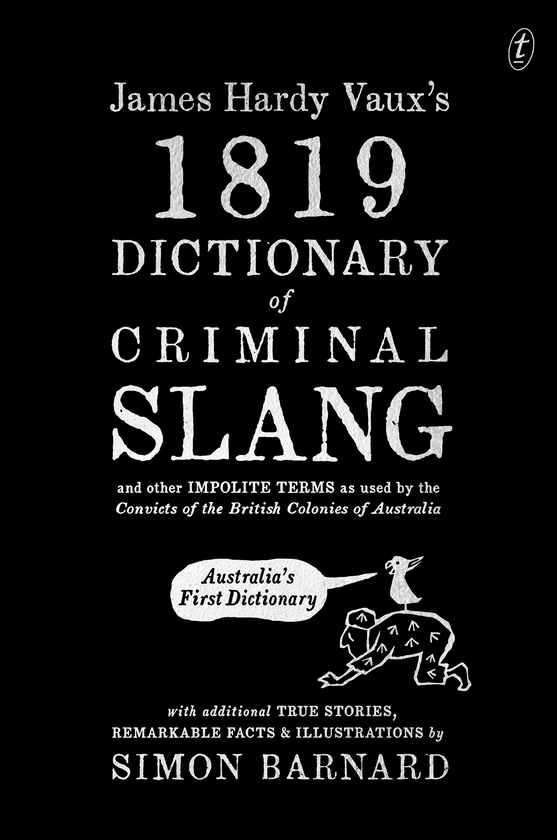 James Hardy Vaux’s 1819 Dictionary of Criminal Slang and Other Impolite Terms as Used by the Convicts of the British Colonies of Australia with Additional True Stories, Remarkable Facts and Illustrations

In the early 1800s magistrates in the Australian colonies were often frustrated by the language used by reoffending convicts to disguise their criminal activities and intensions. Convict clerk James Hardy Vaux came up with a useful idea: a dictionary of slang and other terms used by convicts. And so, in 1812, he compiled what was to be Australia’s first published dictionary.

With words such as fence (a receiver of stolen goods), flesh-bag (a shirt), flip (to shoot); galloot (a soldier), kid (a child thief), knuckle (to pickpocket), ramp (to rob out in the open), ruffles (handcuffs), screw (a skeleton key), serve (to rob), stamps (shoes) and wrinkle (a lie), Vaux’s dictionary is a fascinating account of convict language, including the origins and early usage of several words that have evolved to become part of Australian English today. And Simon Barnard’s illustrations and supporting accounts of individual convicts and their criminal antics complements this lively picture of Australia’s convict history.

James Hardy Vaux was born in 1782 in Surrey, England. He was transported to Australia for seven years for stealing a handkerchief. On the voyage back to London, he was employed writing the King’s log, but after committing further crimes he was transported again to New South Wales. He compiled his dictionary while in the Newcastle Penal Settlement, and soon after he received a conditional pardon. There is no record of his death. 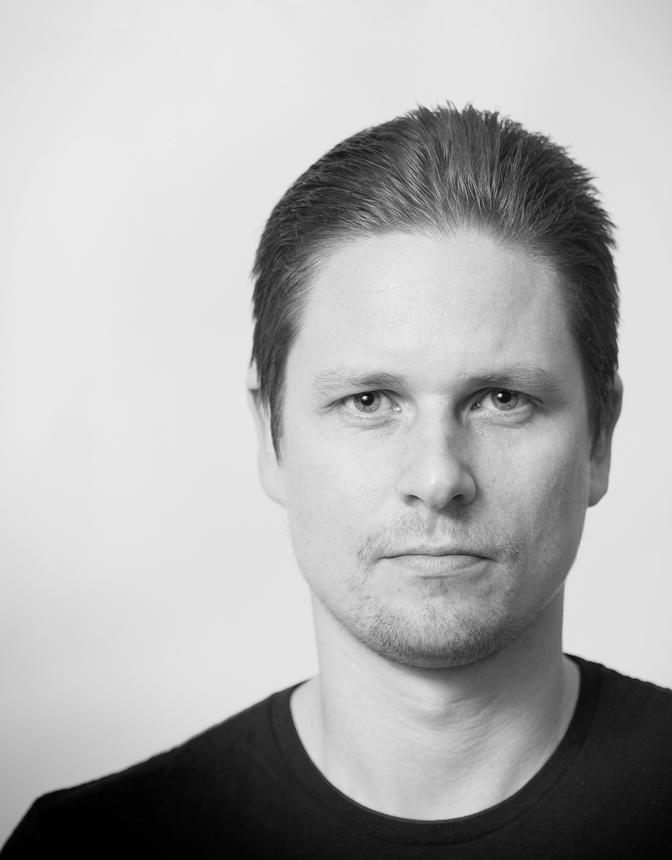 Simon Barnard was born and grew up in Launceston. He is a writer, illustrator and collector of colonial artifacts. He won the CBCA Eve Pownall Award for Information Books in 2015 for his first book, A-Z of Convicts in Van Diemen’s Land. His second book, Convict Tattoos, was published by Text in August 2016 and Gaolbird was published in 2017....

Praise for Simon Barnard
andJames Hardy Vaux’s 1819 Dictionary of Criminal Slang and Other Impolite Terms as Used by the Convicts of the British Colonies of Australia with Additional True Stories, Remarkable Facts and Illustrations

A lively, detailed and richly illustrated account of the lives of convicts sent to Van Diemen’s land.’

‘This beautifully told and illustrated story of William Swallow and convict Popjoy is an historical adventure with a difference.’

‘To read this dictionary of inventive and colourful “flash language”…is to find yourself wishing it could be re-introduced into Australian English.’

‘Barnard’s latest masterpiece is a publication which should adorn every Tasmanian bookshelf.’

Tasmania Historical Research Association Journal
Other editions ofJames Hardy Vaux’s 1819 Dictionary of Criminal Slang and Other Impolite Terms as Used by the Convicts of the British Colonies of Australia with Additional True Stories, Remarkable Facts and Illustrations
Other Titles bySimon Barnard

ShareJames Hardy Vaux’s 1819 Dictionary of Criminal Slang and Other Impolite Terms as Used by the Convicts of the British Colonies of Australia with Additional True Stories, Remarkable Facts and Illustrationsvia: