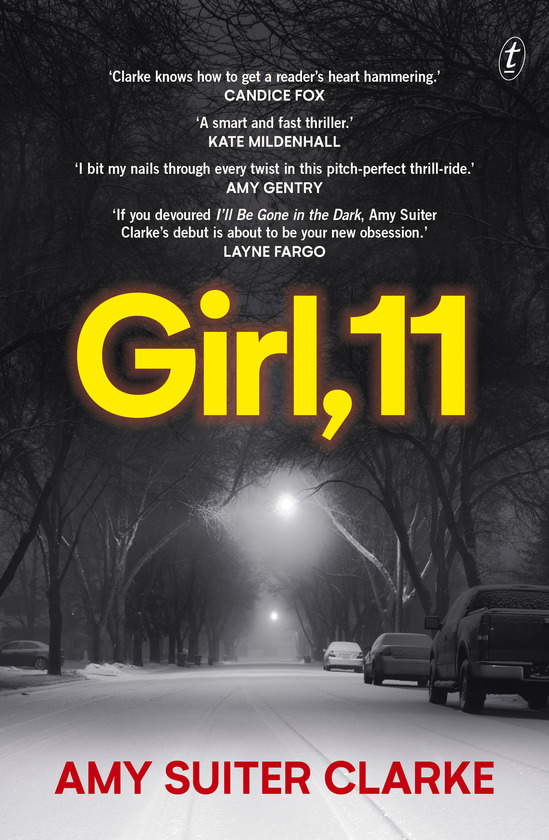 Former social worker Elle Castillo is the host of a popular true-crime podcast that tackles cold cases of missing children in her hometown. After four seasons of successful investigations, Elle decides to tackle her white whale: the Countdown Killer, or TCK.

Twenty years ago, TCK established a pattern of taking and ritualistically murdering girls, each a year younger than the last. No one’s ever known why—why he stopped abruptly with his eleven-year-old victim, or why he followed the ritual at all.

Weeks into her new season, Elle sets out to interview a listener promising a tip, only to discover his dead body. When a child is abducted days later, in a pattern that looks very familiar, Elle is convinced TCK is back. Will she be able to get law enforcement on her side and stop TCK before it’s too late? 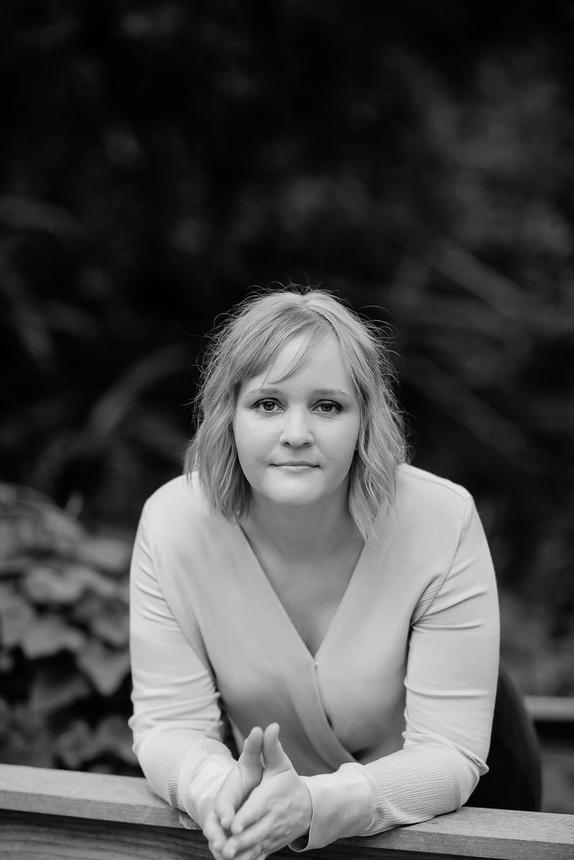 Amy Suiter Clarke is a writer and communications specialist. Originally from a small town in Minnesota, she completed an undergraduate in theatre in the Twin Cities. She then moved to London and earned an MFA in Creative Writing with Publishing at Kingston University. She currently works for a university library in Melbourne. Girl, 11 is her...

‘Delectably tense and terrifying, Girl, 11 introduces us to a dormant serial killer and the podcaster who will risk everything—even her own life—to uncover his identity. With psychological precision and electric storytelling, Amy Suiter Clarke has created a thriller that feels ripped from the headlines, her Countdown Killer becoming as real to the reader as the Golden State Killer or BTK. True-crime fanatics will find their new obsession in this dark, page-turning debut.’

Megan Collins, author of The Winter Sister and Behind the Red Door

‘Clarke knows how to get a reader’s heart hammering.’

‘Girl, 11 is a chilling, expertly constructed thriller that strikes the perfect balance between page-turning twists and piercing commentary on the true cost of crime. If you devoured I’ll Be Gone in the Dark, Amy Suiter Clarke’s debut is about to be your new obsession.’

‘In this remarkable debut, Amy Suiter Clarke weaves together narratives from a true-crime podcaster’s real life and her broadcasts as she tracks down a serial killer who may have returned after years of lying in wait. This compelling and skillfully crafted story will keep readers glued to the pages. Girl, 11 is current, twisty, and utterly irresistible!’

Wendy Walker, bestselling author of Don't Look for Me

‘Girl, 11 is a powerful, engaging debut from Amy Suiter Clarke—and gives readers a memorable, genuine protagonist in Elle Castillo. Clarke crafts a tale of obsession, dark histories and one woman’s quest to bring a terrifying killer to justice. Girl, 11 is delivered with poise, style and cunning—making it impossible to put down.’

‘Twisty and tense! Girl, 11 is a stirring and stunning tale of secrets, saviors and serial killers. This story stays with you long after you’ve reached the last page!’

Rachel Howzell Hall, author of the critically acclaimed novels And Now She's Gone, They All Fall Down and the D

‘Amy Suiter Clarke comes out of the gate running with a confident and riveting debut perfect for fans of Karin Slaughter and Meg Gardiner. Girl, 11 follows the host of an investigative podcast tracking a bloodthirsty serial killer as he counts down to his youngest victim yet. I bit my nails through every twist in this pitch-perfect thrill-ride—and teared up at its commitment to honoring victims of violence everywhere.’

‘Girl, 11 is a dazzlingly twisted and dark thriller with complex characters, a neo-Gothic atmosphere and a killer that ranks with some of the most disturbing in the genre. Amy Suiter Clarke is a magnificent guide through this macabre labyrinth.’

‘An exceptional debut, clever and assured…Amy Suiter Clarke has brought The Countdown Killer to life in a way that made it feel like true crime.’

‘Amy Suiter Clarke’s remarkably well-constructed debut takes readers on a terrifying, nail-biting journey to find a killer. With brilliant twists and turns and a genius mix of propulsive action and psychological tension, Girl, 11 is a masterful, heart-pounding suspense that ushers in an astonishing new voice in crime fiction.’

‘Girl, 11 dives into the world of true-crime podcasts, and also plays with structure and form. It’s the kind of book you start reading on a lazy afternoon and then can’t stop until it’s done. A smart and fast thriller.’

‘[Girl, 11 preserves] a real sense of suspense and mystery while respecting the real people behind the genre it’s a part of. This was a remarkably strong debut, one which entertained and kept me in suspense in equal measure. Amy Suiter Clarke is an author to be excited about.’

‘This was a remarkably strong debut, one which entertained and kept me in suspense in equal measure. Amy Suiter Clarke is an author to be excited about, and one who I’ll certainly be watching.’

‘Propulsive…Not only is the book difficult to put down, it’s also an adroit exploration of the ethical quandaries of true-crime storytelling, particularly in podcasts.’

‘Girl, 11 has everything that a good thriller needs…A well written debut.’

Robert Goodman, Pile by the Bed

‘A gripping, well written and briskly paced thriller that quickly draws the reader in and keeps them engaged until the last page.’

‘The tension and suspense is well-crafted, compelling…[Poses] interesting questions about survivors and victims, their families, who has the right to tell someone else’s story, grief and loss over the passage of time, suspicion, guilt, memory, the lasting effects of trauma, and the role the more and more popular true-crime platforms play in examining past crimes.’

‘An assured debut…I raced through reading it and the author has produced a fabulous first book.’