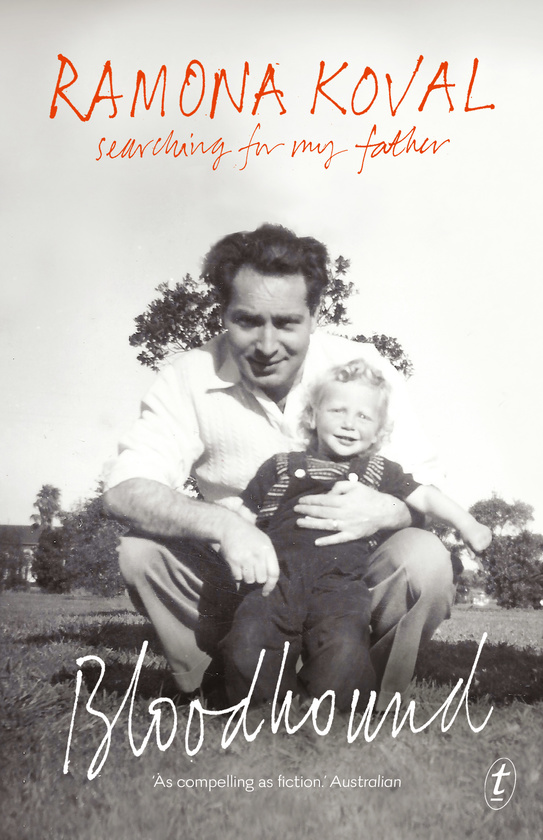 Bloodhound: Searching for My Father

I looked up the name in the phone book and rang the number. I tried to imagine the conversation that might ensue. ‘Hello? I was wondering if you’re the man who was recently at an auction and asked a woman named Bernadette if I was married and had children and was happy—and if you are, are you my real father?’

Ramona Koval’s parents were Holocaust survivors who fled their homeland and settled in Melbourne. As a child, Koval learned little about their lives—only snippets from traumatic tales of destruction and escape. But she always suspected that the man who raised her was not her biological father.

One day in the 1990s, long after her mother’s death, she decides she must know the truth. A phone call leads to a photograph in the mail, then tea with strangers. Before long Koval is interrogating a nursing-home patient, meeting a horse whisperer in tropical Queensland, journeying to rural Poland, learning other languages and dealing with Kafkaesque bureaucracy, all in the hope of finding an answer.

A quest for identity recounted with Koval’s customary humour, Bloodhound takes hold of the reader and never lets go. It is a moving story of the terrible cost of war and of family secrets.

Watch a video by the Surf Coast Times of Ramona speaking about Bloodhound. 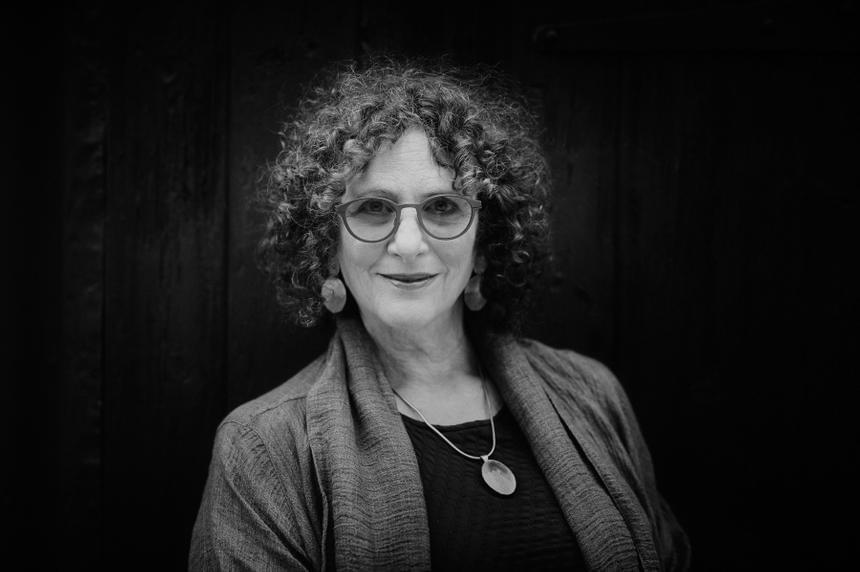 Ramona Koval is a writer and journalist, a former broadcaster, and an honorary fellow at the University of Melbourne’s Centre for Advancing Journalism. Her books include Bloodhound: Searching for My Father (2015) and By the Book: A Reader’s Guide to Life (2012).

‘She’s a shining presence in the world of literature, here in Australia and right across the globe…Her voice is always recognisable, invigorating, familiar to us and greatly loved.’

‘Her [Koval] accessibly written forays into the science of DNA and familial lineages, and what makes us who we are, is beautifully intertwined with her meditations on identity and belonging…Readers too will be deeply shocked by the atrocities outlined in Bloodhound. Such shock, however, is an important reminder that history should never be forgotten, and that books like Bloodhound should continue being written for generations to come.’

‘Koval’s painstaking collection of evidence and tracing of clues is as compelling as fiction.’

‘Written in the same jaunty, crisp but personal voice that made [Koval] so beloved as a broadcaster.’

‘Koval has penned a moving story of her quest for identity amid family secrets.’

‘Koval follows a fascinating scent. She makes us complicit in her pursuit of the past, as she tries to answer “what am I?”…This is a story which will resonate.’

‘The result is an extraordinary book. The mix of detective work with the personal, family story makes for a unique memoir—a unique kind of memoir: a memoir that reads like a detective novel. I can think of nothing like it.’

‘I was hooked on Ramona Koval’s quest to determine her paternal origins in Bloodhound. Here the patient scientist, the dutiful daughter and the nosy journalist morph into a generous memoirist.’

‘Bloodhound is a manhunt of a very different kind…A revealing and remarkably candid journey.’

Shane Maloney, Age/Sydney Morning Herald, Best Books of 2015
Other editions ofBloodhound
Other Titles byRamona Koval
You might also like