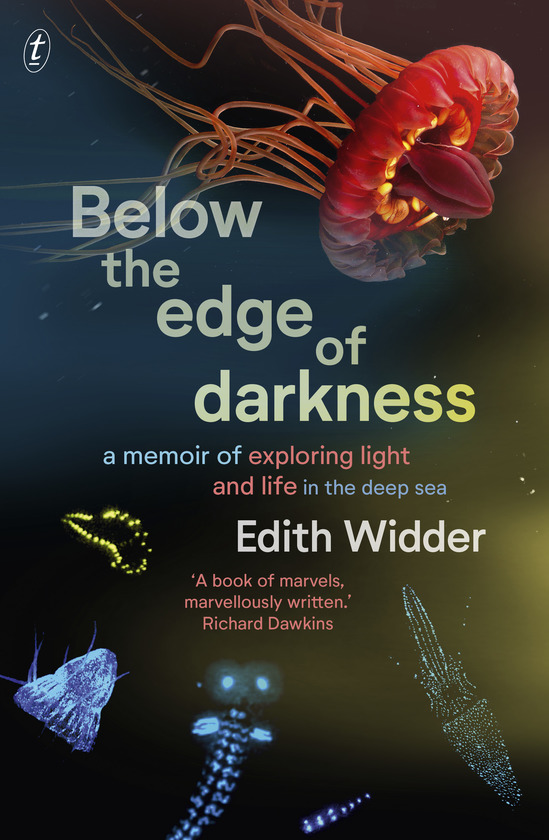 Below the Edge of Darkness: A Memoir of Exploring Light and Life in the Deep Sea

Edith Widder grew up wanting to become a marine biologist. But after complications from surgery caused her to go temporarily blind, she became fascinated by light, and her focus turned to bioluminescence. On her first visit to the deep ocean, she turned off the lights on her diving suit and witnessed breathtaking explosions of bioluminescent activity. Why was there so much light down there?

Below the Edge of Darkness takes readers deep into the mysteries of the oceans as Widder investigates one of nature’s most widely used forms of communication. She reveals a dazzling menagerie of creatures, from microbes to leviathans—many never before seen or, like the giant squid, never before filmed. Alongside Widder, we experience life-and-death equipment malfunctions, and breakthroughs in understanding, set against a growing awareness of the deterioration of the world’s largest and least known ecosystem.

This thrilling memoir, imbued with optimism and a sense of wonder, is a story of adventure as well as science. Edith Widder shows us how exploration is the key to conserving the oceans—and our future on this planet. 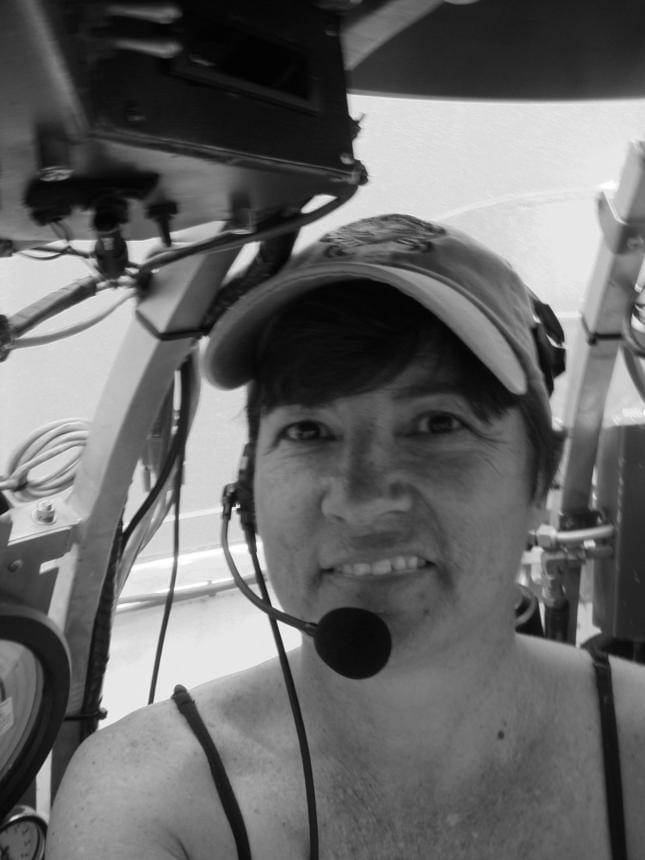 Edith Widder is an oceanographer, a marine biologist, and the co-founder, CEO and senior scientist at the Ocean Research & Conservation Association, where she is developing technologies for protecting the ocean’s estuaries. She has given three TED talks, and been awarded a MacArthur Fellowship, the Explorers Club Citation of Merit and, in...

Praise for Edith Widder
andBelow the Edge of Darkness

‘Edith Widder’s subject is light itself—the manufacture of light by strange and eerie denizens of the deep sea—and her scintillating style is worthy of it…A book of marvels, marvellously written.’

‘Edie’s story is one of hardscrabble optimism, two-fisted exploration and groundbreaking research. As I’ve said many times, I’d have wrapped my submersible, the Deepsea Challenger, in bacon if it would have lured the elusive giant squid from the depths. In Below the Edge of Darkness, Edie tells you how she did it.’

‘My experience of exploring the deep ocean and its alien life with Edie Widder was fabulous. She enthralls us with many such stories in her book. I recommend it.’

‘Personal and page-turning, adventurous and awe-inspiring, Below the Edge of Darkness sparkles with the thrill of exploration and glows with an urgent plea for the future of our precious seas. Comparisons to Jacques Cousteau spring to mind, as Edith Widder shares the profound journey of her life—one as unique and important as the unexplored realms of our very own planet.’

Juli Berwald, author of Spineless: The Science of Jellyfish and the Art of Growing a Backbone

‘Luminous—the topic, the heroic journey, and the author herself. Dive in with Edith Widder, trail-blazing scientist and explorer, as she reveals the galaxy of light and life in the universe below the surface of the sea, out-shining sceptical male colleagues with dignity, grace and a robust sense of humour.’

‘Widder illuminates life in the dark depths of the ocean in her fascinating debut…Informs and electrifies in equal measure.’

‘A superbly captivating writer, Widder fluently elucidates complex scientific inquiries and findings…She also renders the ludicrous, the terrifying, and the enthralling with equal vim and vigor…Widder dazzles readers with dramatic tales of expeditions…passionately and expertly arguing that it is urgently important for us to understand the oceans, which are severely imperiled and essential to our survival.’

‘Widder’s passion is so contagious…Her enthu­siasm is matched by her sense of humor…Readers of Below the Edge of Darkness will become staunch champi­ons of the spectacular bioluminescent world that thrives in the ocean’s depths.’

‘Stylish, eloquent…A unique view of the denizens of the deep.’

‘This book illustrates the careful, curious, years-long quest of a scientist in love with her work. Widder peppers her text with witty asides as footnotes that invite readers into her passion. Highly recommended.’

‘Enthralling…The science throughout the book is fascinating as Widder repeatedly revolutionizes her field, but there is much more than science here. Widder is also an explorer, an inventor and a captivating storyteller whose life has been uncommonly adventurous, both on land and at sea.’

‘A thrilling adventure story as well as a scientific revelation, Below the Edge of Darkness reckons with the complicated and sometimes dangerous realities of exploration. Widder shows us how when we push our boundaries and expand our worlds, discovery and wonder follow.’

‘This autobiography is an adventure story as well as a scientific one, as Widder navigates tense equipment malfunctions while exploring questions about our largest ecosystem, one that is increasingly threatened.’

New York Times
Other editions ofBelow the Edge of Darkness

Extract fromBelow the Edge of Darkness

Rights forBelow the Edge of Darkness