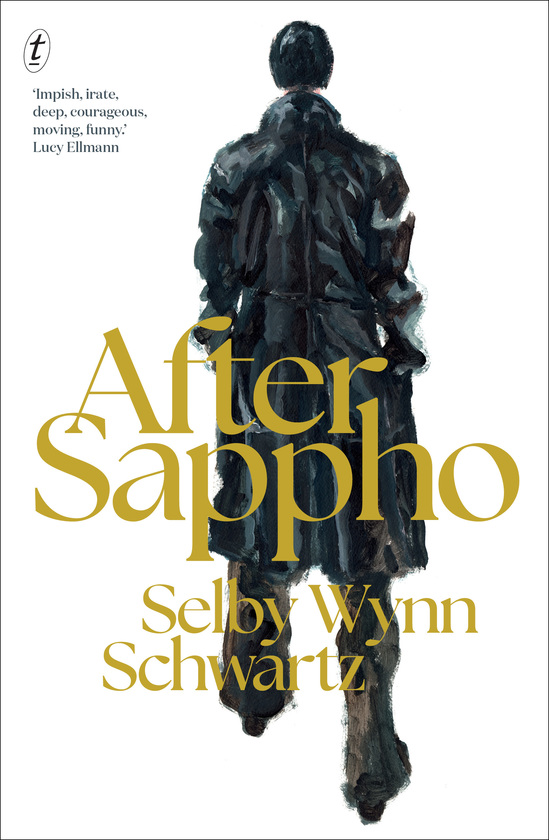 What did we want? To begin with, we wanted what half the population had got by just being born.

It’s 1895. Amid laundry and bruises, Rina Pierangeli Faccio gives birth to the child of the man who raped her – the man she has been forced to marry. Unbroken, she determines to change her name and, alongside it, her life.

Now 1902. Romaine Brooks sails for Capri. She has barely enough money for the ferry, nothing for lunch; her paintbrushes are bald and clotted. But she is sure she can sell a painting—and is fervent in her belief that the island is detached from all fates she has previously suffered.

In 1923, Virginia Woolf writes: I want to make life fuller and fuller.

Told in a series of cascading vignettes, featuring a multitude of voices, After Sappho reimagines the lives of a brilliant group of feminists, sapphists, artists and writers in the late nineteenth and early twentieth century as they battle for liberation, justice and control over their own lives.

Sarah Bernhardt, Colette, Eileen Gray, Lina Poletti: these are just a few of the women (some famous, others hitherto unsung) sharing the pages of a novel as fierce as it is luminous. Lush and poetic, furious and funny, After Sappho celebrates the women and trailblazers of the past—and offers hope for our present, and our futures.

Selby Wynn Schwartz is the author of The Bodies of Others: Drag Dances and Their Afterlives , a 2020 finalist for the Lambda Literary Award in LGBTQ Non-fiction. Her forthcoming novella A Life in Chameleons received the 2021 Reflex Press Novella Award.

‘It’s brilliant, an unobtrusive, quietly mesmerising, imagined collocation of linked feminist lives that succeeds in delineating a movement bigger than all of them without diminishing any one of them.’

‘Glorious, magnificent, truly liberating…After Sappho is a testimony to those on the margins, the outsiders; to those women who don’t fit in and don’t want to. It is about anyone who has fought, and continues to do so. As a gay man I found myself in its pages. I was another Sappho, too.’

‘This book is dynamite. I have tick marks on every page.’