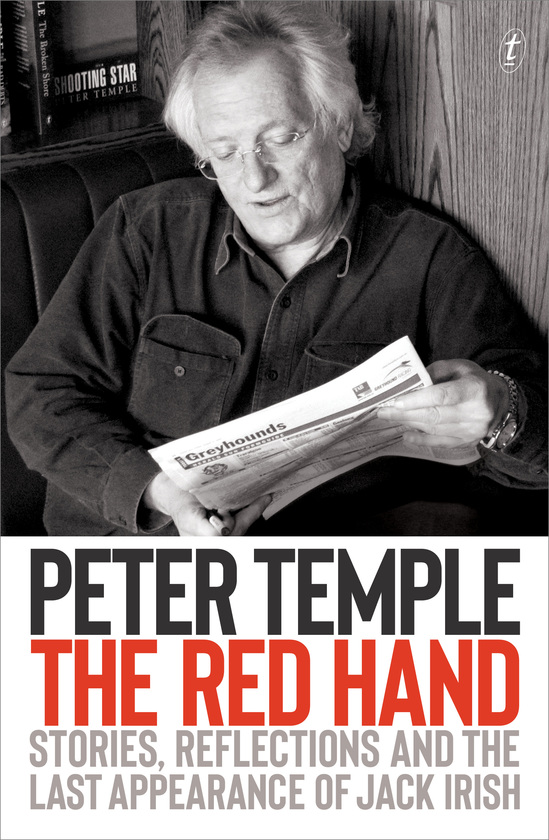 The Red Hand: Stories, Reflections and the Last Appearance of Jack Irish

‘One of the world’s finest crime writers.’ The Times

‘He was to terse blokes with hard jobs and wounded souls what Proust was to memory. He made every sentence count and shot the stragglers.’ Shane Maloney

Peter Temple didn’t start publishing novels until he was fifty, but then he got cracking, writing nine of them in thirteen years. When he died, in March 2018, there was an unfinished Jack Irish novel in his drawer. This substantial fragment, entitled High Art, reveals a writer at the peak of his powers.

The Red Hand also includes the screenplay of the ABC telemovie Valentine’s Day, an improbably delightful tale about an ailing country football club, as well as stories, essays, autobiographical reflections, and a selection of Temple’s brilliant book reviews. What connects them all is his trademark wit, his ruthless intelligence, and his abiding love of his adopted homeland of Australia.

Peter Temple held crime writing up to the light and, with his poet’s ear and eye, made it his own incomparable thing. His work transcends all notions of genre: he remains a towering presence in contemporary Australian literature. This wonderful book pays tribute to all the achievements of the master.

‘Peter Temple is an addiction. Read one book and you will want to read them all.’

‘Entertaining… [but] a sad reminder of what we have lost.’

‘The Red Hand is the kind of satisfyingly dense book you’d want from an author you love, with a variety of formats within its pages for whatever mood you’re in. In each piece – hell, numerous times on each page – there is Temple’s callsign: rough lives, beauty found in strange places, caustic wit, a one-liner you might note down to look at again later. There will never be another Peter Temple, but for now, there’s a whole lot more to love in this book.’

‘[Unfinished Jack Irish novel High Art] is vintage Temple with black humour, crackling dialogue, suspense and achingly beautiful descriptions…I kept turning the page and holding it up to the light, hoping for more words between the lines. I wanted to ring him up and demand an ending. Ultimately, I came to the conclusion that a quarter of a Peter Temple novel is worth more than the whole of many others.’

‘A book that simultaneously provokes joy and sadness…dropping back into the world of [Jack Irish], part-time lawyer, debt collector, gambler and furniture maker is a treat as always.‘

‘At the beginning of this anthology there sits a perfect literary gem: 100 pages of the fifth and very last Jack Irish novel…I spun out the experience as long as I could.’

‘[Temple] had an honesty—and concision—in his literary writings that will be sorely missed.’

‘A treasure trove of wit and humour.’

‘What there is of [unfinished Jack Irish novel ‘High Art’] is dazzling…instantly engaging.‘

‘Temple’s characters leap from the pages. His strikingly original and witty narrative had me enthralled.’

‘[Temple’s stories] are a pleasure to read; energetic, idiosyncratic and big-hearted, like everything he published.’