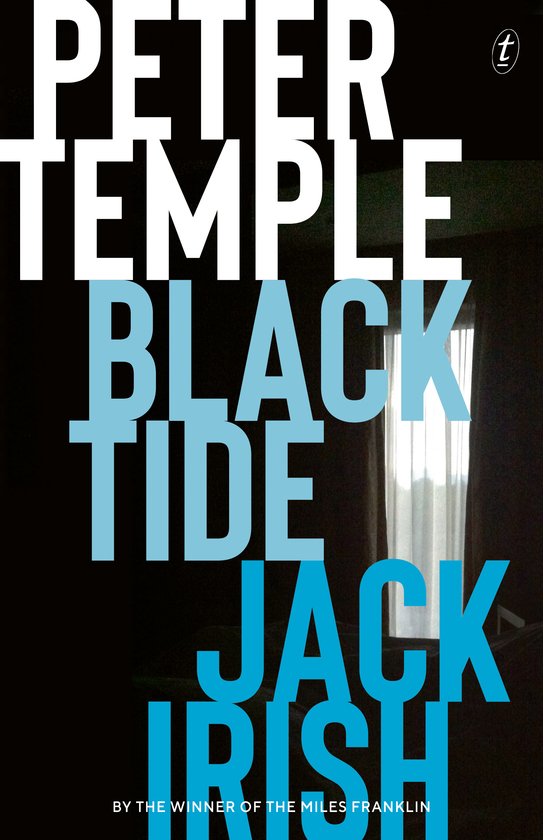 Guy Pearce stars as Jack Irish in the ABC adaptation of Black Tide.

Black Tide is the second of Peter Temple’s Jack Irish thrillers and was first published in 1999.

Jack Irish has no shortage of friends. Jockeys and journos, lawyers and standover men, people in nameless occupations who aren’t in the phone book. These days, though, the only family he sees are Irish men in faded football team photographs on the pub wall.

So when Des Connors, the last link to his father, calls to ask for help in the matter of a missing son, Jack is happy to lend a hand.

But sometimes prodigal sons go missing for a reason.

As Jack begins to dig, he discovers that Gary Connors was a man with something to hide.

And his friends are people with darker and more deadly secrets.

‘Gritty Melbourne atmosphere and lots of weather; a suitably alienated , macho anti-hero; a satisfying…mystery; and lots of Aussie Rules business. Confirms Temple’s rep as the top hard-boiled crime writer on the local scene.’

‘Black Tide rips, snorts and crackles with a delicious pace.’

‘Black Tide is certainly compulsive, but Temple’s laconic, utterly natural style and his instinctive command of the genre elevates it to a new level well above the standard…paranoia thriller. Temple is the business.’