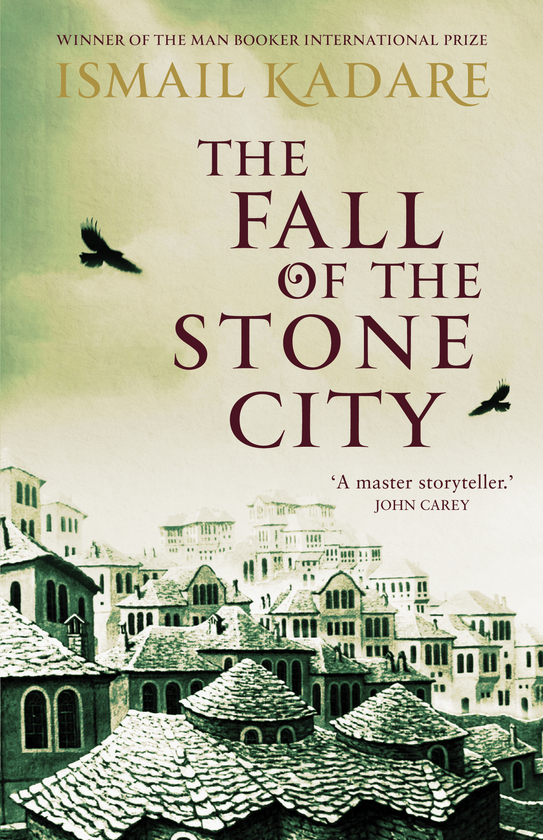 The Fall of the Stone City

A briliant novel by the Man Booker International Prize winner.

In September 1943, German soldiers advance on the ancient gates of Gjirokastër, Albania. It is the first step in a carefully planned invasion. But once at the mouth of the city, the troops are taken aback by a surprising act of rebellion that leaves the citizens fearful of a bloody counter-attack.

Soon rumours circulate, in cafes, houses and alleyways, that the Nazi Colonel in command of the German Army was once a school acquaintance of a local dignitary, Doctor Gurameto. In the town square, Colonel von Schwabe greets his former classmate warmly; in return, Doctor Gurameto invites him to dinner. The very next day, the Colonel and his army disappear from the city.
The dinner at Gurameto’s house changes the course of events in twentieth-century Europe. But as the citizens celebrate their hero, a conspiracy surfaces which leads some to place Gurameto—and the stone city—at the heart of a plot to undermine Socialism.

Enigmatic and compelling, The Fall of the Stone City displays Ismail Kadare at the height of his considerable powers.

Praise for Ismail Kadare
andThe Fall of the Stone City

‘One of the most important voices in literature today.’

‘One of the world’s greatest living writers.'

‘There are very few writers alive today with the depth, power and resonance of this remarkable novelist.'

‘European grand master Ismail Kadare, that wizard of the sinister, beguiles with yet another dark fable…this epic novella packs a huge—both hugely entertaining and thought-provoking—punch.’

ShareThe Fall of the Stone Cityvia:

ShareThe Fall of the Stone Cityvia: