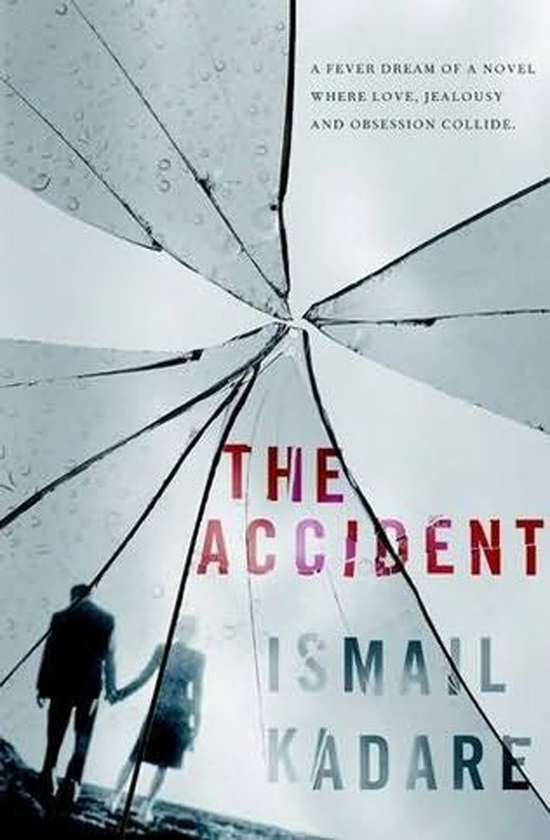 On the autobahn in Vienna a taxi leaves the carriageway and strikes the crash barrier, flinging its male and female passengers out of its back doors as it spins through the air. The driver cannot explain why he lost control; only saying that the mysterious couple in the back seat seemed to be about to kiss… Set against the tumultuous backdrop and aftermath of the war in the Balkans, The Accident intimately documents an affair between two people caught in each other’s webs. The investigation into their deaths uncovers a mutually destructive obsession that mirrors the conflicts of the region.

Somewhere between vivid hallucination and cold reality, Ismail Kadare’s new novel is a bold departure and an intense exploration of the contours of a union that moves inexorably towards its own demise.

‘Kadare is a novelist of the utmost subtlety..’

‘the psychological atmosphere of tyranny, menace, uncertainty and a particular steely stoicism tinged with unhopeful defiance, is utterly characteristic, both of Kadare’s individual voice and of the political regimes against which he has been accustomed to setting his strange, resonant narratives.’

‘[Kadare is] a modernist fabulist who by allegory and metaphor has nimbly laid bare the ironies and idiocies of recent Balkan experience… The Accident cannot be put aside, but richly teases the reader to try to understand more of the meaning of what, exactly, the cab driver glimpsed in his rear-view mirror.’

‘Kadare is a master storyteller.’

‘Kadare writes with a plainness and understatement that concedes nothing to sentimentality.’