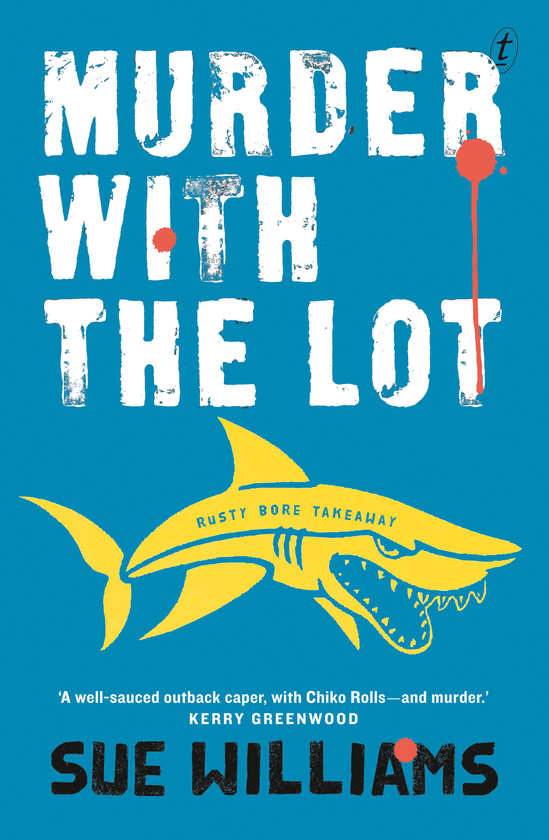 Murder with the Lot: A Rusty Bore Mystery

The Rusty Bore Mysteries, Book One

A smart, sassy self-appointed private investigator, Cass Tuplin is unforgettable and the town of Rusty Bore will never be the same…

Cass Tuplin’s takeaway isn’t the last shop left in Rusty Bore. There’s also Vern’s General Store. But it’s true the town’s not exactly overflowing with residents, and a stranger in Cass’s shop is quite an event. Especially one like Clarence: suspicious, bleeding, looking for a burger with the lot and somewhere quiet to stay. Cass knows just the place. Then she finds out more about Clarence and wants him out of town, but it turns out that’s not as easy as it sounds.

And then she finds the body.

It sounds like a job for the local police. Except that the local police is Cass’s son Dean, who has his doubts about Cass. And there’s no way he’s expending police resources on his mother’s fantasy crimes, not anymore.So it looks like Cass is going to have to find the killer on her own.

Sue Williams is a refreshing and irreverent new voice in crime fiction—Australia’s answer to Janet Evanovich and Sue Grafton.

Read more about Sue in the Weekly Review. 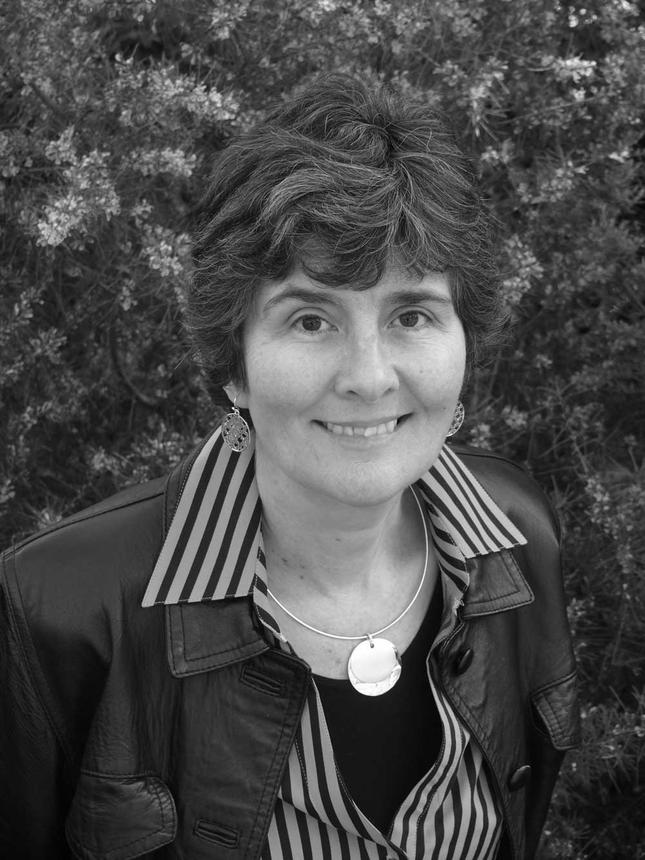 Sue Williams is the author of a crime series set in Rusty Bore, population 147. Sue was raised in country Victoria and hotly denies this provided any inspiration for her writing. She is a science and travel writer and a chartered accountant who also holds a PhD in marine biology. These days, Sue lives in Melbourne with her husband. Her previous...

Praise for Sue Williams
andMurder with the Lot

‘A well-sauced outback caper, with Chiko Rolls - and murder.’

‘Thank goodness for Sue Williams’ debut thriller-murder mystery. Williams is an Australian with a wonderful tongue-in-cheek style, a mix of subtle and laugh-out-loud humour, individual characters, and a crazy plot that keeps you turning the pages…This story is told…in a wonderful freewheeling style that continually undercuts itself, throws ironies around by the mile, and in general offers us a character we love from page one, even when she’s driving her family and several other people crazy.‘

‘There is a murder; there may be mafia involved. Or so thinks Cass, your classic nosy small Aussie town Miss Marple—although her manner and turn of phrase are somewhat less refined. A racy romp.’

‘Enjoyable, easy to read with a few well-timed twists and turns and a touch of very Australian humour.’

‘[Cass] is a very funny character.’

‘A debut novel as dinky-di as an outback salute.’

‘An easy-flowing story with plenty of humour and amusing observations by Cass…In all, an entertaining and enjoyable read that also effectively captures the plight of rural Australia.’

‘Let’s hope that Murder with the Lot is the first of many capers for Cass.’

Extract fromMurder with the Lot

If I wanted to hide somewhere, there’s no way I’d choose Rusty Bore. A hundred and forty-seven residents and every single one of them is watching. No-one here forgets a thing. Especially your mistakes.
It was a normal Friday evening in December, or so it seemed. I was auto-cleaning my spotless counter, considering putting up my row of knitted Santas in the window, when Madison Watkins arrived and tied up her ferrets out the front. I don’t permit animals in my shop, particularly not the frenzied, hissing kind.
The door bell jangled as Madison sashayed in. “The usual, thanks Cass.” She slipped into one of my white plastic chairs and crossed her long legs.I dropped her dim sims in the oil, gave her the welcome smile.
Madison is an overflowing-looking girl, fond of green eye-shadow and clothes that strain to contain. She’s not what you’d call fat, more a person that stores her weight in the right places. Sometimes I allow myself to toy with the idea that I still look a bit like Madison. I was runner-up Chiko Chick 1983, after all. Dim the lights and I could be Madison with twenty years’ more wisdom and experience. And two adult sons; some extra smile lines; supplementary stretch marks.

Rights forMurder with the Lot