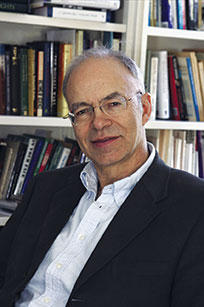 Join the Wheeler Centre for a Midday Shot with Peter Singer.

Is Peter Singer the world’s most influential living philosopher? He’s a godfather of vegetarianism, advocates giving a percentage of your income to charities, and his controversial views on euthanasia and disability are widely debated.

Effective altruism is a new movement in the search for an ethical life that has emerged from his work on some of the world’s most pressing problems. It involves doing the most good possible and requires a rigorously unsentimental view of charitable giving. Singer urges that we spend a substantial proportion of our money and time to the organisations that will do the most good with those resources, rather than those that tug on the heartstrings. Singer will share his philosophy, and examples of those who are living it.

Peter Singer is Ira W. DeCamp Professor of Bioethics, Princeton University, and Laureate Professor, School of Historical and Philosophical Studies, University of Melbourne. He is the author of more than twenty books, including The Life You Can Save, The President of Good and Evil and The Ethics of What We Eat. His latest work is The Most Good You Can Do.

The flexible format of the Midday Shot program provides a platform for the eclectic, topical and enlightening: stories and opinions you won’t hear elsewhere.

Come for your lunch break and leave refreshed, your brain buzzing.