The Girl without Skin

Read a sample chapter of The Girl Without Skin here.

They were near the edge of the glacier. The sea beneath the helicopter was dense with pack ice. In front of them, the endless whiteness stretched as far as the light could reach. It hurt his eyes. Millions of white crystals. Except in one place. One spot. Right where the mummified Norseman had been found and Aqqalu had kept watch. There, the ice was glossy red.

When a mummified Viking corpse is discovered in a crevasse out on the edge of an ice sheet, journalist Matthew Cave is sent to cover the story. The next day the mummy is gone, and the body of the policeman who was keeping watch is found naked and flayed—exactly like the victims in a gruesome series of murders that terrified the remote town of Nuuk in the 1970s.

As Matt investigates, he is shocked by the deprivation and brutal violence the locals take for granted. Unable to trust the police, he begins to suspect a cover-up. It’s only when he meets a young Inuit woman, Tupaarnaq, convicted of killing her parents and two small sisters, that Matt starts to realise how deep this story goes—and how much danger he is in.

3RRR: Backstory
Adelaide Advertiser ($)
AU Review: ‘A very satisfying thriller. Packed to the brim with grisly murders, corrupt officials, and sinister secrets, all set against the bleak, yet oddly beautiful, Greenlandic landscape, the bar has certainly been set quite high for the series to come.’
Globe and Mail ($)
Guardian (autobiographical article) 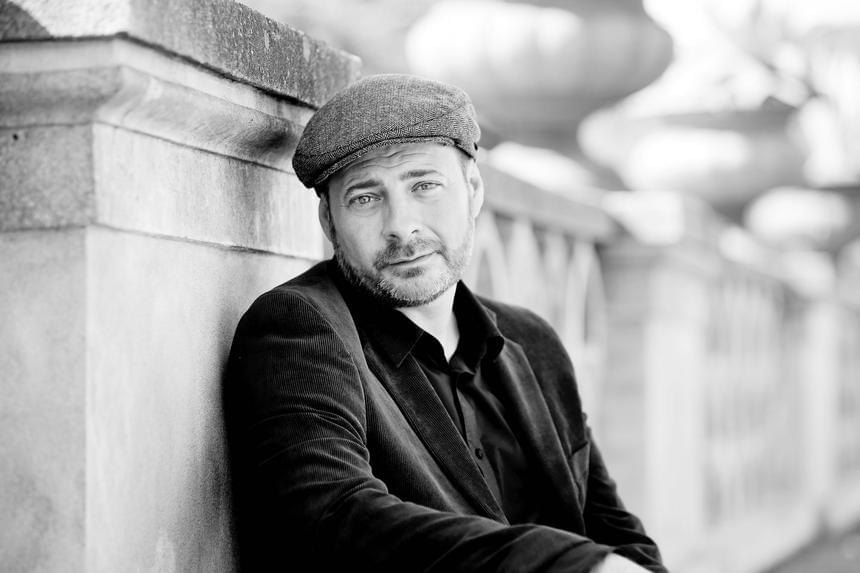 Mads Peder Nordbo is Danish but has lived in Greenland for several years and works at the town hall in Nuuk. He holds degrees in literature, communications and philosophy from the University of Southern Denmark and the University of Stockholm. He is the author of five novels; his two latest books will published in eighteen languages. The Girl...

Charlotte Barslund is a Scandinavian translator. She has translated novels by Peter Adolphsen, Mikkel Birkegaard, Thomas Enger, Karin Fossum, Steffen Jacobsen, Carsten Jensen and Per Petterson, as well as a wide range of classic and contemporary plays. She lives in the UK.

‘This intricate crime novel is incredibly thrilling, and offers some genuine surprises.’

‘The plot is gruesome, believable and incredibly tense.’

‘Mads Peder Nordbo has written a macabre but engrossing Arctic crime novel about incest and corruption.’

‘Lucky Nordbo has given his main character a troubled past, which makes it plausible that he would fling himself fearlessly into investigating the older killings that breath new life—and death—into a corrupt political present.’

‘Mads Peder Nordbo writes with great insight into the environment of Greenland, in which the nearly unbearable events play out.’

‘The Girl Without Skin is large parts a classical crime combined with a thriller’s intensity—but just as much social criticism.’

‘The Girl Without Skin has everything the heart of a true crime fan could desire. Murder, eeriness, shivers, superstition, terrible secrets – but at the same time you can feel the author’s affection for Greenland.’

‘This intricate crime novel mixes a grisly plot with interesting insights into Greenland’s history and culture.’

‘While there are similarities to Stieg Larsson’s Millennium series, Nordbo’s writing is far more poetic. Though dazzled by the icecap’s beauty, he’s not blinded to the darkness of man.’

‘A very satisfying thriller. Packed to the brim with grisly murders, corrupt officials, and sinister secrets, all set against the bleak, yet oddly beautiful, Greenlandic landscape, the bar has certainly been set quite high for the series to come.’

‘A grippingly atmospheric yarn… As danger mounts, the landscape, weather and people of the former Danish colony are piercingly observed. Chilling.’

‘A complex atmospheric and menacing read…the story is enmeshed in the culture and politics of Greenland and the relationship with Denmark…it’s a nail biting murder mystery, the action takes over and the story hurtles to a riveting denouement, but it’s also an insight into a part of the world that we don’t normally get to see.’

Fans of Scandinavian crime fiction will find this a thoroughly atmospheric, melancholy and ultra-graphic thriller that casts a socially critical eye – attributes that are all the calling cards of Nordic noir.…Greenland provides a new and interesting setting, with some of the native culture woven into the story.”

‘Offer[s] intriguing glimpses of Greenland, its relentless summer light and oppressive winter darkness. While the mystery is dramatically resolved, readers will want to learn what’s next… Fans of Nordic crime fiction have a new author to follow.”