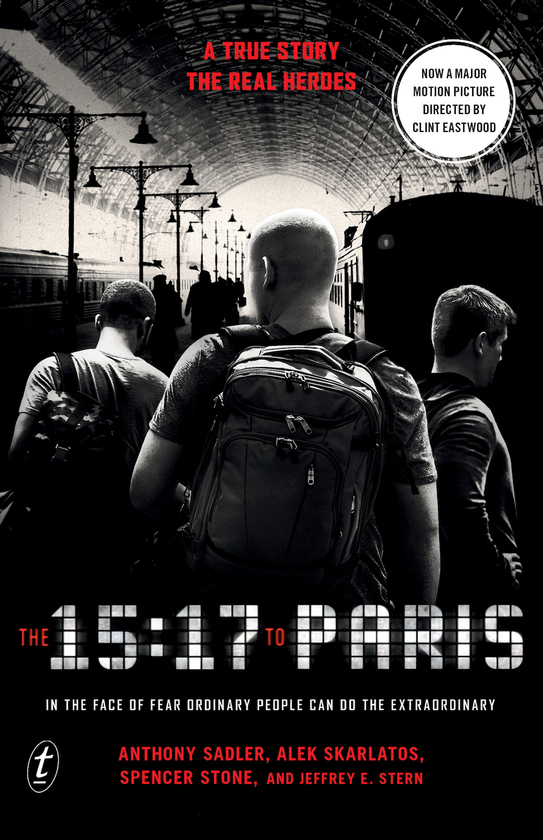 The 15:17 to Paris: In the Face of Fear Ordinary People Can Do the Extraordinary

On 21 August 2015, Ayoub al-Khazzani boarded a train in Brussels bound for Paris. We now know that he was an ISIS terrorist. Khazzani’s mission was clear: he had an AK-47, a pistol, a box cutter, and enough ammunition to obliterate the 554 passengers on the crowded train. But as he began to execute his plan, he encountered an unstoppable line of defence: three American friends.

The 15:17 to Paris is a gripping account of the foiled attack by the three men who lived it—Anthony Sadler, Alek Skarlatos and Spencer Stone. It is also the story of what compelled three lifelong friends to run towards danger instead of from it—towards humanity, not away from terror.

Anthony Sadler is a student at Sacramento State University and co-author of The 15:17 to Paris with Alek Skarlatos and Spencer Stone.

Alek Skarlatos is is an active duty member of the Oregon National Guard. He co-authored The 15:17 to Paris with Anthony Sadler and Spencer Stone.

Spencer Stone is a Staff Sergeant in the US Air Force. He co-authored The 15:17 to Paris with Alek Skarlatos and Anthony Sadler.

Jeffrey E. Stern is an author and a frequent contributor to the Atlantic and Vanity Fair.

<p><i>Spencer is holding two fingers against a pulsing wound in Mark’s neck. As the train races through the French countryside at over 150 miles per hour, he’s trying to plug the carotid artery because if he doesn’t, Mark dies.</i></p><p><i>Anthony watches from above.</i></p><p><i>If there are screams Anthony doesn’t hear them; if the sound of wind rushing by the broken window is loud, he doesn’t register it. The terrorist is bound, hogtied on the floor. Mark groans. Anthony feels as if the people lying there below him are the only other people in the world.</i></p><p><i>The carpet is covered in blood. It is astoundingly quiet.</i></p>