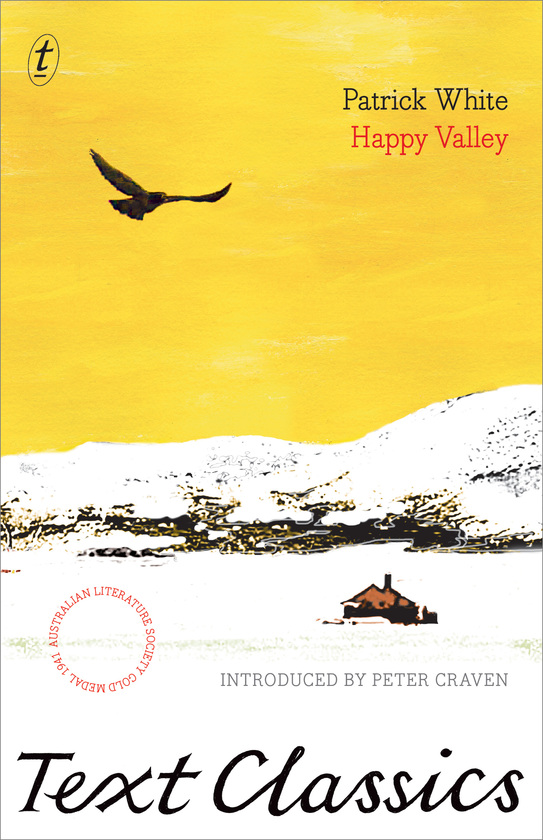 Based on Patrick White’s own experiences in the early 1930s as a jackaroo at Bolaro, near Adaminaby in south-eastern New South Wales, Happy Valley paints a portrait of a community in a desolate landscape. It is a jagged and restless study of small-town and country life.

White was twenty-seven when Happy Valley was published by George C. Harrop in London. This mesmerising first novel gives us a prolonged glimpse of literary genius in the making. It won the Australian Literature Society Gold Medal in 1941, but White did not allow the novel to be republished in English in his lifetime. Its appearance now in the Text Classics series is a major literary event.

Happy Valley is the missing piece in the extraordinary jigsaw of White’s work. 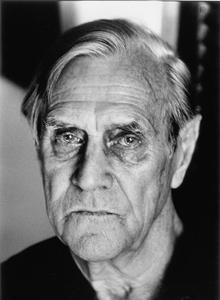 Happy Valley, White’s first novel, is set in a small country town in the Snowy Mountains and is based on his...

Peter Craven is one of Australia’s best-known literary critics. He was a founding editor of Scripisi, Quarterly Essay and the Best of anthologies. Peter wrote introductions to The Fortunes of Richard Mahony and Happy Valley.

‘[Patrick White] was a prophet, and from his sublime mountaintop, he sent down lightning bolts on our callow heads. Some of these bolts are vivid in Happy Valley, his first novel, published in 1939 and now reissued…The novel stands up well in the high company of its later brethren. It prefigures the greatness to come, and is a more adventurously wrought than many of our own age. White is a mesmerising narrator whose prose illuminates the most ordinary object and event in new and gripping ways.’

‘Happy Valley will be a joy for any fan. Here we see a sensibility not so much forming as finding, and owning, itself.’

‘This is a remarkable first novel, already discernible as the performance of a master whose apprentice work cannot be glimpsed. We are fortunate indeed that Text has reopened the front door in the house of Patrick White’s fiction.’

‘My favourite Australian novel was by a newcomer — well, a newcomer in 1939. A sardonic, grotesque, oddly moving ensemble of piece about thwarted lives in a dismal country town, Happy Valley presages the later Patrick White, but is also refreshingly original and feels as contemporary as the latest bestseller.’

‘Happy Valley is a harsh and unsparing picture of a prematurely exhausting, life-denying Australia. It’s a world full of violence, adultery and financial ruin, in which nothing will ever change. White’s main focus, as in his great later novels, is the thwarted spiritual yearning of his characters. But this is also a superb anatomy of Australian society.’

I’m all right, she said, lowering her eyes. Only sometimes I don’t feel very well. Only a little cough. It’ll be better when the summer comes.He held her hand. There ought to be so much that two people could say. He was fond of her. There ought to be so much. But they were like strangers standing on the railway station waiting for the train to go. You were always waiting for something that you did not say, that perhaps after all you could not say. But you felt you ought.