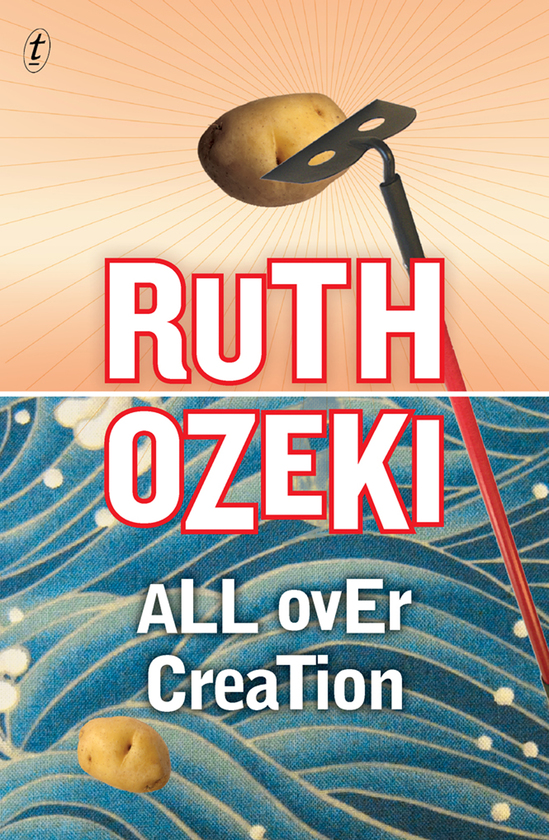 Yumi Fuller hasn’t set foot in Liberty Falls, Idaho—heart of the potato-farming industry—since she ran away at age fifteen. Twenty-five years later, the prodigal daughter returns to confront her dying parents, her best friend and her conflicted past, and finds herself caught up in an altogether new drama.

The post-millennial farming community has been invaded by Agribusiness forces at war with a posse of activists, the Seeds of Resistance, who travel the country in a camping car called The Spudnick, biofuelled by pilfered McDonald’s french-fry oil.

Ruth Ozeki delivers a quirky cast of characters and a wickedly humorous appreciation of the foibles of corporate life, globalization, political resistance, youth culture, and aging baby boomers. All Over Creation tells a celebratory tale of the beauty of seeds, roots, and growth—and the capacity for renewal that resides within us all. 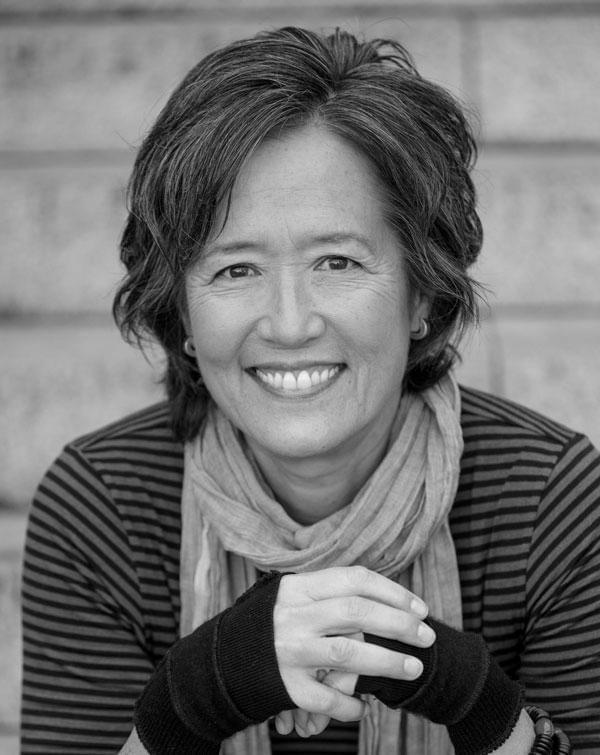 Ruth Ozeki was born and raised in Connecticut by an American father and a Japanese mother. She is a novelist, filmmaker and Zen Buddhist priest whose books have garnered international acclaim. Her first two novels, My Year of Meats (1998) and All Over Creation (2003), have been translated into eleven languages and published in fourteen...

‘A book where dread and hope coexist. Neither is given short shrift or magicked away.’

‘Ozeki joins the constellation of such environmentally aware writers as Barbara Kingsolver, Annie Proulx and Margaret Atwood, bringing her own shrewd and playful humor; luscious sexiness and kinetic pizzazz to the table, as well her keen interest in the interface between food, family, science and corporate greed, and the dynamics of spin…Moving neatly between the intimate and the environmental, the familial and the global, Ozeki hones each vivid description, witty conversation and surprising occurrence to illuminate the complex dichotomies between love and responsibility, nature and culture, traditional and corporate agriculture, traditional and corporate agriculture, fact and fabrication.’

‘All Over Creation buzzes and blooms with the cross-pollination of races and subcultures, death and birth, betrayal and reconciliation, comedy and tragedy.’

‘All Over Creation opens wider with every plot twist as it moves from tenderness to comedy to sobering truth and the world in the eye of one family’s storm. This is Edward Abbey’s The Monkey Wrench Gang updated by thirty years, with modern environmental challenges on the map and women in the front seat, driving the story. Hooray—Ozeki rides again.’