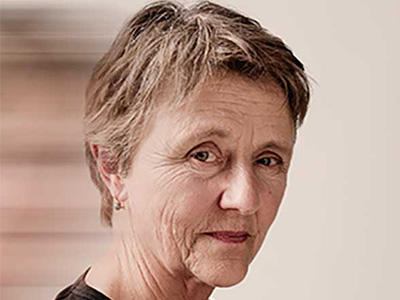 Helen Garner is an award-winning author of novels, stories, screenplays and works of non-fiction. In 2006 she received the inaugural Melbourne Prize for Literature. Her novel The Spare Room, published in 2008, won the Victorian Premier’s Literary Award for Fiction, the Queensland Premier’s Award for Fiction and the Barbara Jefferis Award, and has been translated into many languages. Her latest book, This House of Grief, was named Best True Crime book in the 2015 Ned Kelly Awards. In 2016 Helen Garner was awarded the Windham-Campbell Prize for Non-Fiction.

Her new book, Everywhere I Look, includes Garner’s famous and controversial essay on the insults of age, her deeply moving tribute to her mother and extracts from her diaries, which have been part of her working life for as long as she has been a writer. Everywhere I Look glows with insight. It is filled with the wisdom of life.