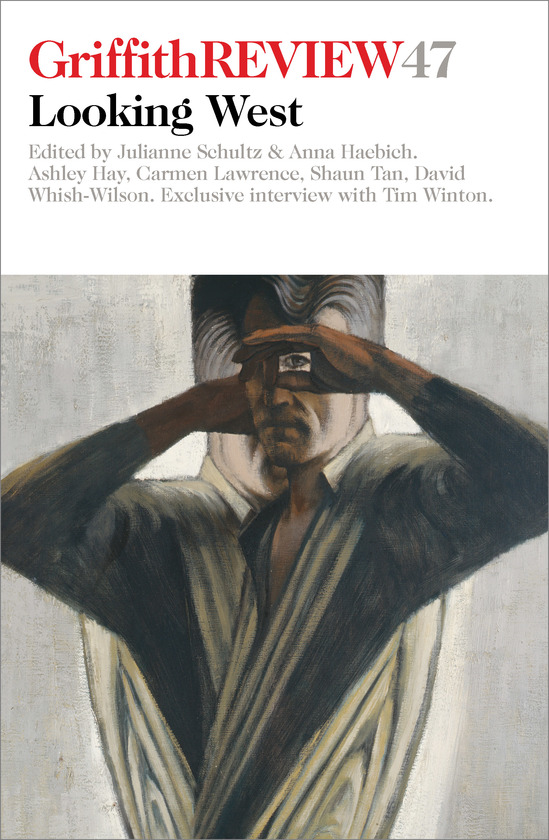 For the 2015 Disrupted—Festival of Ideas, the State Library of Western Australia has decided to run an intimate festival, spread over two consecutive Sunday afternoons in September, Sunday 6 and Sunday 13 September.

Drawing on some of the themes discussed in the Griffith Review 47: Looking West, an exciting line up of local and Australian thought leaders have been assembled to dissect the ideas of Land and People in the two-day Disrupted program. For more information view the speakers and the program.

‘Go west young man’ has been a siren call in Australia, Canada and the US for centuries—a new frontier for them, yet already home to others for millennia. In Australia, the lure of bounty from mineral riches drew generations of fortune hunters to its western third. For some, this was a stop on the road to a better place, for many a destination for new beginnings, while for those who had always lived there dislocation was inevitable.

Since the 1980s Perth has become a byword for new wealth and in the first years of the 21st Century became a boom-town the likes of which Australia hasn’t seen since the 1850s. There is evidence this is starting to slow, but what will be left when the boom deflates? WA is also Australia’s (and perhaps the world’s) largest state, most of which is a vast desert butting hard against a broiling ocean. The view, looking back east, is sceptical, looking west uncertain, with a lot of space between both.