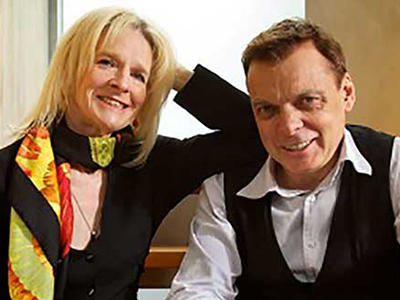 Graeme Simsion and Anne Buist will give an insight into their lives as writers of very different books.

Graeme Simsion is author of the humorous and touching The Rosie Project, soon to be made into a Hollywood movie. Its sequel, The Rosie Effect, was released in 2014 to great acclaim.

Professor Anne Buist is a prominent perinatal psychiatrist who draws on her considerable professional experience to write psychological thrillers Medea’s Curse and Dangerous to Know.

Married for 25 years, they enjoy writing in the same room and exploring plot and character ideas together.