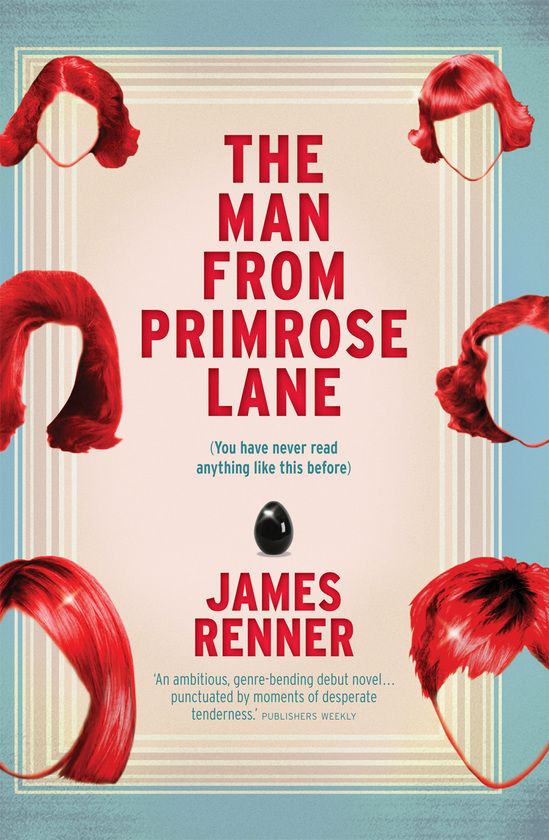 The Man From Primrose Lane

Four years after his wife’s unexplained suicide, true crime writer David Neff is still shattered, still disengaged from life. Then a friend tries to interest him in the unsolved murder of a local recluse, and eventually David finds himself being drawn into the mystery.

Who was the old man? Why was he always seen, summer and winter, wearing mittens? Why does the physical evidence make no sense? And where do the recurring redheads fit in?

The closer David gets to uncovering the true identity of the Man from Primrose Lane, the more he begins to understand the power of his own obsessions, and how they may be connected to the deaths of both the old hermit and David’s beloved wife.

And then things start to get strange.

Beautifully written and magnificently resistant to categorisation, The Man from Primrose Lane is a novel of soaring imagination. It’s a nail-biting thriller, a story of bone-deep love and redemption, and a meditation on the nature of destiny. Not only will it leave you astonished and exhilarated—it may well become the most talked-about novel of the year.

James Renner is a true crime writer from Ohio. He is the author of Amy: My Search for Her Killer and The Serial Killer’s Apprentice, two non-fiction books that detail his adventures as an investigative journalist. His work has been featured in Best American Crime Reporting and Best Creative Nonfiction, and he currently edits the alternative...

‘It’s one of those novels that starts off as one thing - a crime thriller with a tragic love story at it’s centre - then becomes something else entirely when you’re more than halfway through…The plot doesn’t just twist and turn, it ricochets…The Man From Primrose Lane is a strange beast - a hybrid novel that refuses to obey the rules and stick within the boundaries of any one genre…Be warned, you literally won’t be able to put this book down…With some mysteries it’s easy enough to see where the story is going. This one not only defies any predictions but, even after the final page is turned, you may still be trying to fathom it. I know I am.’

‘A nail-biting thriller, a story of bone-deep love and redemption.’

‘Drawn out of a long malaise to investigate an unsolved murder, the more David Neff learns about the man from Primrose Lane, the more he understands his own obsessions. When things really go awry, this exhilarating novel reaches greater heights to explore love, fate and redemption.’

‘The Man From Primrose Lane must be one of the most intriguing and well-writtenmystery novels of the year.’

The Press NZ
Other editions ofThe Man From Primrose Lane