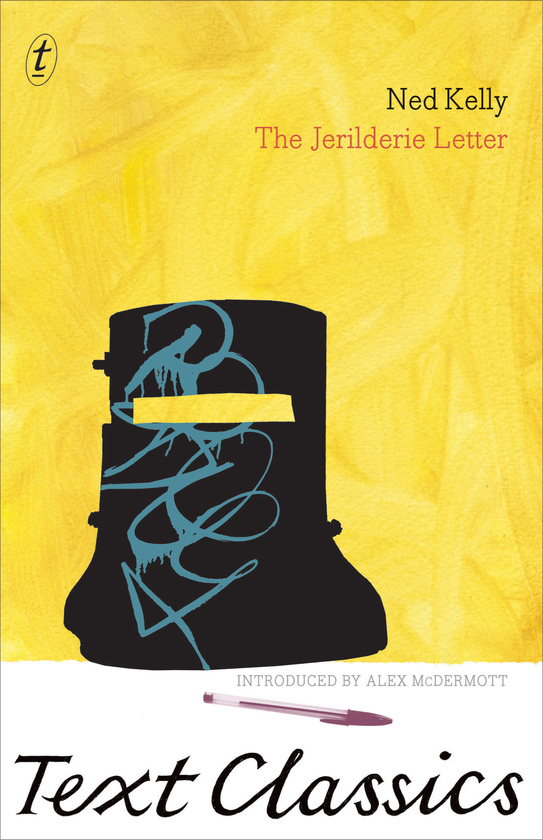 Outlaw, murderer, self-proclaimed victim, Ned Kelly is an Australian icon. But who was he? Kelly’s extraordinary achievement is to have provided his own answer to that question. The Jerilderie Letter is his remarkable manifesto and a startling record of his voice.

Kelly delivered his letter, which Joe Byrne had diligently written out, on Monday 10 February 1879, immediately after his gang had held up the Bank of New South Wales in Jerilderie. He gives an impassioned defence of his actions, condemns those who have wronged him, and sends a chilling warning to those who may yet defy him.

This illustrated edition, transcribed from the manuscript now housed in the State Library of Victoria, includes a fascinating new introduction by the historian Alex McDermott. The Jerilderie Letter remains one of the most astonishing documents in Australian history.

Born in 1855, Ned Kelly remains the most famous criminal in Australian history. His life has been extensively documented, and dramatised in plays, novels, poems and films. Kelly was arrested and hanged in 1880 after the famous siege of Glenrowan.

Alex McDermott is an historian and writer based in Melbourne. He wrote the introduction to Ned Kelly’s The Jerilderie Letter.