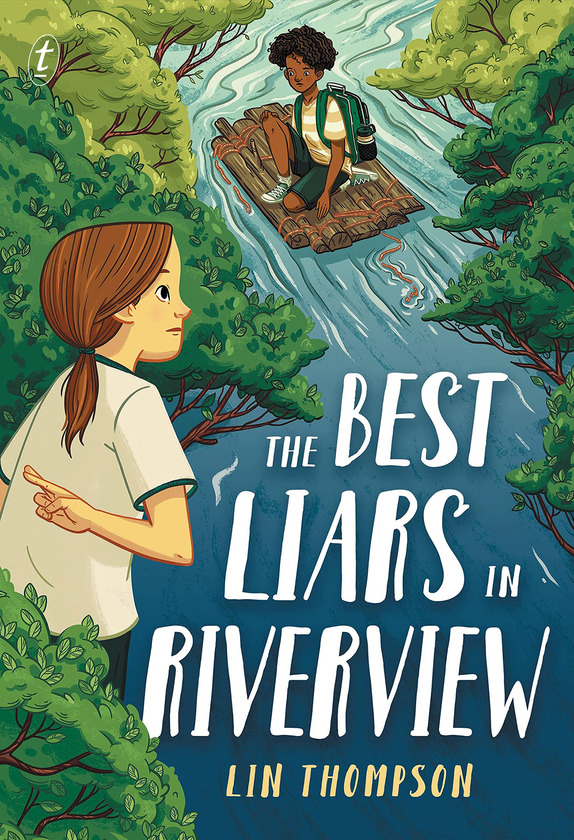 The Best Liars in Riverview

In the woods of a small town, Aubrey sets off on a journey about growing up, self-discovery, and acceptance while searching for their missing best friend.

Aubrey and Joel are like two tomato vines that grew along the same crooked fence—weird, yet the same kind of weird. But lately, even their shared weirdness seems weird. Then Joel disappears. Vanishes. Poof. The whole town is looking for him, and Aubrey was the last person to see Joel. Aubrey can’t say much, but since lies of omission are still lies, here’s what they know for sure:

Aubrey doesn’t know where Joel is, but they might know how to find him. As Aubrey, their friend Mari, and sister Teagan search along the river, Aubrey has to fess up to who they really are, all the things they never said, and the word that bully Rudy Thomas used that set all this into motion.

Lin Thompson (they/them) is a Lambda Literary Fellow of 2018. An earlier version of this novel was workshopped in Pitch Wars and it also received the Travis Parker Rushing Memorial Writing Award at Emerson College. Lin grew up in Kentucky but now lives in Iowa with their wife and cat.

‘A vital story of friendship, adventure and finding yourself. This stunning book deserves to be read by anyone who is figuring out who they are and where they belong.’

‘The Best Liars in Riverview is a lyrically told tale about friendship, found family, belonging and hope. Thompson has crafted a gorgeous debut that will fill an important place on LGBTQ+ shelves, and Aubrey is a character that will stay with me for a long time.’

‘A beautifully written, nuanced exploration of identity, The Best Liars in Riverview is heartbreaking at times in the truths it reveals about growing up and feeling different in a rural community. It also offers so much comfort and hope. Thompson’s debut is a lyrical, wonderfully queer story that will forever hold a special place in my heart.’

‘Tender and bold all at once, Thompson’s breathtaking debut about found family and identity will infuse readers hope and courage. A luminous read.’