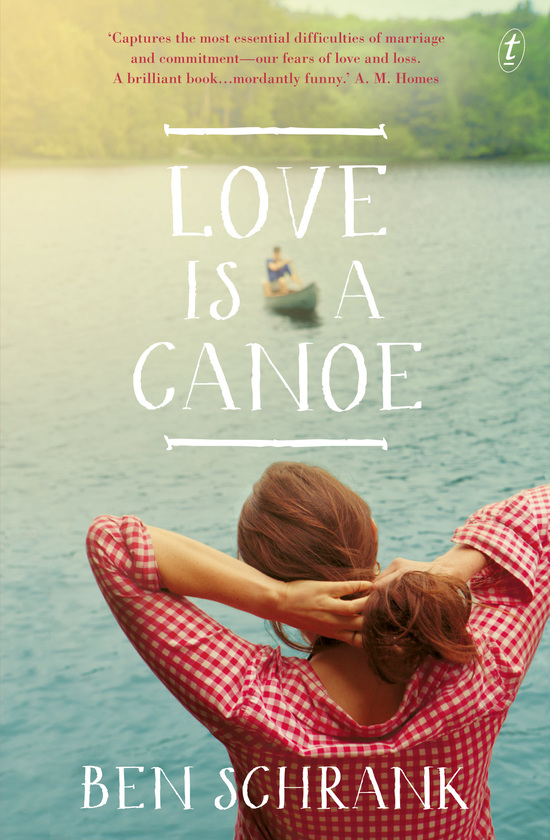 Love Is a Canoe

Love Is a Canoe is a smart, funny and romantic novel about the fragility of love and marriage.

Peter Herman is something of a folk hero. Marriage Is a Canoe, his decades-old guide to love and relationships, won the hearts of hopeful romantics and desperate cynics alike.

But now it’s 2010, and his wife has just died. He passes time with a woman he admires but doesn’t love—and he begins to question the advice he’s doled out for decades.

Then he receives a call from Stella, an ambitious young editor who wants to celebrate the anniversary of Marriage Is a Canoe with a contest for struggling couples. The prize? An afternoon with Peter and a chance to save their relationship.

The contest ensnares Stella in the opaque politics of her publishing house, and introduces a cast of unlikely and unstable couples. Then there’s Peter, who must discover what he meant when he wrote Marriage Is a Canoe if he is going to find a way to love again. 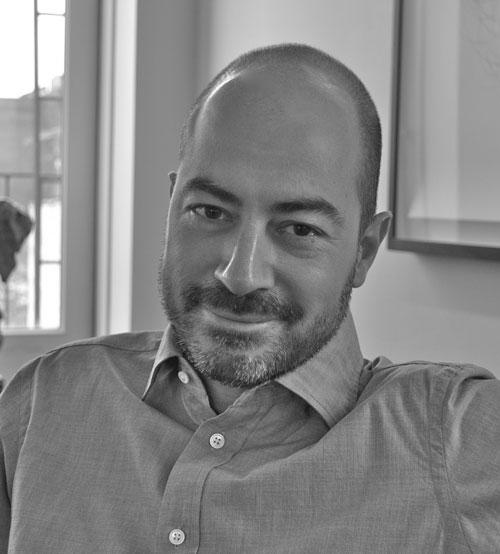 Ben Schrank is the president and publisher of Razorbill, a Penguin imprint that is home to many award-winning and New York Times bestselling books for children and young adults. He is also the author of the novels Consent and Miracle Man. He grew up in Brooklyn where he lives with his wife and son.

Praise for Ben Schrank
andLove Is a Canoe

‘Schrank has done something here that may sound impossible: He’s written a funny novel about publishing that is not caustic but optimistic, not biting but bighearted.’

Kate Christensen, author of The Austral and The Great Man

‘Our bookshelves all have an empty space waiting for the book we long for but cannot imagine because it can’t be described as 'the next A’ or ‘Author X by way of Author Y.’ Love Is a Canoe fills that nameless void. Funny, tender, wholly original—it’s as if all the good fairies came to its christening. (Story, dialogue, character, heart.) I loved it.‘

Laura Lippman, author of And When She Was Good and The Most Dangerous Thing

‘Love Is a Canoe captures the most essential difficulties of marriage and commitment—our fears of love and loss. A brilliant book of do-overs and second chances, Schrank’s novel is mordantly funny and an all too real meditation on modern life.’

A. M. Homes, author of May We Be Forgiven and This Book Will Save Your Life

‘Love Is a Canoe is a wonderful and deceptively breezy novel—heartfelt and wise; light as feathers, strong as iron.’

Adam Langer, author of The Thieves of Manhattan and Crossing California

‘Everyone in this modern day fable is deeply flawed, despite their obvious intelligence and good intentions. Their lack of emotional insight is endearing and funny and Schrank gently skewers the narcissism and anxieties of middle class America.’

‘Love is a Canoe is a gentle, satisfying read that ticks a lot of boxes, including those that list surprising twists and an unexpected close. Rating: 4 of a possible 5 stars’

‘A funny and warm reflection on the nature of love, loss and an industry built on clichés and sentimentality.’

‘Love Is a Canoe will resonate with anyone who has been in love.’

Launceston Examiner
Other editions ofLove Is a Canoe

Rights forLove Is a Canoe