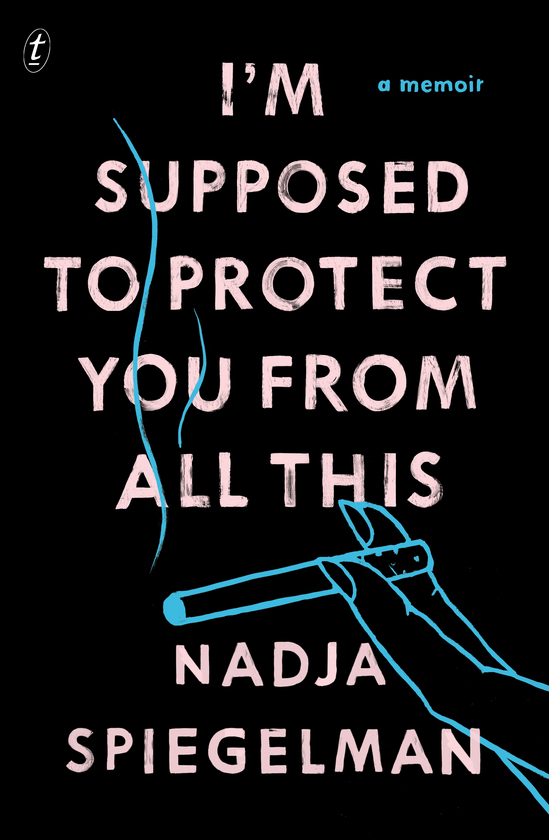 I’m Supposed to Protect You from All This: A Memoir

More than Nadja Spiegelman’s famous father, Maus creator Art Spiegelman, and more than most mothers, hers—French-born New Yorker art director Françoise Mouly—exerted a force over reality that was both dazzling and daunting. As Nadja’s body changed and ‘began to whisper to the adults around me in a language I did not understand’, their relationship grew tense. Unwittingly, they were replaying a drama from her mother’s past. The weight of the difficult stories Françoise told her daughter shifted the balance between them. Nadja’s grandmother’s memories then contradicted her mother’s at nearly every turn, but beneath them lay a difficult history of her own.

Nadja emerged with a deeper understanding of how each generation reshapes the past and how sometimes those who love us best hurt us most. Readers will recognise themselves and their families in this moving, heartbreaking memoir. 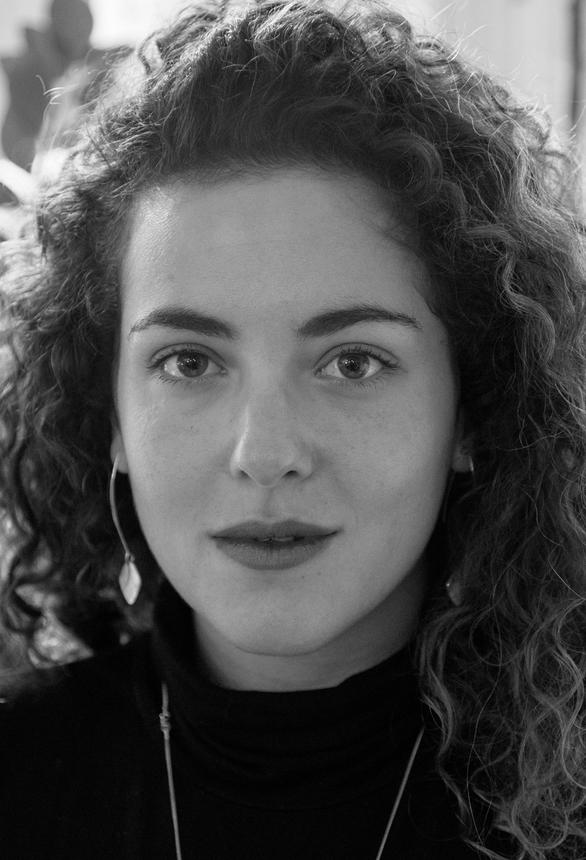 Nadja Spiegelman has written three graphic novels for children. She grew up in New York City and now divides her time between Paris and Brooklyn.

‘Spiegelman’s narrative complicates, blurs, and questions the line between the self and the other—that basic fault-line of all autobiographical writing—as perhaps only a story about mothers can.’

Elif Batuman, author of The Possessed

‘Spiegelman’s sagely poetic “memoir” is maybe best described as the biography of a mother seen through the eyes of a daughter…[Her] intimate portrait of female identity and idolatry is intelligent, forthright and heartbreaking. Her sentences will haunt me forever.’

‘Nadja Spiegelman’s I’m Supposed to Protect You from All This works like a series of Russian nesting dolls: in every mother, she finds a woman who was once a daughter. Her prose is luminous and precise; her portraits intricately tender but charged by the wild electricity of familial love. I felt myself moved and expanded as I read this thoughtful, probing book—and I called my own mother the moment I was done.’

‘Nadja Spiegelman has written a passionate, penetrating, swiftly paced memoir about her mother, her grandmother, and herself. In sharp contrast to many writers working in the genre, who naively assume they are in possession of the definitive, true version of their stories, Spiegelman nimbly interrogates the workings of memory itself—its shifting shape and unreliability, its fictional character. I am proud to play a bit part in this complex love story about three generations of women and what each of them remembers.’

‘Spiegelman’s prose is witty, tender, assured and poetic, and her investigation progresses like memory itself, a realm in which nothing quite hangs together but everything makes sense. The unexpected symmetries between the generations, as well as the inevitable insults and pains, make this artful memoir feel like the story of every family.’

Sheila Heti, author of How Should a Person Be?

‘A fascinating, gracefully written glimpse into the complexities of family life.’

‘This stunning memoir of mothers and daughters blew me away with its beauty and honesty. At once unflinching in its exploration of maternal cruelty and unabashed about the wonders of a mother’s love, it manages to capture the complexity of that bond like nothing else I’ve ever read. An extraordinary achievement.’

‘Stunning and artistic…touching, surprising consideration of the unclear inheritances of family, and the certain fallibility of memory. Thanks to the literary time travel her exercise affords, Spiegelman sees her subjects, and herself, in a way she never otherwise could have. In the process, she learns and writes page-turning true stories of women, their work and love, which read like novels, and gains the rare sort of understanding that precludes the need for forgiveness.’

‘Spiegelman writes candidly and beautifully about the complex relationship between mothers and daughters.’

‘Spiegelman takes on the onerous task of picking at the narrative threads of her mother’s adolescence and unravelling it to find the truth. The result is this memoir, which is a beautiful thing. A word to the wise: your inclination will be to read this as fast as possible, but take your time. The language and the story both deserve your patience.’

‘Spiegelman deftly narrates her mother’s life, as well as her childhood, and explores the ways we idolize and finally come to understand the women who shape us. A beautiful, insightful read.’

‘Nadja is excellent at remembering, with a brilliant eye for the hilarious, disquieting and uncanny… The book is as affectionate as it is detailed, and the affection is deepened by this attention to detail, Nadja’s willingness to explore her subjects’ difficult sides.’

‘With this fiercely female chain of stories, Spiegelman has decided to plunge right into the most intimate and radioactive psychic material most women have on hand…Spiegelman is masterful at loading up her language with more meaning than is at first apparent.‘

‘Much like her father [Art Spiegelman] in Maus, Spiegelman braids the past with the present…At the core of these culled recollections is less a tally of pain and grievances than a testament to survival.’

‘Nadja traces back four generations of her family and writes sensitively, beautifully and honestly about the women in her mother, Francoise’s family and she and Francoise’s own compelling, conflicted relationship. A really thoughtful book that won’t fail to resonate.’

‘Any suspicions one might harbour of Spiegelman resting on the laurels of such an illustrious literary inheritance are immediately swept aside as you read her work. She proves herself more than worthy of comparison with her father, fully grasping the risks and the rewards of her chosen genre…I haven’t read a better memoir all year.’

‘Nadja Spiegelman’s I’m Supposed to Protect You From All This shimmers with elegance, mystery, and danger. It is a memoir of mothers and daughters, traced through four generations, as well as a study of memory and the stories we tell to create (and preserve) our sense of self.’

‘A thoughtful, poignant and powerful memoir about four generations of women and their relationships with each other, this book was at once an exploration of the complexities of family and a sharp look at the fallibility of memory. Smart, tender and beautifully crafted.’

‘Is it better, though, to accept that love and anger can co-exist; and that, particularly in mother-daughter relationships, such dynamics and dramas are frequently played out in the body, in attitudes towards lovers, food, appearance? Nadja cannot answer these questions definitively—who could?—but she can pose them arrestingly and illuminatingly.’

‘Nadja Spiegelman is the daughter of Françoise Mouly, art director of the New Yorker, and Art Spiegelman, creator of Maus, the internationally bestselling graphic novel about the holocaust…I’m Supposed to Protect You From All This is her remarkable, brilliantly executed memoir…It incorporates the process of making narratives and negotiating truth into its very structure, weaving in conflicted versions and allowing the reader to do some of the work of interpreting the ‘real story’ between the lines.’

Extract fromI’m Supposed to Protect You from All This

Rights forI’m Supposed to Protect You from All This