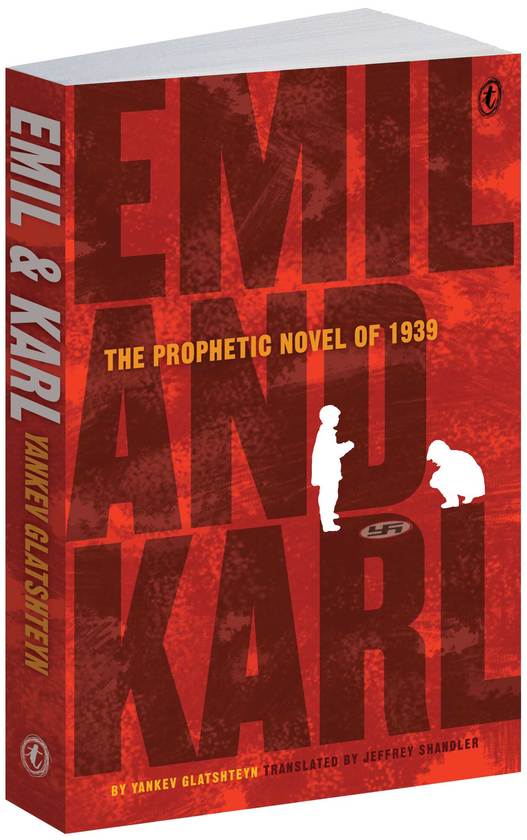 A story of friendship in a time of hate

First published in 1940, Emil and Karl holds a unique place in publishing history as one of the first works published in any language about what was happening under the Nazi regime. Glatshteyn’s novel was released a year before the US entered the war, and when the full horrors of the Nazi atrocities were unknown. Emil and Karl presents an unstintingly dark depiction of Vienna shortly after the Nazi occupation.

A taut, gripping page-turner, it revolves around the young boys Karl (a Gentile, with Socialist parents) and Emil (a Jew). The boys are inseparable friends who have only each other after both their mothers are dragged away by the authorities. Glatshteyn’s story of how the boys survive, and the stories of those who aid them in their plight, add new depth and insight into our understanding of an oft-depicted time. Emil and Karl is a wrenching narrative laced with humiliation, horror, love and incredible courage. Initially published in Yiddish, and never before available in English, Emil and Karl has been beautifully translated by Jeffrey Shandler.

Yankev Glatshteyn was born in Lublin, Poland in 1896. He was one of the major figures in the burgeoning Yiddish literary scene in New York City during the first half of the twentieth century, and a leading voice in early literary responses to the Holocaust.

‘One of the most haunting and beautiful books I’ve read in a long time. Emil and Karl is impossible to forget.’

‘Emil and Karl is utterly extraordinary, never read anything like it. Such a strange and fierce but also so terribly quiet narrative voice. An absolutely fascinating book.’

‘A stark and brutal portrayal of the darkest hour in human history.

Emil and Karl is a must-read for all young Australians.’

‘The historical imperative is not the only reason to read this elegiac story…A powerful book.’

‘Glatshteyn…is a beautiful writer, whose spare, taut prose has that rare, but unmistakeable, rhythm of the natural storyteller.’