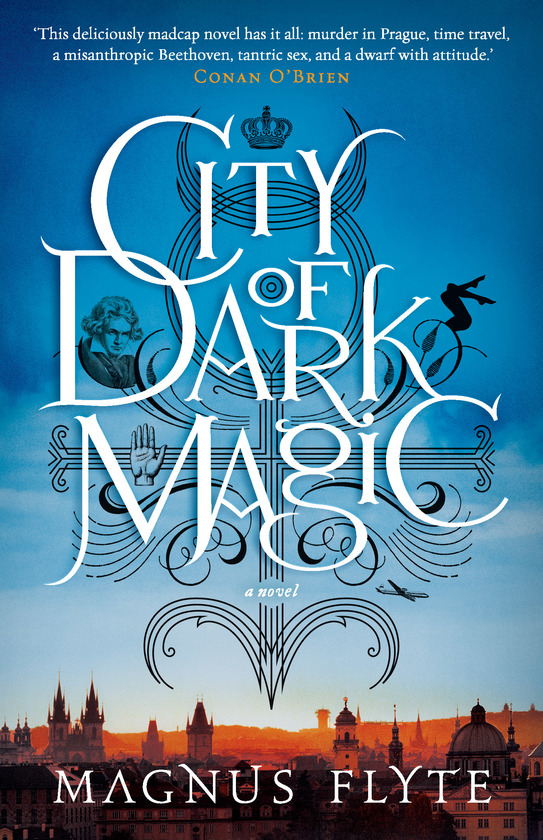 Once a city of enormous wealth and culture, in its day Prague was home to emperors, alchemists, astronomers. When music student Sarah Weston finds herself with a summer job at Prague Castle cataloging Beethoven’s manuscripts, she has no idea how dangerous her life is about to become.

Prague is a threshold,  Sarah is warned, and it is steeped in blood.

It’s not long after Sarah arrives that things start to go wrong. Her mentor, who was working at the castle, is thought to have committed suicide. Then Sarah begins to discover cryptic notes from him; could they be warnings? Following the clues about Beethoven’s “Immortal Beloved”, Sarah gets into more trouble than she could have reasonably expected. Arrests, sex and a touch of alchemy take Sarah on an exciting and occasionally dangerous trip. Along the way she catches the attention of a four-hundred-year-old dwarf, the handsome Prince Max, and a powerful U.S. senator with secrets she will do anything to hide.

City of Dark Magic could be called a rom-com paranormal suspense novel—or it could simply be called one of the most entertaining novels of the year. 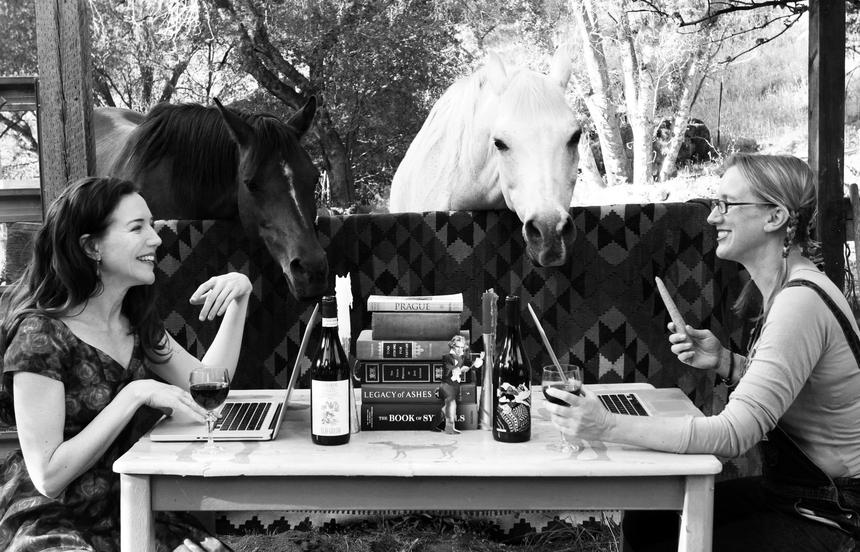 Magnus Flyte is a pseudonym for the writing duo of Meg Howrey and Christina Lynch. Meg Howrey is the author of the novels The Cranes Dance and Blind Sight, and her non-fiction has been published in Vogue. She lives in Los Angeles. Christina Lynch is a television writer and former Milan correspondant for W Magazine. She lives near Sequoia...

‘This deliciously madcap novel has it all: murder in Prague, time travel, a misanthropic Beethoven, tantric sex, and a dwarf with attitude. I salute you, Magnus Flyte!’

‘A comical, rollicking and sexy thriller.’

‘The most wickedly enchanting novel I’ve ever read and also the funniest. A Champagne magnum of intrigue and wit, this book sparkles from beginning to end.’

‘The darkly charming and twisted streets of Prague provide the deliciously dramatic backdrop for this paranormal romp that fires on all cylinders, masquerading by turns as a romance, a time-travel thriller, and a tongue-in-cheek mystery.’

The Save Venice fund-raiser began as these things do, with Bellinis, with tiny toast points topped with squid pâté, and with swaying musicians playing the greatest hits of Italian opera beneath a fresco by Tiepolo. Sequined women and tuxedo-clad men stepped out of teak vaporetti onto the private dock at Ca’Rezzonico where, it was hoped, strong drink and the thought of beautiful palazzi sinking into the sands below would lift wallets as easily as a child pickpocket in the  Piazza San Marco.<p></p><p>The organizers were salivating, greeting a German fashion designer, an American hedge fund owner, and a dour British playwright. Models had been hired to improve the beauty quotient, since billionaires are not especially attractive up close.</p><p>But just after midnight, something had gone terribly wrong. That was when, as one of the carabinieri put it, the <i>cascata dei corpi</i>, or human waterfall, began. It was a minor member of the Saudi royal family who went first, startling everyone around him by emitting a series of hoarse screams and then crashing through a glass window and plummeting out of sight. A billionaire American industrialist, who onlookers at first thought was rushing to save the Saudi, soon joined him. They were the first two.</p>