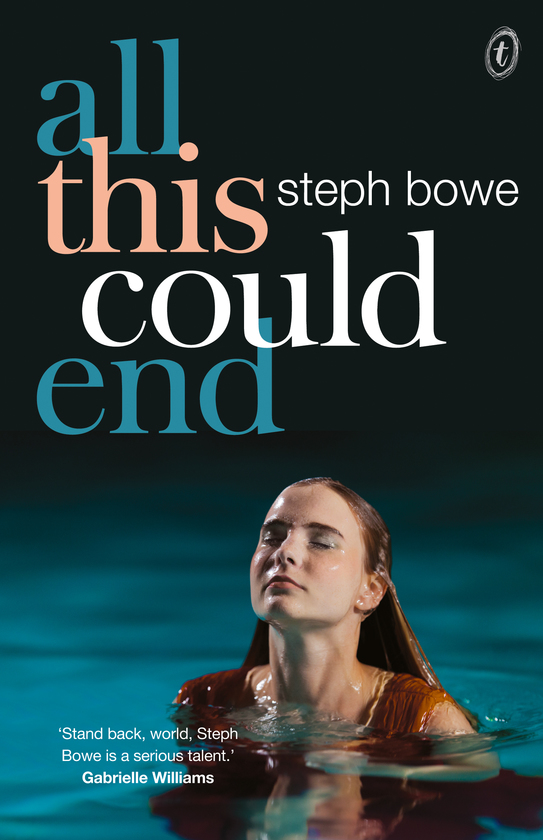 All This Could End

What’s the craziest thing your mum has asked you to do?

Nina doesn’t have a conventional family. Her family robs banks—even she and her twelve-year-old brother Tom are in on the act now. Sophia, Nina’s mother, keeps chasing the thrill: ‘Anyway, their money’s insured!’ she says.

After yet another move and another new school, Nina is fed up and wants things to change. This time she’s made a friend she’s determined to keep: Spencer loves weird words and will talk to her about almost anything. His mother has just left home with a man who looks like a body-builder vampire, and his father and sister have stopped talking.

Spencer and Nina both need each other as their families fall apart, but Nina is on the run and doesn’t know if she will ever see Spencer again. Steph Bowe, author of Girl Saves Boy, once again explores the hearts and minds of teenagers in a novel full of drama, laughter and characters with strange and wonderful ways.

Listen to Steph discuss sex in YA writing on ABC Radio National. 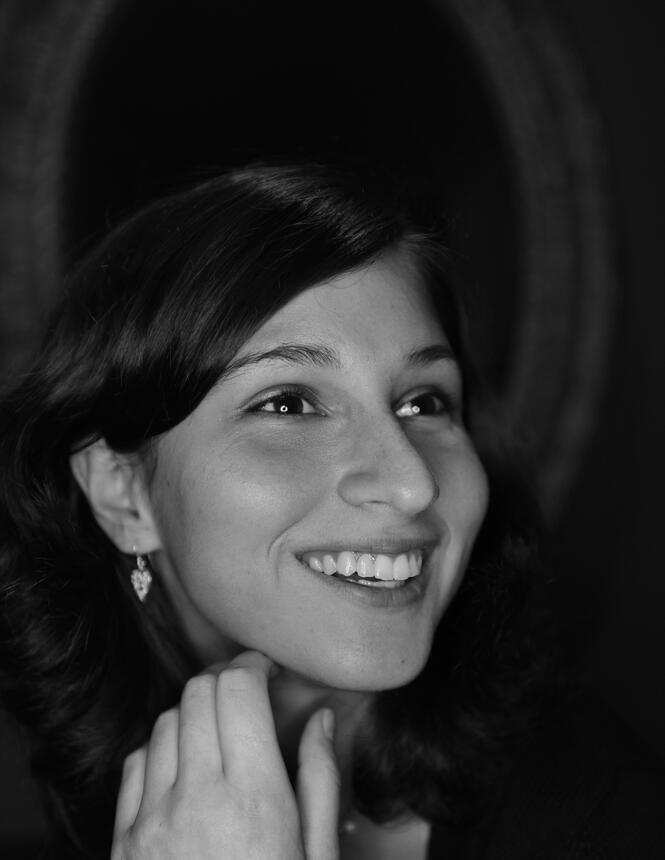 Steph Bowe was born in Melbourne in 1994. She began her writing career as a blogger, before publishing her first YA novel in 2010, at age sixteen. Girl Saves Boy was aptly descibed by Rebecca Stead as ‘full of the absolute truth—life is complicated’. Steph went on to publish two further YA novels, All This Could End, which was longlisted for the...

Praise for Steph Bowe
andAll This Could End

‘I am in awe of Steph Bowe. Her second novel, All This Could End, is so confident and perceptive that it is difficult to believe its author is only 18-years-old. Her outstanding evocation of what it is like to be on the verge of adulthood demonstrates a degree of self-awareness that most writers achieve only with the benefit of hindsight…Sophia Pretty is a particular highlight; a pathological mother figure with a flair for emotional blackmail who, while exaggerated, is sure to have teenage readers everywhere nodding in recognition.’ 4 stars

‘All This Could End is a great second novel and marks [Bowe] as a writer to watch.’

‘Thoughtful with wonderful offbeat moments and quirky characters, All This Could End is another engaging story by talented young novelist Steph Bowe. With her distinctive blend of light-heartedness and depth, Bowe delivers a story that prompts readers to think about how far they would be willing to go for family and the value of true friendship.’

‘Has a lightness of touch that makes her poignant expose of a family about to fall apart a sheer pleasure to read…Bowe elegantly captures a cast of quirky characters in this charming and believable tale.’

‘All This Could End is a stunning novel about secrets, family, and standing up to even those we love…I devoured this book in one sitting and it’s honestly one of my favourite Aussie YA books of all time.’

Extract fromAll This Could End

Nina Pretty holds the gun to the boy’s head, her other arm around his neck. Her balaclava itches. 'I’m not going to hurt you,’ she whispers in his ear, her voice calm and reassuring like she’s not freaking out right now. <br>‘Just don’t move. This will all be over very soon.’

Rights forAll This Could End