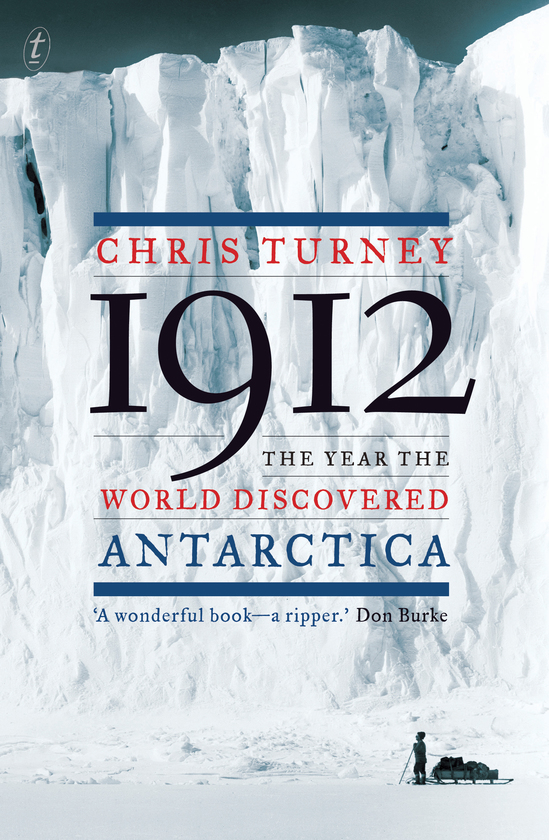 1912: The Year the World Discovered Antarctica

Chris Turney’s 1912 is an entertaining and beautifully illustrated history of an awe-inspiring subject.

The rivalry between Robert Scott and Roald Amundsen is a familiar story; what fewer people know is that, in 1912, five separate teams were exploring beyond the limits of the known world: Scott for Britain, Amundsen for Norway, Mawson for Australasia, Filchner for Germany and Shirase for Japan. The Antarctic discoveries made by these brave explorers enthralled the world and forever changed the way we understand our planet.

Chris Turney tells the story of the frozen continent, the heroic trials endured by its explorers and the lasting legacy for future scientific endeavour. Devoting a chapter to each of the five expeditions, he draws on previously unpublished archival material, framing the narrative with the broader idea of the spirit and excitement of scientific discovery.

To celebrate the centenary of Mawson’s expedition to Antarctica, Chris Turney will lead a team to retrace his steps. Find out more at ABC Big Ideas.

Chris was also guest of a two-part series on ABC’s Lateline, which you can watch here: 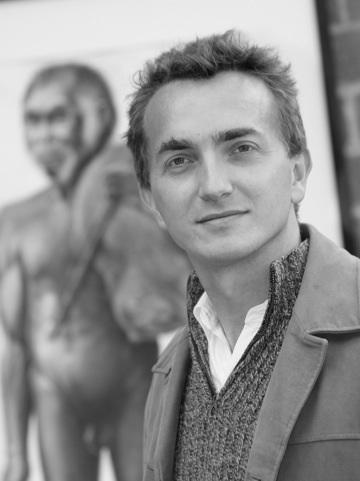 Professor Chris Turney is an Australian and British Earth scientist, and an ARC Laureate Fellow in climate change at the University of New South Wales. He is the author of Bones, Rocks and Stars: The Science of When Things Happened and Ice, Mud and Blood: Lessons From Climates Past, as well as numerous scientific papers and magazine articles. In...

Praise for Chris Turney
and1912

‘Hundreds of books have been written about this era of Antarctic exploration, but in telling the gripping, lesser known tales, 1912 is an excellent addition.’

‘Drawing on his own considerable polar experience, historic photographs and journals, [Chris Turney] presents a fascinating story of the men behind the first exploration of Antarctica. A well written and historically important work.’

‘What makes this book of particular interest to those familiar with Antarctic exploration literature is the somewhat unusual (and welcome) fact that it was written by a climate scientist. As a historian of the motivation, events and characters of Antarctic exploration, Professor Turney does a workmanlike job. But as a historian of the science behind the aforementioned he is brilliant.’

‘Turney successfully conveys the heroism and flaws of the early explorers as they challenged the preternatural dangers of Antarctica.’

‘A breathtaking journey into the expeditions, their traumas and dramas, their leaders and achievements…Chris Turney tells a fascinating tale.’

Cosmos
Other editions of1912

On 11 February 1913 England woke to the Daily Mail headline ‘Death of Captain Scott. Lost with four comrades. The Pole reached. Disaster on the return.’ The British assault on the South Geographic Pole had been complicated, involving sixteen men in small groups, supported by ten ponies, two teams of dogs and two motorised sledges. On 17 January 1912 the British had discovered the Norwegian Roald Amundsen had been beaten them to the pole by a month. They trudged dejectedly back to base, continuing their scientific work as they went. Scott’s fellow explorers were at a loss to explain what subsequently went wrong. How could one of the best-provisioned expeditions in Antarctica have ended so badly? There is no doubt that the weather played a major role, but might something else have contributed? The first clue was in a short set of notes: seven pages that had been buried in a file for nearly a century. They shed light on a chain of events that was precipitated in April 1913 by Lady Kathleen Scott’s arrival in London from New Zealand, returning after news of her husband’s death. During the month-long voyage Lady Scott had pored over her late husband’s diary and correspondence. Arriving in London on 14 April, she immediately contacted Lord Curzon, in his role as president of the Royal Geographical Society, and arranged a meeting in two days’ time. Curzon made the meeting notes after what appears to have been a wide-ranging discussion over Lady Scott’s findings. The deaths of all five men were discussed. Oates, it was claimed, most probably took opium before leaving the tent to commit suicide. But the meeting began, unsurprisingly, with talk of her late husband: ‘Scotts words in his Diary on exhaustion of food & fuel in depots on his return. He spoke in reference of “lack of thoughtfulness & even of generosity”. It appears Lieut Evans – down with Scurvy – and the 2 men with him must on return journey have entered & consumed more than their share.’ This must have come as a shock to Curzon. Had one of the returning parties, led no less by the expedition’s second-in-command, taken more than their fair share of supplies? Scott’s Antarctic venture was seen in some quarters as the society’s expedition. If Teddy Evans was even remotely suspected of being complicit in Scott’s death, the RGS might be asked some very difficult questions, particularly as he had since assumed the leadership of the expedition. Curzon immediately initiated an inquiry, asking several senior RGS members if they would discreetly help him investigate the matter. A few days later, however, Curzon met the widow of Edward Wilson, chief of scientific staff, who had perished alongside Scott: ‘Mrs Wilson told me later there was a passage in her husbands diary which spoke of the “inexplicable” shortage of fuel & pemmican [a concentrated mix of protein and fat] on the return journey, relating to depots which had not been touched by Meares and which could only refer to an unauthorised subtraction by one or other of the returning parties. This passage however she proposes to show to no one and to keep secret.’ Scott’s dog driver, Cecil Meares, was known to have removed extra supplies from one of the supply dumps, the Mount Hooper Depot. Halfway back across the barrier in 1912, Meares was starving. He had travelled the entire ice shelf on the outward journey, and the extra two weeks meant he and his dogs were desperately short of food. Taking the bare minimum, he left a letter telling the others of his actions. However, it was not Meares’s removal of the food that Wilson was referring to. To check Curzon’s claims, I was fortunate to view Wilson’s original journal at the British Library. The small dark hardback book contains remarkably light writing in pencil. Dates are jotted in the margins and the accompanying text is of varying length before the entries end abruptly, on 27 February 1912, several days before the men reached the depot where Meares had taken the extra food. All the material aligns with the published version, but the latter fails to convey a vital characteristic of the journal. Before 11 February, each line is filled with jottings; not one is wasted. After this date there are gaps in the text, with some entries missing entirely. The key date seems to be 24 February, when the returning party reached the Southern Barrier Depot. Scott was horrified to find there was a large, unaccountable fuel shortage. Wilson not only fails to mention this in the relevant entry; he doesn’t even remark upon the team having reached the all-important depot. There are numerous gaps in the entry. Whether someone has rubbed out text is unclear, but the absence is consistent with Curzon’s notes. It suggests that one or more explorers did take more than their fair share of food. The evidence pointed towards Evans’s team as the guilty party. And Lord Curzon could not risk the story getting out. Scott and his companions had been declared heroes. To suggest that one of the returning teams—albeit suffering scurvy—had helped themselves to more than their share of food, contributing to the men’s deaths, would have changed everything. The deaths would no longer be mere ‘bad luck’ but in part due to others’ need for self-preservation: not in the spirit of selfless Antarctic exploration. Survivors’ lives would be tainted and reputations—not least of the RGS, so closely aligned with the expedition—would be damaged. Lady Scott’s comments had sparked concern, and Mrs Wilson had made the accusation explicit. But there was little appetite for public scandal. Curzon appears to have shut down the inquiry— after 24 April 1913, there were no further references to it.